Newsrooms and the New Normal

Bageshree S, Associate Editor at The Hindu, talked about the future of print and how newsrooms have had to adapt to a whole new world which many refer to as the new normal. 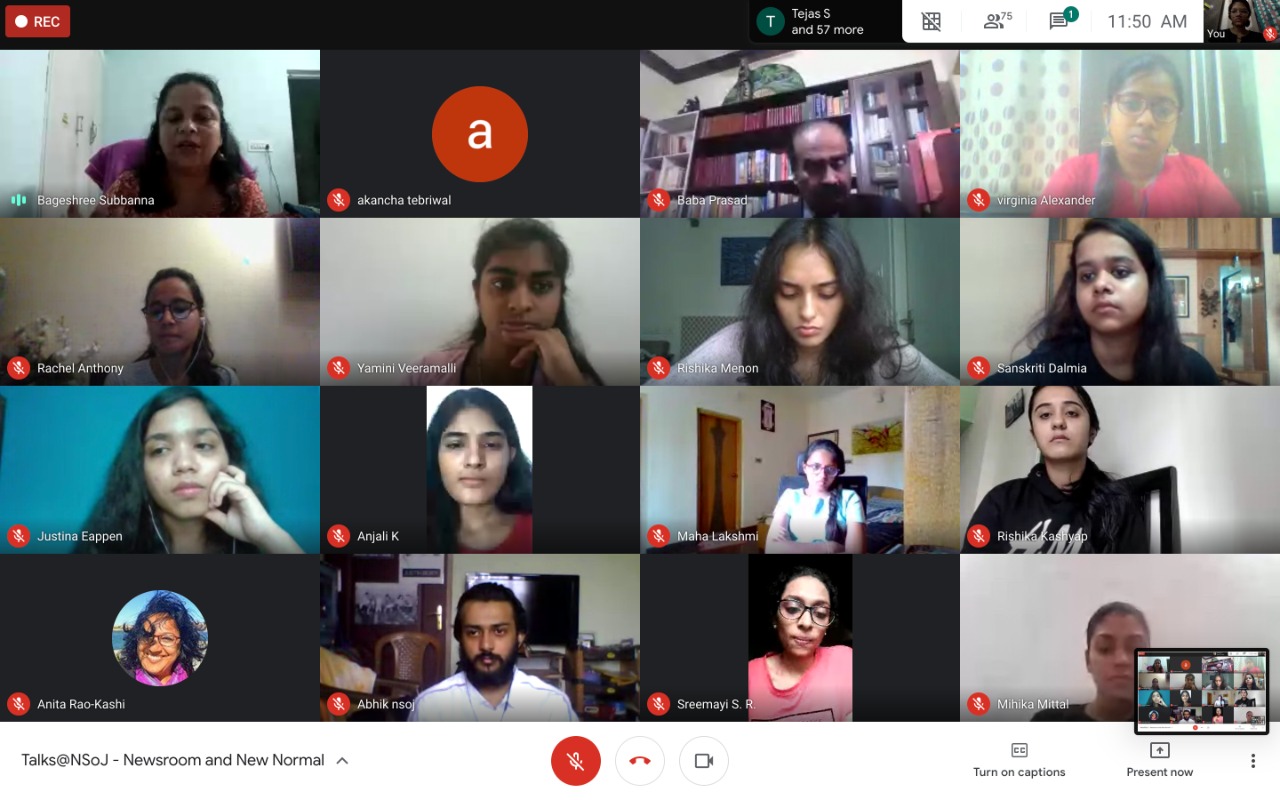 Bageshree S spoke about how newsrooms are adapting to the current situation.

Bageshree began by stating how working from home is not ideal and the job of a journalist involves being present at the scene of action for authenticity and accuracy. The situation today can be looked at using multiple prisms - one can look at it as a business, a profession, a workforce and livelihood. “If looked at from the point of a business, this was almost a double-whammy”, she explained, adding that the newspaper industry was already in a bad shape during the sudden announcement of the world’s biggest lockdown in India, with problems arising from an economic slowdown.

She highlighted that advertisement revenues and circulation were seeing a big dip owing to young readers accessing news on digital platforms. Despite the prediction by the World Association of News Publishers (Wan-Infra) about print publications’ decline not coming around until 2045 in India, the pandemic only accelerated the process of decreasing newspaper readership, she added.

Newspaper subscriptions took a 40% hit, because of rumours surrounding transmission of the virus via newspapers. This prompted some newspapers to issue messages on the front page saying it was safe to get newspapers at home. Print runs and special editions have been affected too: many newspapers had to cut their print run by half and stopped the publication of some editions. The cut in advertisement revenue was down by 60-70% in April, as stated by a few agencies. Festival periods which witness an increase in advertisements and major revenue didn't bring in much during the Ugadi season, although the upcoming festive season shows some hope for an increase in ad revenue. However, in terms of overall newspaper revenue, “we are not anywhere near the best-case scenario,” she remarked.

Newsprint and the Budget

She acknowledged that newsprint is a big part of newspaper production cost and while the reduction of import duties on newsprint from 10% to 5% in the last budget brought some relief to newspapers, many are hoping that import duties could be done away with entirely. “We don’t produce even half the newsprint that we need,” she said. While the newspaper circulation seems to be looking better than before, she believes that going back to the “normal” depends on whether people can pick back the newspaper reading habit.

Bageshree noted how all newspapers have shifted gears to focus on “Digital First”, which involves tailoring news to break it online before it can be structured for print, and how this is a fairly recent trend. “This is inevitable, and an indication of how newspapers are adapting to changing times. The pandemic has only sped up what had already begun”, she added.

When looked at as a profession, newsgathering has been considered an essential service. Journalists and reporters have lost their lives while reporting because the profession involves such risks. This puts a decision-maker in a dilemma about sending reporters on-ground, she said . This basic principle of reporting from ground zero as opposed to contacting people by phone to gather news cannot be asked from reporters without putting them at risk. “Striking a balance between going out and reporting from the ground and letting technology aid in the process could be a takeaway from this period”, she added.

Addressing the phenomenon of ‘infodemic’, Bageshree talked about how news on some media channels/portals or news circulated via social media is sometimes taken seriously even if they are not true. Verified news is most important now because there is so much fear-mongering, but this also means that investment is required here too. Taking a few examples, she explained how some news channels peddle stereotypical and stigmatising reporting of unverified stories, which is extremely dangerous to both the subject and the audience especially during a pandemic.

She highlighted other challenges in the new normal with salary cuts, retrenchments, employees being asked to go on indefinite leave without pay and how this reflected on job opportunities presently. Ms Bageshree concluded on a positive note about how verified news will always hold value even with changing presentation formats. Her talk was followed by a question answer session from participants about shifting models of newspapers, newsrooms, new measures to adapt to the easing of lockdown. In her response, she highlighted the functioning of newspapers, changes that will show in the process of news gathering and the camaraderie in newsrooms that would be lost if newsrooms close, and hoped that this doesn’t become a thing of the past.