Moving up the ladder?

The widely prevalent ‘sarpanch pati’ culture is a major roadblock to developing leadership among women. 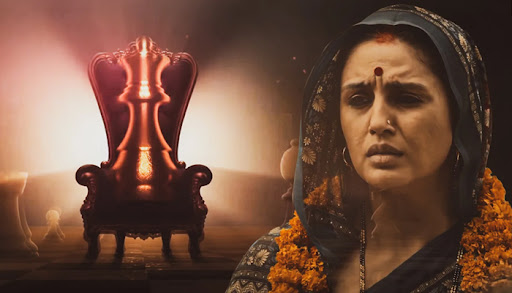 “Season two” is all about tightening the screws of power. Credits: Web Series Tale

This hilarious exchange between a newly appointed, just arrived city-grown-up panchayat secretary and two of his subordinates in a fictitious village named Phulera is the opening scene of the popular web series Panchayat. The conversation perfectly summarises the mildly complicated but mightily compromised case of Elected Women Representatives (EWRs) in many panchayats of India. The practice of reducing EWRs to mere titular heads is spread uniformly across the country. This phenomenon has been undermining the spirit and objective of a landmark event in the history of the country’s constitution.

In 1992, by the 73rd constitutional amendment, the Panchayati Raj Institutes (PRIs)- a system of three-tier local self-government, was institutionalised. The amendment aimed to democratise and decentralise the power hierarchy in India. It gave a constitutional colour to the Gandhian idea of gram swaraj or village republics.

However, the move to create self-efficient autonomous villages was not a noble concept. Beginning in Bihar in 1948, panchayats had existed since the early 1950s. Though, they mostly remained non-functional until the 73rd amendment of 1992.

However, the amendment had several new and binding provisions apart from adding another layer of government. Such a provision that stood out was reserving one-third of seats in the Panchayati raj bodies for women.

Subsequently- after Bihar showed the way in 2006, several states increased the quota for women to 50%. As of now, at least 20 states have the same. The objective is to nurture leadership among women from the grassroots. It is alongside ripping away the advantages of women uniquely positioned to realise child and female policy concerns.

EWRs to bail out!

With a staggering number of women and children being malnourished in the country, the role of EWRs becomes crucial. Data from the National Family and Health Survey (NFHS)-5 2020 stated that over half of the women between the age of 15-49 are anaemic. The data also revealed that 35.5% of children below five had stunted growth, 19.3% were weak, and 32.1% were underweight.

With the covid onslaught disproportionately affecting women and children, interventions from EWRs are key to effect improvements. And to their credit, are several small but impactful examples emerging from the hinterlands to demonstrate the capability of women leaders in the PRIs.

Take the case of Rasoolan Bibi, a ward member from the Banjari Panchayat in Bihar, who, along with her fellow EWRs, prioritised and devised her unique strategy to alleviate anaemia and child stunting from their panchayat. Through promoting kitchen gardening, and initiatives like Annaprashan and God Bharai, she has been making spirited efforts to better the nutritional outcomes in the panchayat (ThePrint, 2021).

Research using PRIs reflects that having women leaders in the local government enhances the chances of a woman coming forward and reporting crimes. Villages with women headmen observably invest more in essential public amenities, such as drinking water, than their male counterparts.

However, for women leaders to navigate authoritatively in a system designed to discourage women is a challenge. An assessment by the Centre for Catalyzing Change published that 77% of EWRs felt that they were unable to affect changes in their constituencies with ease. It also revealed that only 63% of the women held a phone, while a sparse 24% had a smartphone.

Institutional and cultural disadvantages burdened by women in the Village Republics- according to Mahatma Gandhi, where true democracy gets realised, often force them to fall back on their male kin to bail them out.

A title like Sarpanch-Pati- used to refer to the husband of women panchayat head- has unfortunately immortalised itself in our socio-political milieu. A Sarpanch-Pati may not be familiar to all in different states, but only to be replaced by equally subverting titles like Mukhiya-Pati, Pradhan-Pati, and many more, undercutting the power and authority of an EWR. Such a title is not always self-bestowed. Our societal-set up encourages and advances men over women. To see a woman command and control various aspects of community life when others of her kind remain subjugated challenges the collective ego of men.

Not all of the EWRs voluntarily allow their male members of the family to cut size. Most of them are merely pawns in the hands of their husband or other male kin, right from the nomination as a candidate to the day-to-day functioning of the chair. The power-hungry husbands and fathers-in-law have been impersonating such EWRs by using them as masks required to deceive a system that is rarely upset about deception. Last year, a 45-year-old man named Hathi Singh from Karan Chapra village in a district in Uttar Pradesh called Ballia broke his celibacy vow to allegedly contest in the panchayat election after the seat was reserved for women (news18.com, 2021).

“The passion for power as a village head was so high that he did not even wait for the right muhurta for the marriage”, the report read.

Potential women leaders are held back by culturally entrusted domestic responsibilities, which are also the tool for the men to maintain the status quo. No wonder even 13 years after a constitutional amendment bill aiming to reserve seats for women in parliament and legislative assemblies was proposed, it is still not a reality.

In August this year, when the Punjab government gave clear instructions to strictly prohibit family members from attending official meetings on behalf of EWRs, sarpanch-patis fumed, citing difficulty in travelling and the domestic duties of their wives. In the same month, a video surfaced from Madhya Pradesh after the recently concluded local body polls showed how, as I said before, the system is happy to be deceived. The visuals show husbands, Devars (brothers-in-law), and Sasurs (fathers-in-law) lined up taking oaths on behalf of EWRs.

Unlike the reluctant and self-restricted pradhan of Phulera Manju Devi, Bihar Chief Minister Rani Bharti, an illiterate homemaker from the political thriller 'Maharani', is not bogged down by men around and gradually (in season two) consolidates her power. Settled on the Kursi (chair), with a knee pulled up, Rani doles out orders with grit and confidence.

Like Rani Bharti, women leaders in India’s Gram Panchayats have made a tenuous start. But the time for them to show that they are no longer pushovers has arrived. The awaited season two from Rani Bhartis of Indian Panchayat is all about tightening the screws of power.