Explosions, Emotions and Enrique Arce’s (still) annoying Arturo combine to set up a stellar finale for the series’ conclusion in December. 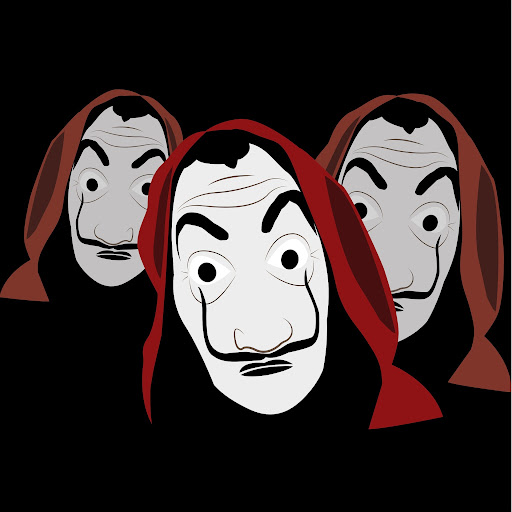 La Casa De Papel (or Money Heist as it is globally known now) has entered its endgame. The two-part final season debuted on September 3rd, 2021 on Netflix and sent the world into a frenzy with its fast-paced action, emotional sequences and the continued panic of the Spanish federal agencies as they try to retake the Bank of Spain back from our favourite robbers.

The End Begins
The ending to Part 4 left us all at a cliffhanger, a habit that the makers of the show love to use to torture us with. For almost a year and a half, we didn’t know what Alicia Sierra (Najwa Nimri) had done to The Professor (Álvaro Morte) after she discovered his hideout. Part 5, Vol. 1 builds an interesting dynamic between Alicia and Professor, after the former had been ousted by Colonel Luis Tamayo (Fernando Cayo) for aiding the illegal torture of one of Professor’s men - Rio (Miguel Herrán). The entirety of their arc takes place within the Professor’s safe house, and they are also joined by a “new” member in the hideout as the story progresses. I wonder which side this new member would end up taking.

Bank Brawls
Inside the bank, however, is a different story altogether. After successfully rescuing Lisbon (Itziar Ituño) and having her drop into the Bank of Spain, the group lost contact with the Professor due to Alicia’s capture of him. Lisbon takes charge of the group, and we get a cool shot of a “lets-go-ladies” moment which feels very natural and not forced at all when Lisbon, Tokyo (Úrsula Corberó) and Stockholm (Esther Acebo) take the lead to negotiate with the Spanish authorities outside the bank.

Elsewhere, a small group of hostages lead a revolt (guess who orchestrated it?) against the robbers by stealing their weapons and holding fort inside the bank’s armoury, where all the weapons that the robbers use are stored. This leads to an intense action set-piece where the constant exchange of gunfire between the two parties seems like the end of the road for our robbers. Arturo (Enrique Arce), of course, doesn’t stop being annoying and even though he has some nice lines, manages to get into Denver’s (Jaime Lorente) head regarding his relationship with Stockholm. Just be muerta already will you, Arturo?

Worst Hostages Ever
Arturo is not the only annoying hostage in the bank. The aptly named Gandia (José Manuel Poga) continues to verbally torture the robbers with his crude remarks and sadistic humour. Alicia Sierra, who was also a contender for the most annoying character in the series in the previous season, now takes a backseat and has a more subdued role. Seriously, if I was in a room with Gandia and Arturo and only had one bullet, I’d kill myself so that I would not have to deal with the one I left alive. 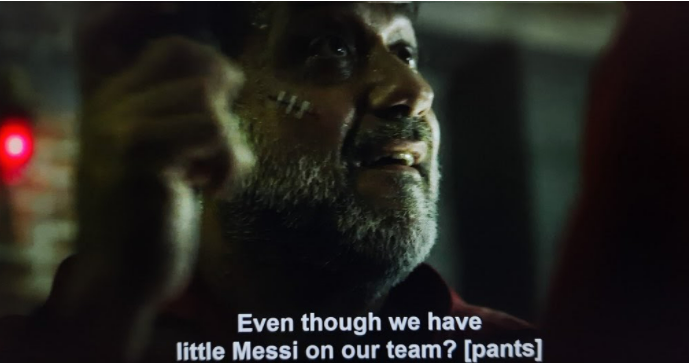 Berlin and the Boys
Where would Money Heist be without our favourite Berlin? Though only in flashbacks, Berlin (Pedro Alonso) steals the show every time he graces the screen as the show unravels the backstory involving him, his wife Tatiana (Diana Gómez) and his newly-introduced son Rafael (Patrick Criado) as they plan to pull off a heist which also involves Marseille (Luka Peros) and Bogota (Hovik Keuchkerian). The flashbacks, though not meant to be emotional, induce a sense of sadness in the viewers who really loved Berlin in the first heist. It seems like he has it all - a pretty wife, friends who’d risk their lives for him and a son who was initially reluctant to get involved but now is his partner-in-crime. Rest in peace you sweet angel.

The Tragedy of Tokyo
Berlin’s are not the only flashbacks we get to see. A major part of this season includes flashbacks from Tokyo’s life which reveal her backstory and how she ended up joining forces with the Professor. These flashbacks feature her relationship with her lover Rene, who was also her partner-in-crime. Rene was killed in a botched heist just before the events of Season 1 of Money Heist, and the flashbacks tell their story, their desires, their dreams, and it also reveals the reason behind Tokyo choosing ‘Tokyo’ as her alias.

After the show had taken a dip in quality after the stellar first two seasons, this season seems to bring it back up a little bit to the level of quality it got recognized worldwide for. There are flaws, there are sequences that don’t make sense, and sometimes the pacing is a bit off, yet Money Heist Part 5, Vol.1 seems to brush them aside to lay emphasis on delivering its story this season, and boy, quite an emotionally charged story it ends up delivering. Just make sure you’ve got tissues handy by the end of the fifth episode.

The heist (and our emotional torture) continues and comes to a conclusion with Part 5, Volume 2 - releasing December 3rd.