BMRCL has slashed the discounts on Smart card rates from 15 per cent to 5 per cent. With this, will smart card remain to be an incentive for the metro users? 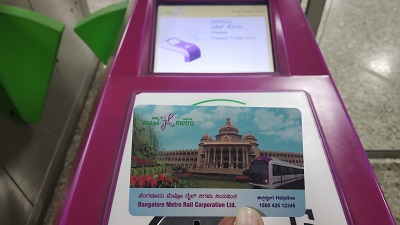 With the slash in discounts, smart cards are no longer an incentive

Bangalore: Politicians and administrators have time and again stressed on the use of public transport and urged the people to use the bus, metro, and other public transport facilities. At the same time, people should also be given incentives and encouraged to use public transport. But this is not the case with 'Namma Metro'.

Bangalore Metro Rail Corporation Limited (BMRCL) announced that it would cut down the discount rates on smart card fares from 15 per cent to five per cent effective from January 20, 2020. This would mean a 66 per cent decrease in the discount offered to smart card holders. The company mentioned that the increase in operating costs was the major reason to slash out the discounts.

According to the data, 62 per cent of the 'Namma Metro' users have a smart card. The corporation is expected to bag an additional Rs Two crore a month owing to the decreased discount rates. One of the other reasons why the decrease is planned is the increased cost of converting all the three-coach trains to six- coach trains. With cut-down in discounts to five per cent, Bangalore metro becomes the metro service offering the least discounts across the metro services in the country. Before the decrease in discounts, smart card users had to pay Rs 51 as the highest fare, which has now increased to Rs 57 (base fare is Rs 60).

The daily commuters of the metro have expressed their displeasure through social media, demanding a rollback in the discount rates. "Discount for smart card users was like an encouragement for us to use the metro. The metro is jam-packed during the peak hours; looking at this I do not think that they are running into losses. The government should intervene and act upon this," said Sushmitha, who is a daily commuter. Many others also support this move as the metro has helped beat traffic and is also well maintained. "I agree that the slash in discounts is going to affect many people. But BMRCL is expanding and if this decrease in discount is going to help them improve their service and increase the connectivity, then I will be happy," said Anand, a student. " I think it is a very intelligent move by BMRCL to increase their revenue. I am glad that they did not increase the base fare instead," said Shobha, a bank employee. 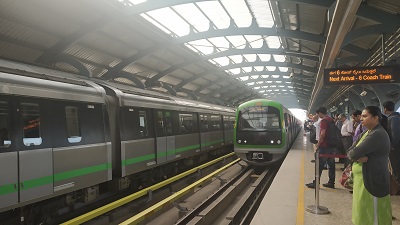 According to reports, Mr.Satyanarayan, the leader of BMRCL Employees Association alleged that this move by the corporation is to cover up the losses owing to mismanagement and he had warned the authorities of the impending danger. BMRCL has, however, overruled any such allegations.

Mid-2019, BMRCL also increased the minimum balance in the smart card to Rs 50 from Rs 10. This was also a burden on commuters. Now, with the decrease in discounts, use of the smart card will not prove to be an incentive anymore. If this reduces the number of smart card users, the burden to increase the number of single-use tokens and the manpower to issue such tokens will fall back on BMRCL.