Market woes ahead of the festive season

The booking process for Ganesha idols begins in May. This year though, with the Ganesha festival just a few weeks away, the sculptors haven’t had a single booking yet. 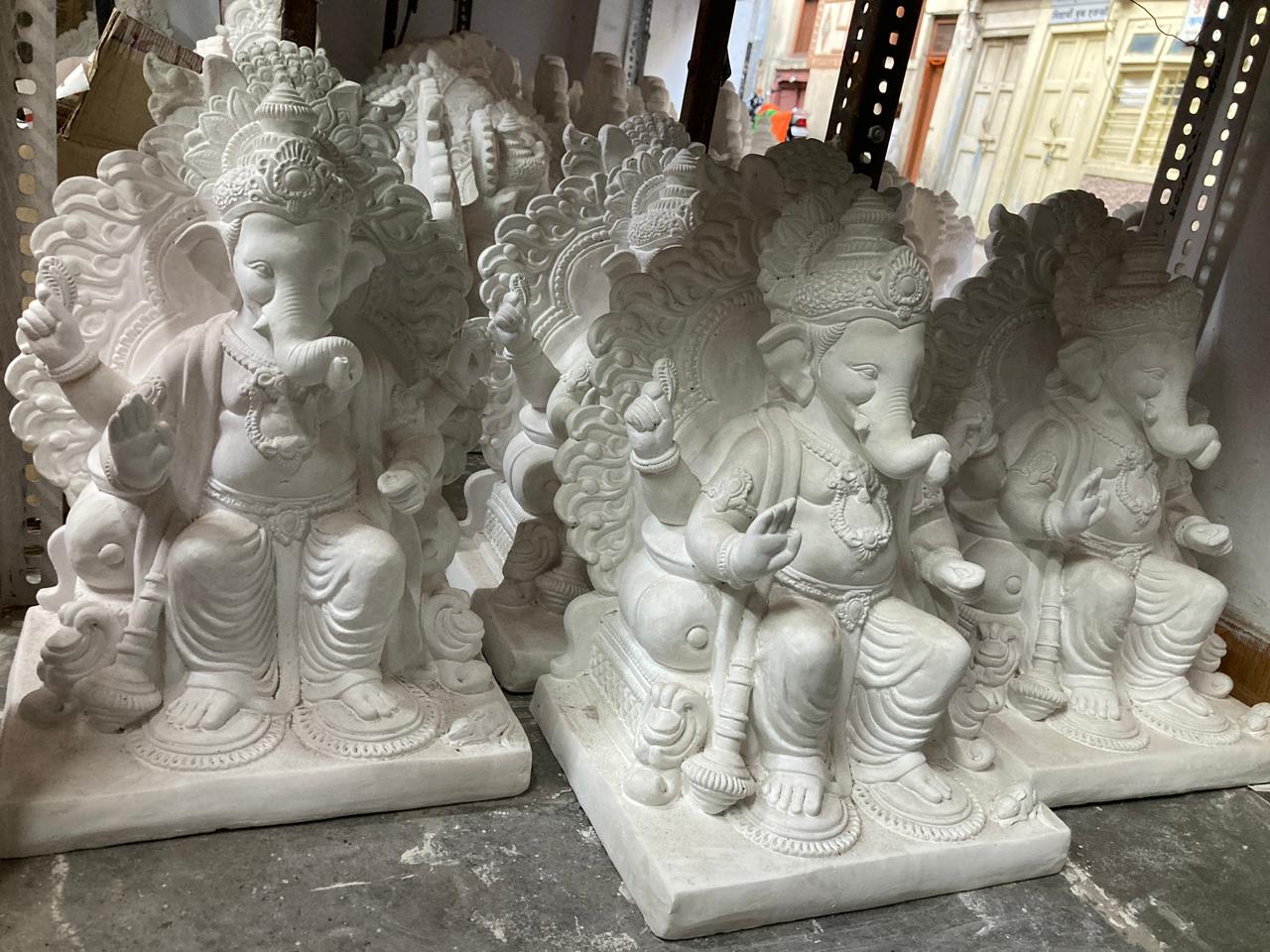 “In my entire lifetime of 64 years, Ganesha had never betrayed us until now,” says Shivram More after finishing the day’s work of creating Ganesh idols.

The Ganesh festival is unarguably the single largest festival in Maharashtra. Although it is known for its festive vibes, it is also an opportunity for people like Shivram to earn money.

The sculptor community has been severely affected by the outbreak of Coronavirus and the lockdown which followed. Numerous restrictions such as the prohibition of the processions, online darshans and smaller idols were placed on the celebration of this festival by the state government last year.

“None of us have received any formal education regarding sculpting. My son will be the 4th generation in the same business,” says Shivram More.

Although Mr More touted 2020 to be the worst year for them, they were still able to make some business through stalls. “The harm caused by the virus is unparalleled to any other event in history for us. The market went down by more than 50%,” he adds. The “Ganesh Murtikar Sanghatana” had put forth the reservations ahead of the government and the sculptors were allowed to function in phases.

According to Shivram, the number of Covid-19 cases is declining but the threat of new variants and another wave of cases scares him. After incurring the losses in 2020, the production this year has been kept limited.

The booking process for the idols begins in May. But the sculptors haven’t had a single booking yet.

Limitation on the height
Maharashtra’s Home Ministry confirmed that there is no change in the rule regarding the size of the idols. The idols should not exceed 4 feet in public and 2 feet for personal use.

“Considering the economics, labour and resources, it is not viable for us if these restrictions continue for long,” he says. He also says that although they have not approached the government for any help, he expects them to not burden them with such restrictions.

The narrative around the use of Plaster of Paris
According to the sculptors, the entire campaign against PoP is filled with loopholes and does more harm than good during the festival.

“The Shadu Mati Ganesha is 5 times more expensive and making it is also a very labour intensive process. In a day when we make 10 PoP idols, we can only make 1 Shadu Mati idol,” says Shivam More.

He also stated that the colour used on both the idols is the same. For pollution caused by the immersion of the idols, the activity of immersion should be brought under control, rather than banning the PoP idols.

“If the PoP idol is dissolved in certain chemicals (ammonium bicarbonate), one can use the remains as the fertilizer for the plants,” he continued.

The father-son duo believes that spreading awareness regarding environment-friendly behaviour is necessary, but providing resources to those whose livelihood is based on PoP idols is also important. 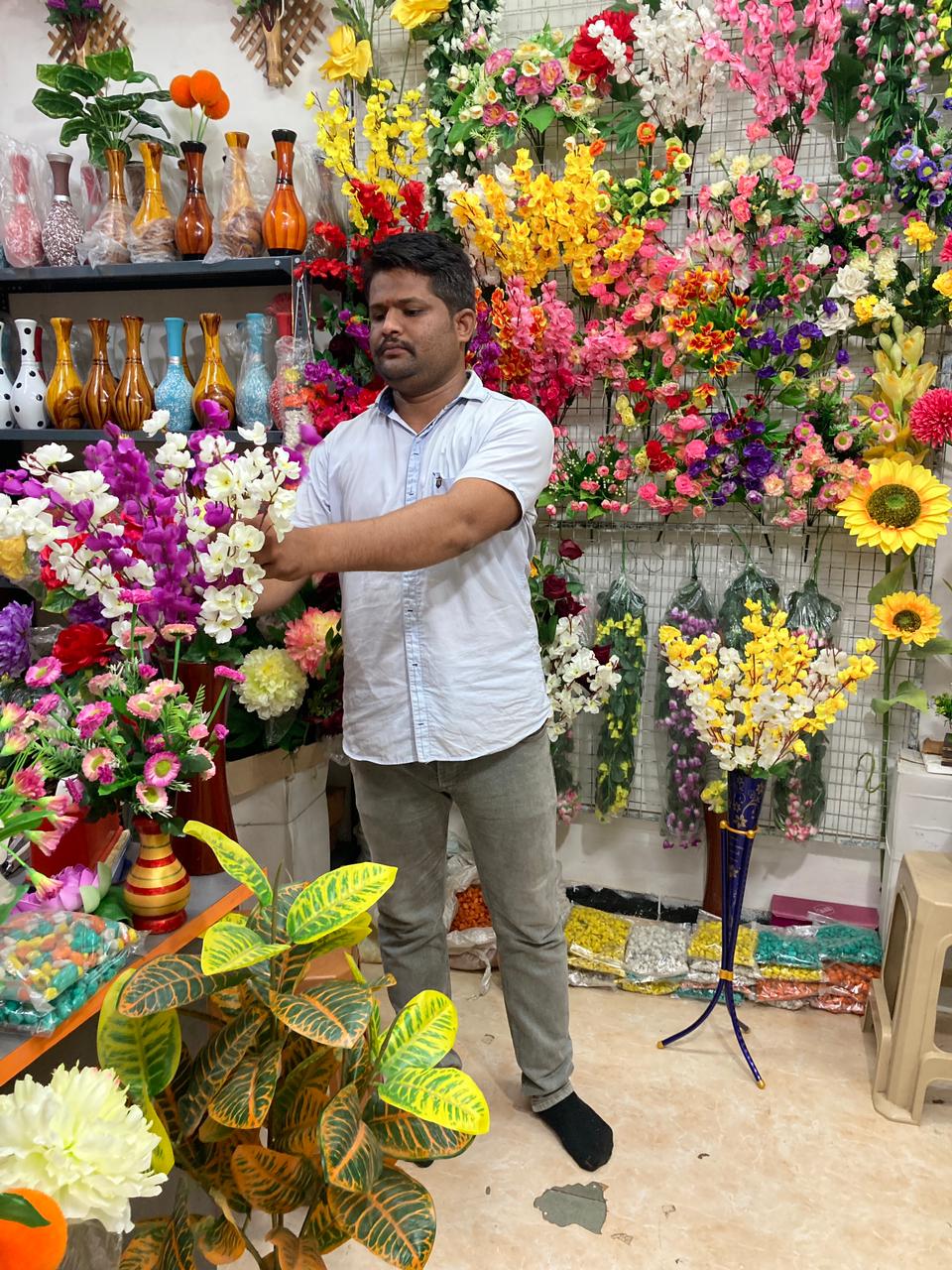 Pravin Kadam, a florist with his shop on one of the adjacent lanes, talked about similar woes. The difficulties caused due to the drop in earnings by more than 60% have been severe for his business.

“Public excitement has dropped and the markets have become less populated. All this is understandable but does not give us, the traders, a good feeling at all”

Mr Kadam believes that even in June it's too early to predict the lockdown procedures to follow. The decision would not be taken overnight and only after viewing the un-lockdown plan for the festival can they gauge the profit or loss estimate.

“The rent of the store is Rs. 500 per day, added to which we also got to pay the electricity bill,” said Mr Kadam.

The public has been limiting themselves to buying the essentials for more than a year now. The fact that flowers for decoration don’t make it to the essentials hurts them in tangible terms and otherwise.

The shopkeepers hope that the market, which has been quiet for more than a year now, will return to ‘normal’ with Lord Ganesha’s blessings.