Despite being a banned occupation, the practice of manual scavenging is rampant across the state of Karnataka. 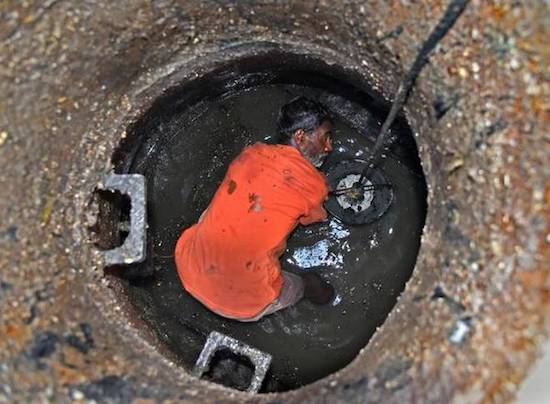 Despite being banned in 1993, manual scavenging is rampant across the country. (Representational image)

Bangalore: On January 25, 19-year-old Siddanna and Muniyappa (50), were found unconscious owing to asphyxiation inside a septic tank in Shivajinagar. While Siddanna was declared brought dead, Muniyappa fought a losing battle for his life in Bowring Hospital for four days.

The SSBS Jain Sangh Trust had hired Muniyappa to clean the septic tank on their premises on Infantry Road. Siddanna, the youngest son of Narayanna and Shankaramma, migrant labourers, moved to Bangalore from Ballari district in search of work. His family claims he had been coerced by Muniyappa, a mason, to clean the tank.

Upon realising that the boy had stopped responding, Muniyappa decided to investigate by getting into the tank and succumbed to the toxic fumes. According to reports, the 50-year-old suffocated as human excreta entered into his lungs. “Unfortunately, in such cases, where the deceased is covered in sewage, the police insist on evidence through forensic reports,” says Obalesh KB, of the Safai Karmachari Kavalu Samithi.

Although manual scavenging has been banned since 1993, there are more than 700 such workers in Bangalore, according to the Kavulu Samithi. However, since many labourers and pourakarmikas often double up as scavengers, the actual number remains unknown.

Under the Prevention of Atrocities Act and the Manual Scavenging Act, it is mandatory for the District Commissioner and the Bruhat Bengaluru Mahanagara Palike (BBMP) Commissioner to visit and inspect the site of the death. “When our NGO workers protested outside Bowring Hospital in order to file a complaint, not one government official was present, except for the social welfare officer. It is tragic that deaths of the Dalit people are neglected,” said Mr Obalesh.

In 2018, the Director General of Police circulated a notice to every police station in the city to register an FIR in such instances under IPC 304/2 (culpable homicide not amounting to murder); if the person belongs to a Scheduled Caste or Scheduled Tribe, the case must be filed under the Atrocities Act. In Siddanna and Muniyappa’s case, however, the police took more than 24 hours to register a case. No officers from the Commercial Street police station were present at the spot, either. 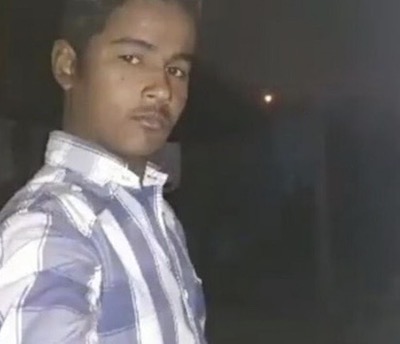 One of the deceased, 19-year-old Siddanna

The police have been waiting for forensic lab reports after a report by the Bangalore Water Supply and Sewerage Board (BWSSB) was submitted, stating no human excreta or waste was found inside the manhole where the two men were trapped.

Although the National Safai Karmachari Commission recently announced a compensation for the families of the deceased, the amount will only be released once it is proved that the cause of death was due to the waste inside the manhole. “There are eyewitnesses who claim that the men were covered in filth, but the police are clearly neglecting this fact,” Mr Obalesh added.

According to various welfare groups that protested at Town Hall on January 27, there have been similar cases across the State where police have demand evidence, despite the bodies being completely covered in waste matter. Such negligence has hampered the manual scavengers from getting due justice.

Meanwhile, both the BWSSB and the BBMP have refused to take responsibility, debating about whether the manhole in question falls under their department. The BWSSB claims they are only responsible for the underground sewerage systems and not drainage systems and open manhole pits, and vice-versa with the BBMP.

“When it rains, several manholes and drains overflow. We complain to the authorities but they never take this seriously, showing up days after the complaint was lodged,” a resident said.

“FIRs are being filed and strict action will be taken against all those who are responsible. Manual scavenging is banned and despite that, people have died. All those responsible will be dealt with,” Lakshman Reddy, Joint Director, Social Welfare Department, told the media.