Defeating a political party is never a journalist’s business. The scribe should continue to hold truth to power. 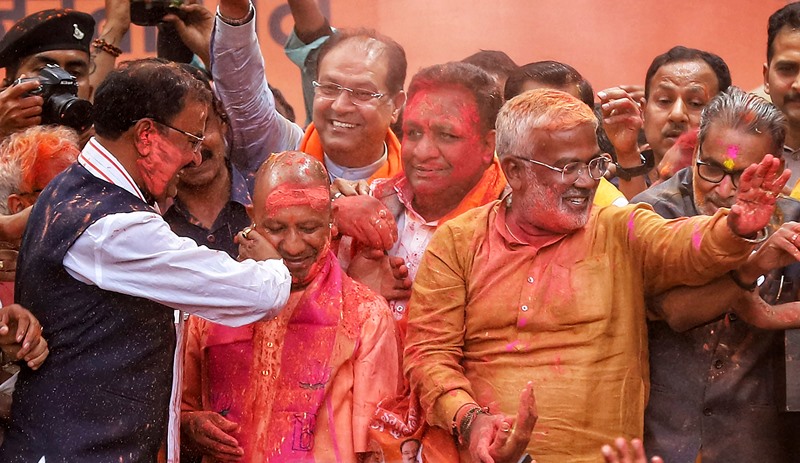 A thumping majority does not override constitutional restraints. Credits: PTI

We live in increasingly polarised times. In the just-concluded Uttar Pradesh elections, many poll pundits analysed the mandate by simply classifying those who wanted BJP and those who didn’t want BJP to come to power again.

This stark division also extended to journalists. Those seen to be ‘anti-government’ are scoffed at for their critical coverage of the incumbent when the latter got re-elected.

The ardent supporters and party loyalists had a field day this 10th of March, the counting day. Chief Minister Yogi Adityanath and the BJP-led NDA are back with a bang despite earlier reports of the battle being evenly poised. This has lent them a golden opportunity to take a dig and troll non-stop those journalists whom they see as against their party and government. The audacity stems from the massive mandate granted by the ‘Janta’.

Make no mistake, ‘Janta’ is indeed the biggest and the most powerful entity in a democracy, and ‘Janta ka darbar’ (the court of the public) apparently happens to be the supreme judicial institution whose verdicts, like the one we are talking about, are valued and respected by all. You may be an erudite commentator, a revered intellectual, or a big-shot newsman having adverse views about a regime. But, such is the moral force behind an election verdict that, when the regime is reelected, one is pushed into a moment of pondering. You start considering any possible amendments in your views.

Notwithstanding the outcome of such a self-deliberation, a journalist must not be asked to adopt a conciliatory approach towards the powers that be, as that is a violation of the critical spirits of journalism. Since when does an electoral mandate in any way absolve a government of accountability? Do the voters who voted also wish for the government to not be questioned? If the answers to these are a firm ‘No’, should a questioning journalist be trolled and taunted if the same party is elected back to power? After all, defeating a political party is not a journalist’s concern.

Having said that, it is deeply problematic to brush off the stories of deprivation and discontent, instances of impropriety and unavailability, and cases of high-handedness and lawlessness that kept emerging throughout the last five years in Uttar Pradesh.

Indeed, free ration stamped with images of the CM and the PM did, at the end of the day, prove to be the X-factor in the elections. But how does one reconcile to the fact that a state which splurges crores to brandish its model of governance and claims to be the number one has 65% (i.e, 15 crores out of the total 23 crores) of its people incapable of buying a kilo of salt or a litre of cooking oil? Isn’t this itself a severe indictment of ‘soch imaandar, kaam asardar’ (honest vision, effective work) propaganda? Should a journalist pointing out this rude irony be labeled as ‘anti-government’?

Just because the ruling party was going to win the assembly segments of Hathras and Lakhimpur Kheri, should a journalist have had to turn blind to the shocking brutality and injustice meted out to the populace?

Shouldn’t one blunt the bulldozer narrative peddled by the regime by exposing the selectivity of kinds of buildings being bulldozed? Shouldn’t an individual believing in the law of the land caution such authority of constitutional constraints?

A mandate should not be misread as a total endorsement of the last tenure. A vote is a decision by the voter reached after a great deal of deliberation, weighing good against bad and, most importantly, comparing what the other side has on offer. It's a decision underlined by hope and optimism.

So, stop deriding the critical voices.