According to YouTube, roughly 500 hours of videos are uploaded every minute with almost 5 billion videos and 30 million visitors per day. 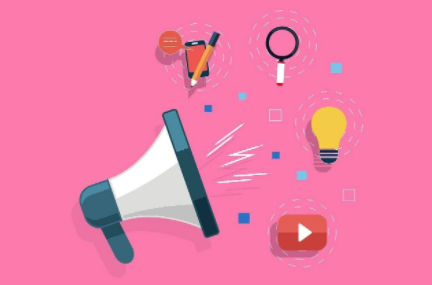 YouTube as a platform has emerged as the modern-day “Alice in Wonderland” but the catch here is that you are in control, you are the Alice. We get to see this wonderland through our eyes, it’s our thoughts, imagination, talent and perspective through this medium and it has given hundreds of thousands of people a chance to express as well as earn in the process.

The first generation of YouTubers today have turned YouTube into a battleground. You heard it right! A place where a constant battle takes place day and night between a wide variety of content creators for the so-called “number one” position, where the “good side” focuses more on the content and presents the best to their viewers and the “evil side” uses shady tactics to prove their supremacy. That is not what content creation is about. Hence, enters the second generation of the YouTube community; you, me, us.

“Content Creator”, “Vlogger” and “Youtuber” are some of the words which came into existence after YouTube cemented its place on the internet. These 3 words in today’s world hold a lot of value because it’s the main reason why YouTube gets populated with users and content every second. Ever since people understood the dull, manipulated and repetitive nature of the content shown on television, everyone took control of what they wanted to watch as the internet was opening the doors of freedom. Ever since this change, we saw a rise of sensible and engaging content. As the internet spread wider, so did the number of videos. According to YouTube, roughly 500 hours of videos are uploaded every minute with almost 5 billion videos and 30 million visitors per day. It is also predicted that by 2025, half of the viewers will discontinue digital cable-TV services.

Being a YouTuber or Content Creator might sound fun and interesting, after all, it’s the most “easiest way” to earn as the people say these days. Sadly, that’s a far cry from reality. It’s not as easy as just randomly uploading something and hoping for a positive reaction from viewers. In the end, it's always your content and your creativity which will make you a respectable YouTuber. It’s a fact that people do earn a lot through this platform but it’s more than what meets the eye.

First of all, drop the assumption or greed to become famous in a short amount of time. This will only lead to mayhem. It’s a maze out there, you will eventually get confused in the initial stages which are deciding what you want to create, what genre as a creator you want to venture into because the word “Content” is not just limited to genre or YouTube itself. It’s anything and everything you can create or contribute to the digital platform known as the internet. Even if you figure out your forte, you just cannot start by having your own identity. Yes, in the never-ending list of creators you cannot just go by doing the “bare minimum”. As a creator, you need to leave a mark, a signature move, which will set an image of you in the viewer’s mind.

The next part is where we tinker with the toys i.e. the equipment required for making these videos. It is not enough to just “point, shoot and upload”. There is a format or style which every video should follow in order to make a video presentable. An intro polished with edits, cuts, graphics, sounds, music and an outro should be the mantra for any YouTuber. Now a lot of people have this fear where they think that only high-end gear or expensive equipment can produce good content, which is absolutely not the truth, because, in the end, it’s the content which matters not the amount of tech. Anyone with a smartphone, a mid-range computer and an internet connection can shoot, edit and post a video online.

Now comes the most unpredictable phase, where the video is uploaded and goes public. It is now up to the viewers to watch and also up to them to be a critic of the video. It takes ages to build an empire, but just one single moment to lose everything and watch your empire burn to the ground, why? One must have the heart to hear your mistakes out and improve on them, because no one is perfect. Perfection is just a never-ending staircase which goes on forever so. This field requires constant learning and improvement. It’s up to you to let your anger get the best of you or take one more step on the perfection staircase.

In the end, after all the hassle, come the earnings and it’s not just from YouTube. A video can earn in a lot of ways, which is mostly from Ads and sponsors but above all of this comes talent and luck. If these two are in sync with your content then there is no stopping you. Aside from the revenue, the most important and the most valuable milestone will be the “YouTube Play buttons” on your subscriber count milestones. Those little things leave a lot of impact on a creator. Earning one gives you a sense of accomplishment.

As a person and a creator, one should always believe in patience. The trick is to not jump into conclusions based on the reception a video receives and always focus on the brighter side. YouTube is a huge platform and we are always oblivious to the type of audience who view the video and some of the audience start ranting about your videos just for fun. So it’s always up to either ignore or deal with the issue. A watched pot never boils so there’s no point in poking around the failures. Instead focus on fixing the failures. Happy creating till then.