LPG price goes through the roof 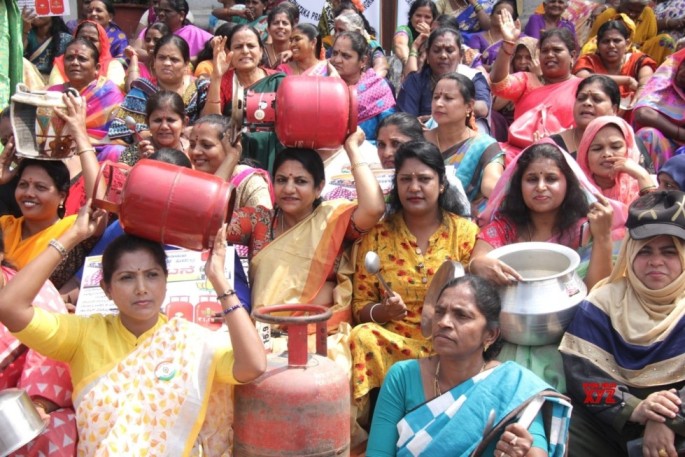 By Nandu G and Hiranmayi K

According to the government, the rise in international petroleum prices is to be blamed for this spike. This surge could compel the government to bring back the direct benefit transfer on LPG (DBTL) subsidy, which is credited to users' bank accounts, on cooking gas that was stopped in May 2020 when the pandemic took hold and international prices fell. In these ten months, the price of LPG rose by Rs. 237.5 or 41% per cylinder. Of the 28.8 crore LPG consumers, more than eight crore people have an income below the poverty line and are consumers under the Pradhan Mantri Ujjwala Yojana (PMUY).

The import parity price formula, which is based on international product prices, decides the cost of LPG. Saudi Aramco's contract prices (a benchmark for this calculation), ocean freight charges, customs duties, and port dues are included in the IPP formula. Other factors determining the final price include currency fluctuations, local freight charges, bottling charges, marketing costs, dealer commissions, and Goods and Services Tax.

LPG in India has 60 per cent butane and 40 per cent propane. There is a 171% increase in propane prices and a 148% increase in butane prices since May 2020, when the propane price was at $230 a metric tonne (mt) and that of butane $240 a mt. The government may examine a proposal to extend free LPG cylinders for beneficiaries under PMUY for three months again in FY22. Also announced in the 2021-2022 Budget is 10 million additional beneficiaries to PMUY.

Rising energy prices will fuel inflation in India which is the world’s third-largest oil importer. "The Union Government is only pushing the people into the morass of inflation to earn tax," Congress leader Rahul Gandhi has tweeted. "Raise your voice against the destruction of the country. Join and speak-up against price rise campaign," he added, along with a video in which people are seen protesting against the rising LPG and fuel prices.