“Love Aaj Kal 2” is a Valentine gifts for lovers. Imtiaz Ali presents a complex love story of choosing between career and love. 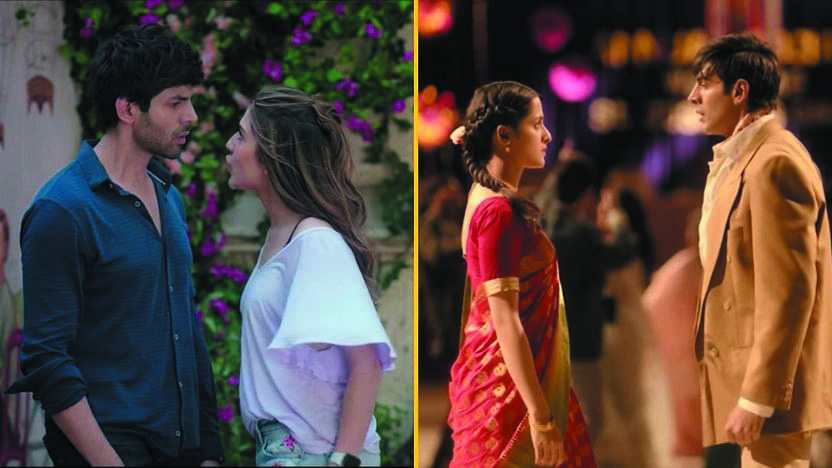 Bangalore: At various stages of life, we become so unsure specially when it is about career or love. We feel a relationship can shape up after establishing a successful career, but at the same time we may feel we can compromise the career for true love. We also regret our decision sometimes. Imtiaz Ali, director of the film, Love Aaj Kal 2, has presented this kind of a complex story of confused protagonists. In 2009 he made a film “Love Aaj Kal” with Saif Ali Khan and Deepika Padukone in the lead which became a success and will always be remembered for its music too. He has again made a film with the same title “Love Aaj Kal version 2”. It is not a remake of the first one but the plot is similar to that the earlier one. It has two parallel stories together: the present in which Zoe (Sara Ali Khan) and Veer (Kartik Aaryan) play the lead roles while in the one of the 1990s Leena’s character played by newcomer Aarushi Sharma and Raghu’s character is played by Kartik Aaryan.

Sara Ali Khan plays the most confused character in the film. She is a career-oriented girl sometimes, and is ready to sacrifice her career for love sometimes she doesn't like to fall in love before becoming financial independent. On the other hand, Kartik Aaryan of present is also a little confused but more of an old school kind. He thinks that Sara is a special girl for him but Sara doesn't feel anything for him until she listens to the love story of Randeep Hooda.

"Love Aaj Kal 2" has brought Valentine gifts for lovers, but some couples who watched the film felt the script was quite confusing. The film has little even for the general audience as it lacks anything that can make them feel entertained.