Literature And The Ordeal Of Being A Homosexual

A panel discussion on the literary works based on the troubles faced by the LGBTQ community. 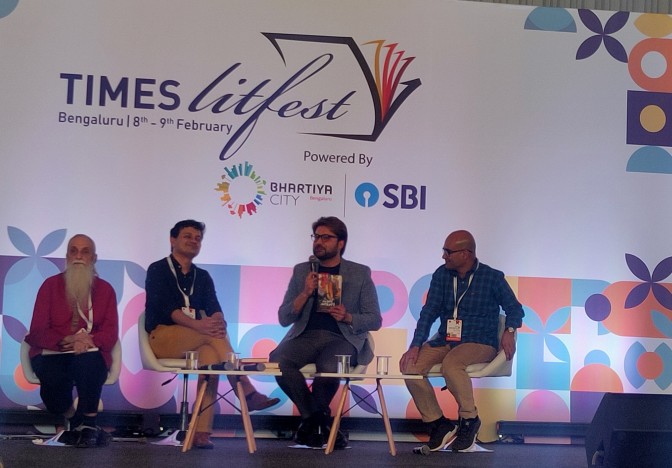 Bangalore: "There is a dire need to write to represent the distinct voices of the homosexual and queer community," said Nemat Sadat, activist and journalist. The Times Literature Fest held recently brought together literary minds to participate in a panel discussion that aimed to ignite a thought- provoking discussion on literary works that unapologetically represent the ordeals of being homosexual or queer.

It is a wonderful time to converse about sexual orientation. On one hand, we had the MeToo movement that opened conversations about consent. On the other hand, India witnessed the abolition of Article 377.

Chaired by Saikat Majumdar, novelist and critic, the panel consisted of Hoshang Merchant (poet), Vasundhara (Kannada author), and Sadat. The panellists jointly agreed that our had society failed to address same-sex relationships.

For many writers, writing about homosexual characters stemmed from a history of social pressure and depression. Vasudhendra talked about a period in his life when he was deeply depressed. “It was so bad that I could not sleep, hence I penned Mohanswamy’s stories”, he said.

Vasundhendra’s Mohanaswamy is not only a character but a journey of a gay man who is in a constant battle to comprehend his sexuality and fight the stigma attached to it. His collection of short stories intricately depicts the ordeals of being different in society. “Addressing the vernacular mould, Kannada readers were quite mature to accept my work, although initially there was some degree of hesitation as they didn’t know how to respond,” he added.

There was no equivalent to the word ‘gay’ in Indian languages. There was a need to coin a word, thereby indicating the negligence for the alternative sexuality within the regional languages. Information is available on gay literature in English language, but only a few can read them, added Vasudhendra. “Literature has a longer shelf-life. It sensitizes us towards the LGBTQ community," said Mr. Hoshang Merchant.