Legends of Bharatanatyam: A tribute to ‘Bala’ 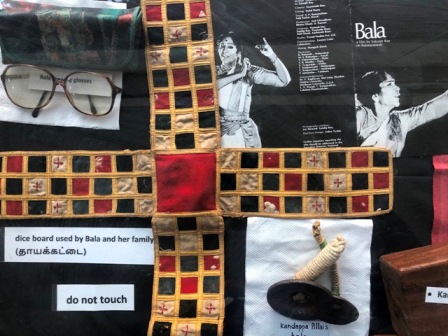 Bangalore: India has a rich heritage of over 5,000 years of performing. Through the years, there have been many stalwarts who have pioneered the art forms we see today; Thanjavur Balasaraswati was one of them.

Popularly known as Bala, she was a trailblazer of the Indian classical dance form, Bharatanatyam, in the 20th century. She is best known for revolutionising the art form, taking it from temples to different parts of the world.

The Museum of Performing Arts (MOPA), Chennai, is presenting an in-depth exhibition on the life and art of Balasaraswati, titled 'Credo of a Dancer' at the Indian Music Experience (IME), Bangalore. The exhibition features photographs and news clippings of her performances, preserved by her former student-turned- manager, Luise Scripps, and `her grandson, dancer Aniruddha Knight. Her costumes, ornaments, and other personal collectables are some of the exhibits on display.

Coming from a lineage of devadasis (female temple servants), Bala developed an interest in Bharatanatyam at a young age, performing her arangetram (ceremonial debut) at the age of seven. She soon made a name for herself as a profound devadasi dancer, largely owing to her simple approach to costumes and makeup, believing that art should be glorified, not the artist.

As the anti-devadasi movement gained momentum in early 20th century, she was forced to withdraw from the public eye. Despite a dip in her career in the 1940s, she opened a school to train students at the Madras Music Academy in 1953.

Balasaraswati, who would have celebrated her centenary anniversary in 2018, passed on her legacy to her daughter and grandson; Lakshmi Knight was trained at her mother's dance academy, while Aniruddha Knight is a well-known classical dancer, and director at Bala Music and Dance in the United States.

Even as Bharatanatyam has been glamourised and commercialized today, the exhibition exudes a sense of authenticity, much like Bala herself, who believed that altering the dance form "because it is considered 'boring' is to destroy aesthetic enjoyment."