Congress's failure in proving the majority, transfer of the incumbent LG, and the ongoing President's rule in Puducherry will be the influential factors in the coming elections. 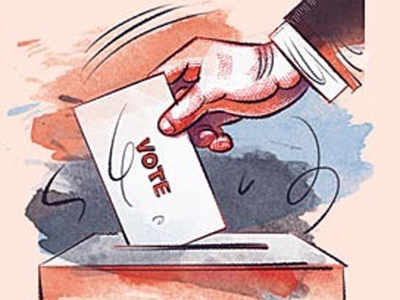 Bengaluru: The political disruption in Puducherry at the verge of 2021 Assembly elections has led to the imposition of President’s rule in the Union Territory (UT). The sitting Indian National Congress-led government has been thrown out of power, owing to its inability to prove majority during the no-confidence motion in the Assembly.

The replacement of the Lieutenant Governor (LG), Ms Kiran Bedi, by Dr. Tamilisai Soundararajan and the defection of five Congress Members of the Legislative Assembly (MLAs) and one Dravida Munnetra Kazhagam (DMK) MLA may impact the shape of the coming Assembly elections.

The Congress-DMK coalition, which ruled the Union Territory for four and half years, was not able to make it to the finishing line. The government’s differences with the LG were constantly making headlines. Chief Minister Velu Narayanasamy had alleged that the LG was running a parallel government and criticised her for intervening in all government matters. He had knocked at the doors of the Centre as well as went on a strike to pressurise the Union Government to change the incumbent LG. The internal agitation in the Congress party showed up when an MLA was suspended under the anti-defection law and some MLAs, including the Health Minister, left the party before Rahul Gandhi's election campaign began.

The Chief Minister had delivered an hour-long speech during the no- confidence motion and criticised the Bhartiya Janata Party (BJP) for encouraging “political malpractices” in the UT. The issue over the voting rights of the Centre-appointed MLAs too was a highlight of the Assembly session.

Puducherry politics have been going through a dynamic phase in which the Treasury Benches are vacant and the election campaign has taken off. The fall of the government will affect Congress in the coming elections as it portrays its inability to complete the tenure. Secondly, the Congress-led coalition had always stood against the LG and held her responsible for its poor governance. However, the transfer of the LG before the elections rules out the possibility of Congress gaining sympathy votes by attacking the LG.

The BJP on the other hand may use the situation to its advantage by distributing a ticket to the defected MLAs as they have a strong vote bank in their constituencies which may eventually help the BJP to come to power.