The Los Angeles Lakers ended a 10-year title drought by defeating Miami 4-2 in the NBA finals. 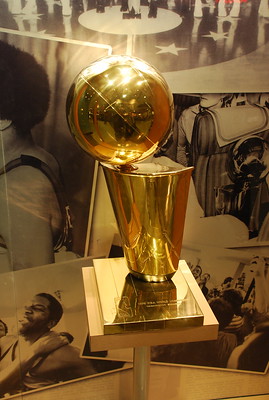 Orlando: The Los Angeles Lakers, led by LeBron James and Anthony Davis, clinched the franchise’ 17th NBA Championship with a 106-93 win over Miami Heat. Anthony Davis’ 19 points and 15 rebounds, alongside James’ magnificent triple-double of 28 points, 14 rebounds, and 10 assists sealed their victory. Rajon Rondo’s assistance of 19 points, 4 points, and 4 rebounds added to their dominance in game 6.

Unlike game five of the series, the Lakers dominated from the start and held a strong lead over their rivals. Although Miami put up a strong fight with Bam Adebayo’s valiant contribution of 25 points, they were no match for the Lakers’constant dominance.

This win not only marks LeBron James’ fourth NBA title but also his 4th NBA Finals MVP, making him the only player in NBA history to win the MVP title on three different teams. His championship wins make him the only active player to win four titles.

This win comes at a very special time for the Lakers. With the tragic demise of basketball legend and Laker icon, Kobe Bryant, this was the perfect tribute to honour his memory.

"There would be times in the middle of the night, I would hear his voice: 'Stay the course. Finish the task,'" said the Lakers’ general manager and Vice President of Basketball Operations, Rob Pelinka, who was also Kobe Bryant’s agent, in an emotional post-game statement.

Twitter erupted as the Lakers ended their 10-year title drought, with fans celebrating all across the globe.

It was Jimmy Butler’s triple-double in game five that prevented the Lakers from winning the series 4-1. Although they could not defend themselves against the Lakers’ defence in game 6, Miami will walk away from this season heads held high.

"We're going to learn from this. We're going to get better. We're going to come back. That's what we're all saying in that locker room," he says, remarking on the incredible journey he’s had with the team and their journey to the finals.

The Lakers now tie with the Boston Celtics for the most title wins (17 overall). This win marks an emotional end to an unprecedented season in the midst of a global pandemic.