The 74-year-old Karnataka State Football Association is faced with several problems, thanks to the series of lockdowns imposed owing to the global pandemic. 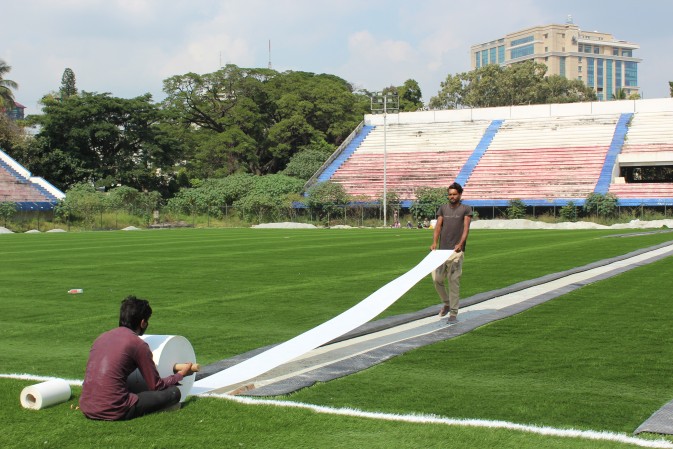 Laying of the new football turf by workers.

The Karnataka State Football Association (KSFA), established in 1946 as Mysore State Football Association, is one of the 36 State associations affiliated to the All India Football Federation (AIFF). In all, 30 districts come under the association, including Bangalore, which houses the magnificent Bangalore Football Stadium (BFS). The grand stadium is the home ground for more than 150 domestic football clubs. Along with important leagues such as the Bangalore Division A, B, and C leagues, State Junior Championships and the Women’s league, which was introduced recently, are played here regularly.

This stadium witnessed many disruptions in its development activities during the several lockdown phases in Karnataka owing to the current global pandemic.

Speaking on the delay in the completion of work, M. Satyanarayana, Secretary of the State Football Association, said: “We could not get workers to complete the ongoing football turf work during the lockdown”. He further added that as no sport was played across the city and the State then, the ground rent that they had been collecting from various teams and players had dried up as a result. Many state players also suffered as the selections for the State team had been cancelled. Players who come from financially unstable backgrounds have been forced to look for alternative jobs.

One of the primary challenges faced by the association currently is the strengthening of grassroots football. Mr Satyanarayana said: “We must first strengthen our grassroots football to enhance the possibilities of selection of more State players for the national team”. The association has also brought certain schools under its jurisdiction in order to encourage students to play a sport so that a pool of young talents can be readied for trials and further training. The association believes in grooming young individuals from the initial stages which will eventually shape them to be better professional sportspersons.

KSFA is also focusing on physical fitness, proper nutrition, and good mental disposition as the three vital requirements for a player’s overall personality development. The association secretary said: “Players must idealize a sports personality of their choice to get an inspiration for fitness.” To tackle the impact of the lockdown on the players’ mental health, the association has also appointed psychologists.

Even as the financial crunch has badly affected KSFA’s infrastructure projects, the State government has constantly rejected the association’s project-related pleas, leaving it at the mercy of social media for generating quick revenues to complete development works.

The State Football Association, which is busy framing the standard operating procedures for the upcoming tournaments, is also bracing to handle a few other challenges that may arise in the post-pandemic world. 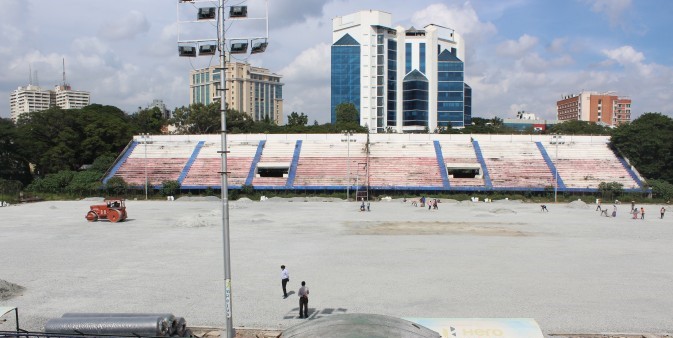 An established shot of the Bangalore Football Stadium.