Kashmir in Pictures: The Heartbreaking Truth

Mriganka Lulla presents a photo-essay from her visit to Kashmir in an independent capacity between October 5 and 9, 2019. Her purpose is to give the world glimpses of the very complex and multifaceted truth of Kashmir as seen through her eyes. 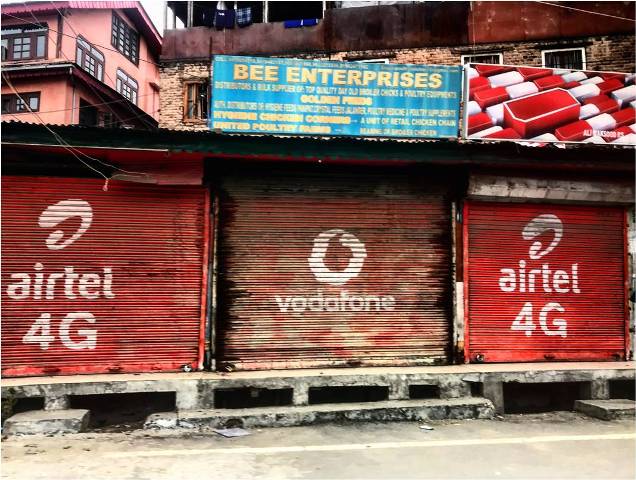 Telecom Company Advertisements On Shuttered Down Shopfronts In Downtown Srinagar

On October 5th, or Day 60, exactly two months after the Indian government cut off communications, including phone services*, the internet and credit card networks, I landed in Srinagar’s Defence Airport.

Unwittingly, and breaking the slow tension that had descended, our flight attendant announced that we could now use our mobile phones. Without pause, my fellow passengers laughed. Some, finding solace in the irony of it all, others, understandably bitter.

And Kashmir has plenty to be bitter about.

For over two months now, shops have been shuttered down and city life has largely come to a standstill. Only recently, morning markets have become operational between 6:00 and 9:00 a.m, for “emergencies”, as the locals say. Indian officials allege that this is because of threats from militants in response to the abrogation of Article 370. However, local Kashmiris say that this is also a form of non-violent protest against, what they consider to be, an unconstitutional removal of their special status by the Indian Government, as well as against the ongoing communications blackout.

*Only Postpaid services are said to have been restored in the valley 70 days later, on Monday, Oct 14th, 2019. 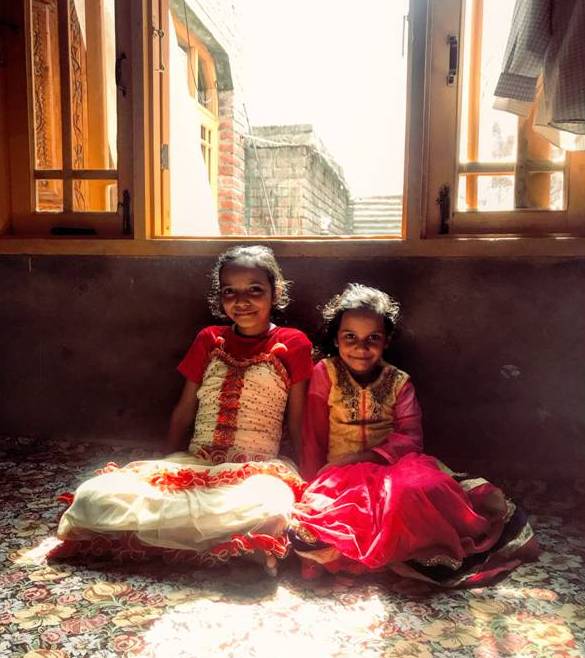 PICTURED: A delightful afternoon with two of the spunkiest girls, Maleeha (9) and Tabiyah (5), in Soura, Srinagar

“Ever since the communications blackout, I haven’t been able to meet any of my friends from school. Uzma lives nearby, so sometimes I see her.”

Registered schools in the Valley have recently been forced to reopen, but parents are too scared to send their children to school. Unable to communicate, unaware of who will be on the bus, whether teachers will even show up, and, also terrified that their children may get caught in a stand-off between Protestors and the Army, parents cannot fathom sending their children outside, even to school, amidst such uncertainty. As a result, children have been out of school for over two months now. 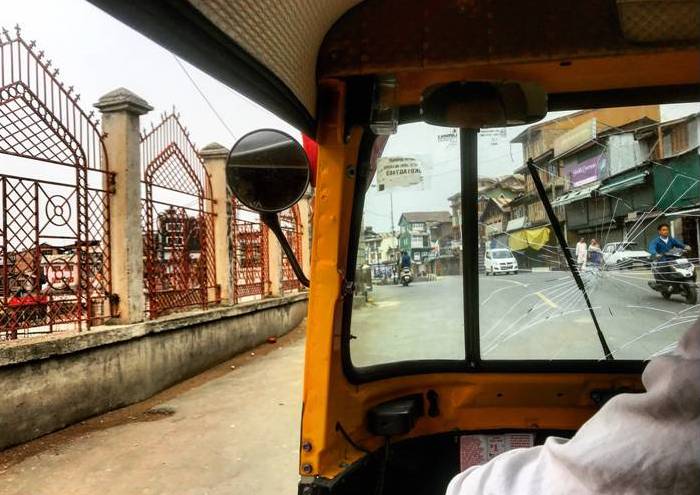 PICTURED: Driving past the Jamia Masjid in downtown Srinagar, in a rickshaw whose windshield cracked from a stone that hit it during a demonstration

“The Jamia Masjid has been shut since the 5th of August. They didn’t even allow it to be open on Eid. Who knows, maybe Mr. Modi will now even stop us from reading Namaz.” 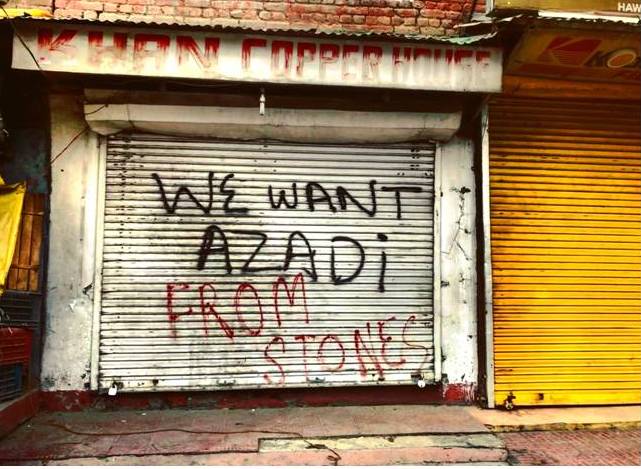 PICTURED: Another shuttered shopfront, expressing a large number of Kashmiri's desire for freedom or ‘AZADI’

When Kashmiri self-expression is modified, if not censored - - I saw several shutters covered in graffiti that had either been sprayed over, blacked out or changed into something else. “Go Back India” is changed to “Good India/Good Indian” (see image below) 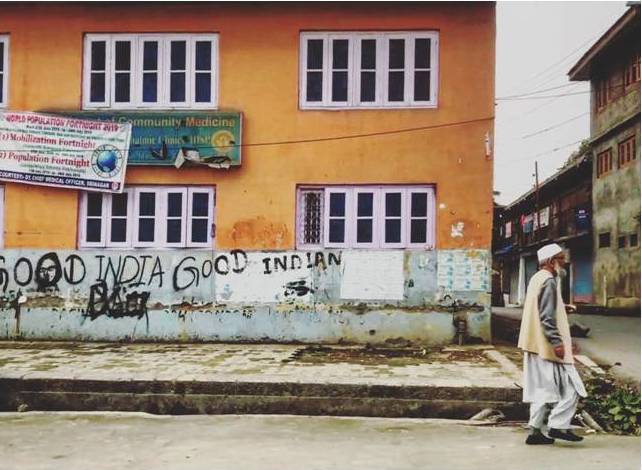 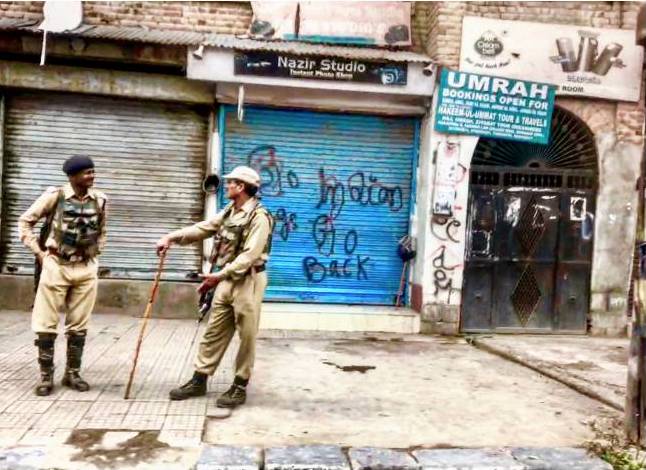 Since August 5th, an additional 38,000 troops have been sent to Kashmir, with at least one army official stationed every 30-40 metres. More irony: the added security only makes you feel more unsafe.

Kashmir is one of the most militarised regions in the world. 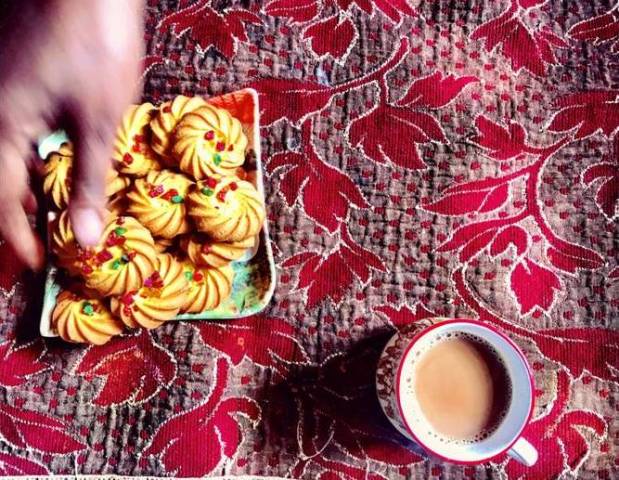 PRO TIP: Treat Yourself to a piece of freshly baked Kashmiri Chocowar (Sesame Bagel) - It is Divine.

Over an afternoon cup of noon chai and delicious cookies, I spoke to Zubeida-ji, whose words have given me much pause.

When the communications blackout happened, I had stepped out of my house to buy some milk. Who knows when I’d get milk again, given the uncertainty of the current environment? Suddenly, an Army Officer grabbed me and pulled me aside. A stone hurtled past me. It was bigger than my head. If he wasn’t there on that day, who knows how many pieces my head would have smashed into?" 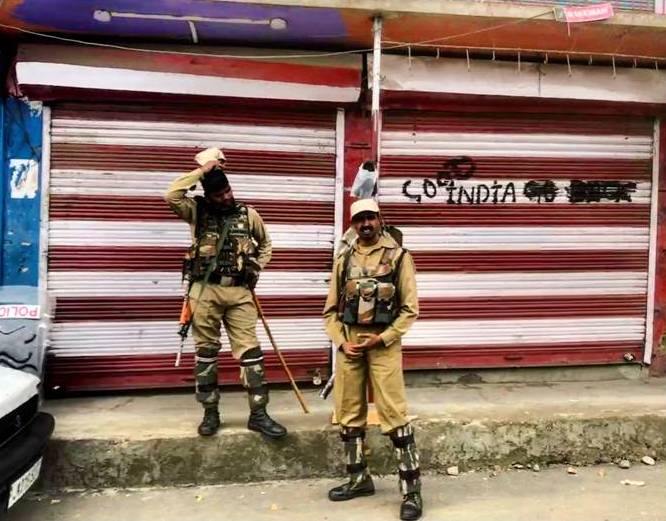 PICTURED: Two Indian Army Officers in front of shuttered shopfronts on the road to Soura, Srinagar

Soura and Anchar are two particularly volatile regions in Srinagar, where protests, demonstrations and stand-offs between ‘Stone Throwers’ and Army Officials have been rife.

I wanted to see what was really happening, and so, in order to be less conspicuous, my driver packed me into his brother-in-law’s rikshaw.

Shortly into our drive, a little bit ahead of where this picture was taken, our rickshaw was stopped.

An Army official had seen me use my phone and thought I was taking videos of the desolate street, angry graffiti and paramilitarization. Just to be clear, I didn’t take any videos, but I had taken photos.

He called his senior standing near by, who begun to question me.

“Who are you? Where are you from? What are you doing here?”. I answered honestly, and to the best of my ability. I also offered to show him the pictures of the Dal Lake and the Hazratbal Dargah, more typically tourist things I had also captured.

He cut me off, and told me point blank, to stop taking any pictures. Then, he turned to my driver.

“If she makes any noise, I will beat you till you are red.” Silently, my driver drove on. He was used to being spoken to like this. 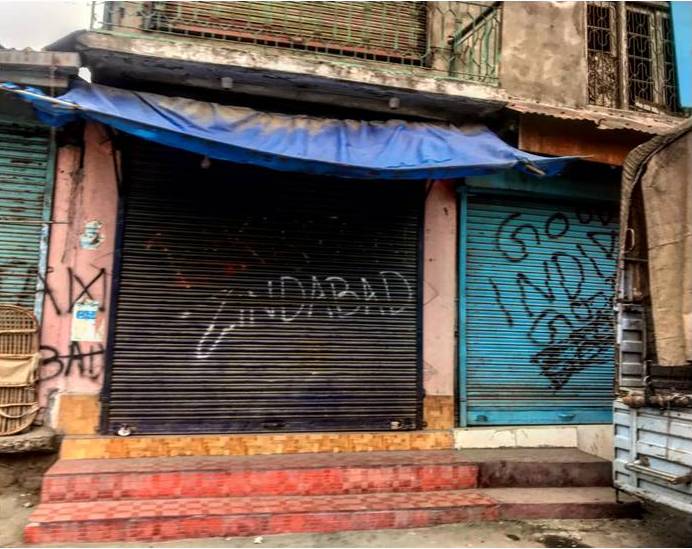 PICTURED: Graffiti on the way to Anchar, Srinagar, that is semi-blacked out and says “PAKISTAN ZINDABAD” (Long Live Pakistan)

“You know, the Government keeps saying that Pakistan pays these 13 year olds to protest. Do you really think 500 rupees is worth facing a gun with a stone?” - Razia, a local Kashmiri journalist.

Just a few days before my visit, Pakistan’s Prime Minister, Mr. Imran Khan, visited the United Nations General Assembly, where he gave a rousing speech, highlighting the plight of the Kashmiris and the repercussions of potential, almost inevitable violence, when India does lift its curfew in Kashmir.

To some, it is perfectly clear that Mr. Khan is taking advantage of a bad situation and turning it in his favour. Others feel that at the very least, in this moment, Pakistan is a sympathetic party, by drawing the world’s attention to what is happening in Kashmir - - while the Indian Government continues to insist that things are “normal”.

“Imagine the desperation of our children, if a 13 year old boy is willing to face a gun with a stone.”

As reported by the Telegraph, and based on a report by the National Federation of Indian Women, over 13,000 boys, some as young as 9, have been arrested since August 5th. 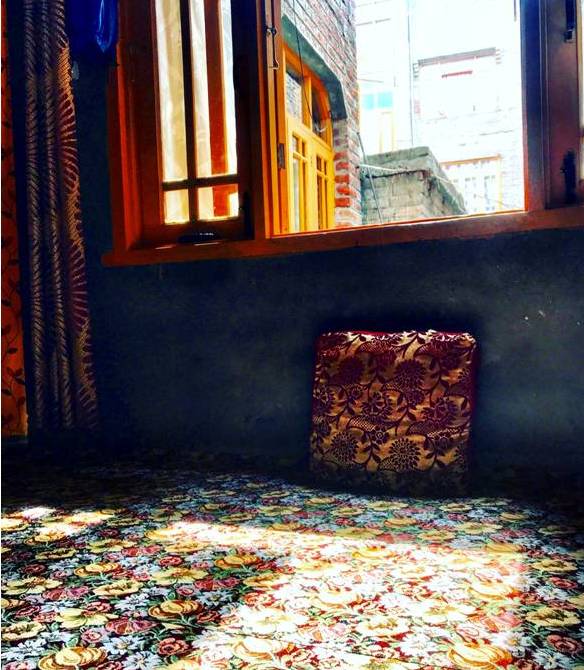 PICTURED: My driver was kind enough to invite me to his home for tea. Here is his beautiful, Sun-lit living room

“I consider myself Indian. Why not? I’m 40 years old. For forty years, India has been the one to feed me. And now, should I suddenly decide to go to Pakistan?! That’s unfaithful. And my religion does not teach me to be disloyal. 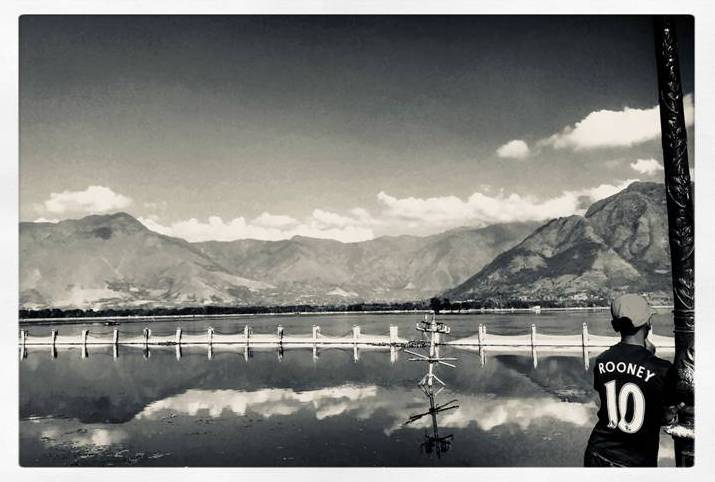 PICTURED: A young boy in a Rooney Jersey outside the Hazratbal Dargah 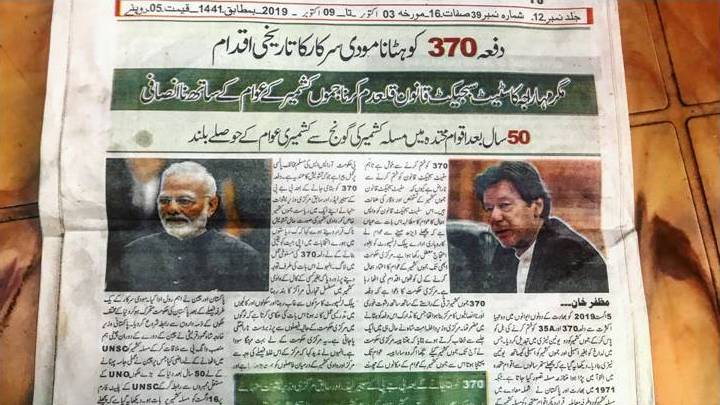 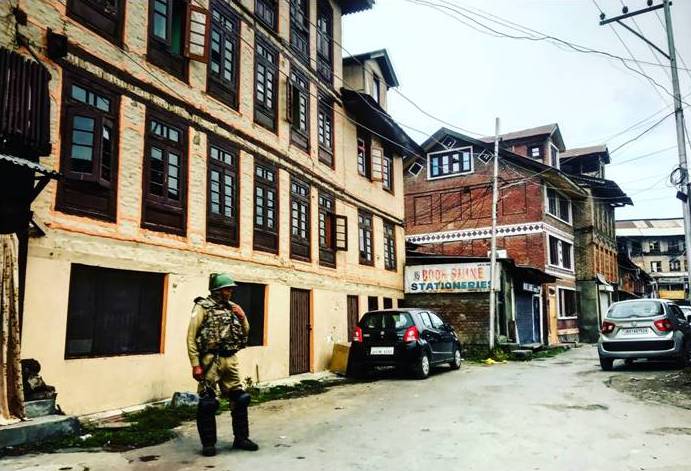 “They’ve turned our Heaven into jail.” 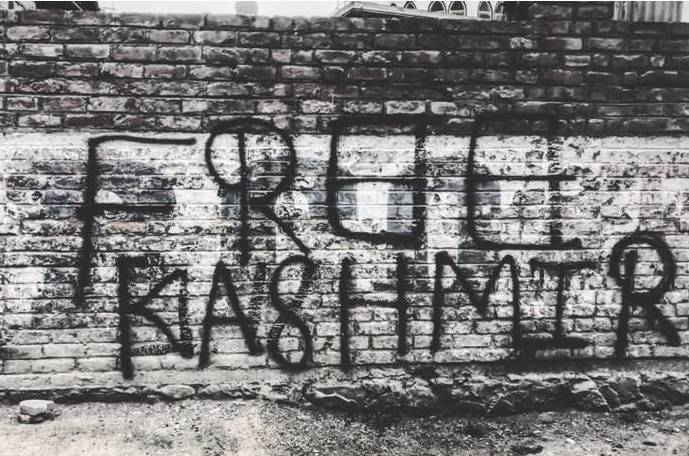 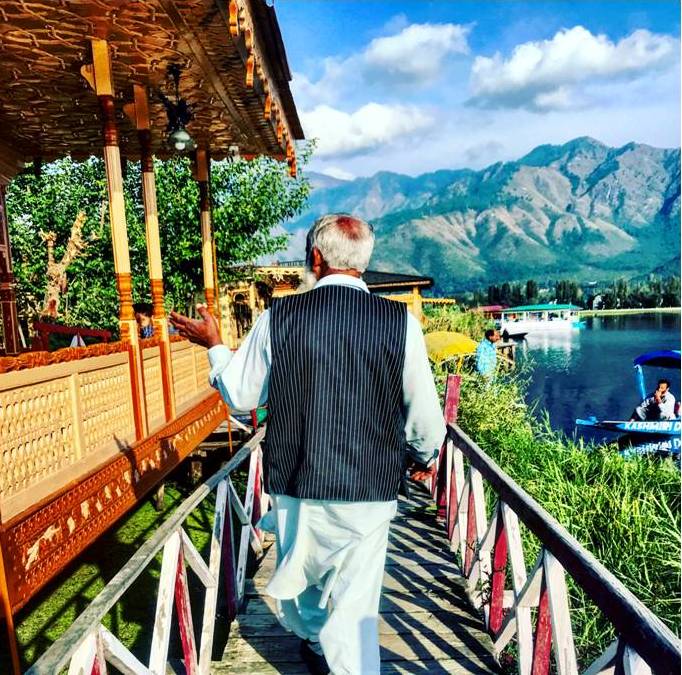 PICTURED: My Shikarawala (Lakeboat-man) goes out of his way to show me the inside of a friend's houseboat, during a Shikara ride on the Dal lake 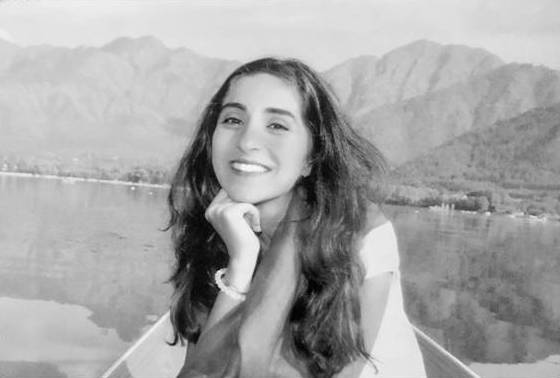 Photos and text by Mriganka Lulla, who visited Kashmir in an independent capacity, to seek the very complex and multifaceted, but also heartbreaking, truth 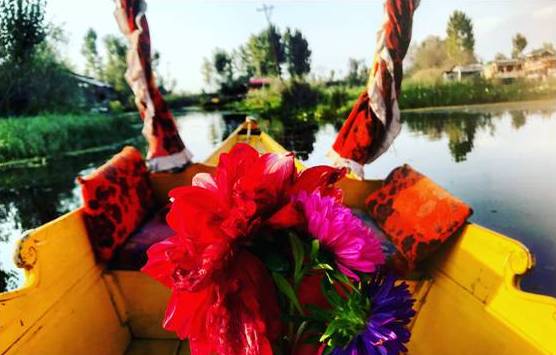 PICTURED: A Shikara on the Dal, with flowers from ‘THE WONDERFUL FLOWER MAN”, A floating flourist on the Dal Lake