Karnataka’s Matchless Biodiversity Captured In All Its Splendour

India's first 'bluechip' natural history documentary and a tribute to the relentless effort of the Forest Department. 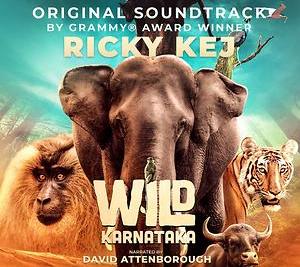 Bangalore: “Tiger! I loved it so much and want to watch it again,” said an excited six-year-old Ashitha. While the orangish-brown-furred predator with black stripes roams strategically plotting its next catch for a meal, the world’s longest venomous snake is busy building an incubator made out of leaves to lay eggs. The tropical forests of the Western Ghats in Karnataka is home to a number of tigers, king cobras, and elephants like nowhere else on the planet.

“Wild Karnataka” is the country’s first blue chip natural history documentary about the State’s rich bio-diversity. This is a tribute to the relentless efforts of the Forest Department and the people of southern India’s largest State in preserving the natural habitats for flora and fauna to flourish and thrive. It emphasizes on the life cycle, behaviour, hunting, and mating habits of many species found in this State through pre, during, and post south-western monsoon season.

“We seldom save what we don’t love,” narrates the British broadcaster and natural historian Sir David Attenborough in the latest documentary made by India’s best naturalists and wildlife photographers. “I have been a fan of Mr. Attenborough since my childhood. It is a dream come true to listen to his narration about our very own land. My eyes welled-up while watching; kudos to the makers,” said Gagan outside the movie hall.

“We as parents took the initiative of bringing our children to watch this documentary. It gives us a sense of pride and joy as these places are so close to where we live,” said Rama who was accompanied by five other mothers and their children.

This project has been the brainchild of award-winning film-makers Amoghavarsha and Kalyan Varma along with forest officer Vijay Mohan Raj and naturalist Sarath Champati, planned five years ago. It took the team four years to produce the documentary with more than 400-hours of footage. “The idea of the film was more to do with us not having showcased our own backyard which is so rich. We felt an immense sense of responsibility to share what we saw and hence Wild Karnataka,” said Amoghavarsha. The background music, composed by the Grammy award- winning musician Ricky Kej, blends in with the visuals to enhance their value for the viewers.

“I expected much more than 54 minutes as it feels so short and they have not showcased many other prominent regions with wildlife in our State. Nonetheless, people have to support such projects to appreciate the efforts and intent of the makers,” said Mayank, who saw the work.

According to the UNESCO, the Western Ghats are older than the Himalayas. The south-west monsoon arrives in this region first, which is the lifeline for all living beings. The documentary is a “labour of love” that aims to popularize the importance of wildlife and to bring a sense of pride about nature and its marvels around us.

Talking about the audience’s response towards the documentary, Amoghavarsha said: “I still can’t believe wildlife has found a space in the mainstream. The fact that wildlife has received superstar status and them getting a standing ovation, this for me, has been the most heart-warming experience ever.”