The home team secured a comfortable victory in the rain-halted finale of the Vijay Hazare Trophy, thanks to the efforts of senior players 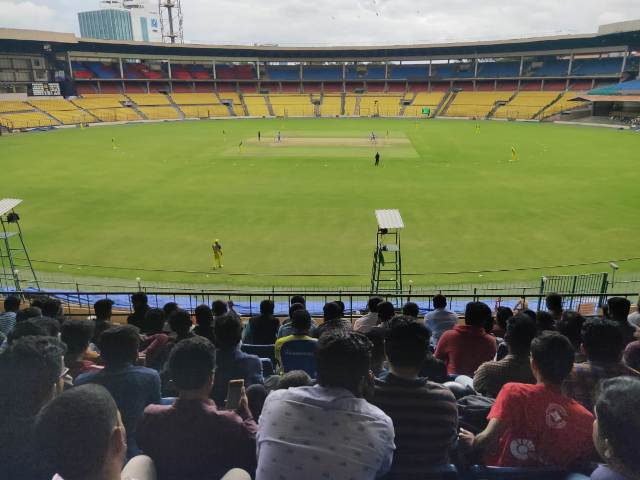 The finals drew one of the largest crowds in recent times, even on a gloomy afternoon

The Karnataka cricket team savoured the the sweet smell of victory as they claimed their fourth title by defeating Tamil Nadu in the prestigious Vijay Hazare Trophy, last month at the M. Chinnaswamy Stadium here.

The Vijay Hazare 2019-20 tournament attracted a great deal of public attention. Seventeen out of the first 30 matches were called off because of bad weather, which drew criticism. This made the Board of Control for Cricket in India (BCCI) thinktank re-schedule the remaining matches. In addition to that, Sanju Samson was selected to the Indian cricket team, credit to his persistent performance and also, for scoring the fastest double century (212* off 129 balls) in List-A cricket. 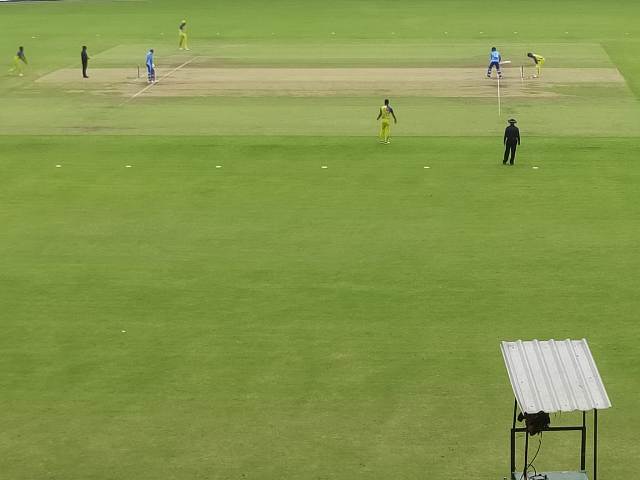 The final attracted one of the largest crowds for any domestic cricket match held in recent times. Karnataka, having won eight out of nine matches this year continued their winning spell and displayed tremendous consistency.

The swashbuckling bunch of K L Rahul, Karun Nair, D Padikkal, and skipper Manish Pandey challenged the opposition, in style. Mayank Agarwal’s inclusion in the finals added to the might of the Karnataka batting unit.

Having won the toss, Karnataka opted to bowl. They exhibited dominance as Abhimanyu Mithun became the first Karnataka bowler to claim a hat-trick that jolted Tamil Nadu’s batting unit. Disciplined bowling from an experienced Karnataka unit restricted Tamil Nadu to a competitive 252. However, the partnership between Abhimanyu Mukund (85) and Baba Aparajith (66) aided Tamil Nadu to post a decent total.

During his batting stint, Karnataka opener D Padikkal fell but the flamboyant duo, K L Rahul and Mayank Agarwal, ensured there was no further damage. However, Karnataka’s cruising run was halted by rain. The match was eventually declared over when Karnataka were 146/1 in 23 overs. Karnataka were declared winners by VJD ( devised by V. Jayadevan) method according to which they were well ahead of the VJD par score of 87.