Men in Yellow started off the 13th edition of the IPL in style with an emphatic win over Mumbai Indians. Ambati Rayudu was adjudged as the man of the match for his 71 off 48. 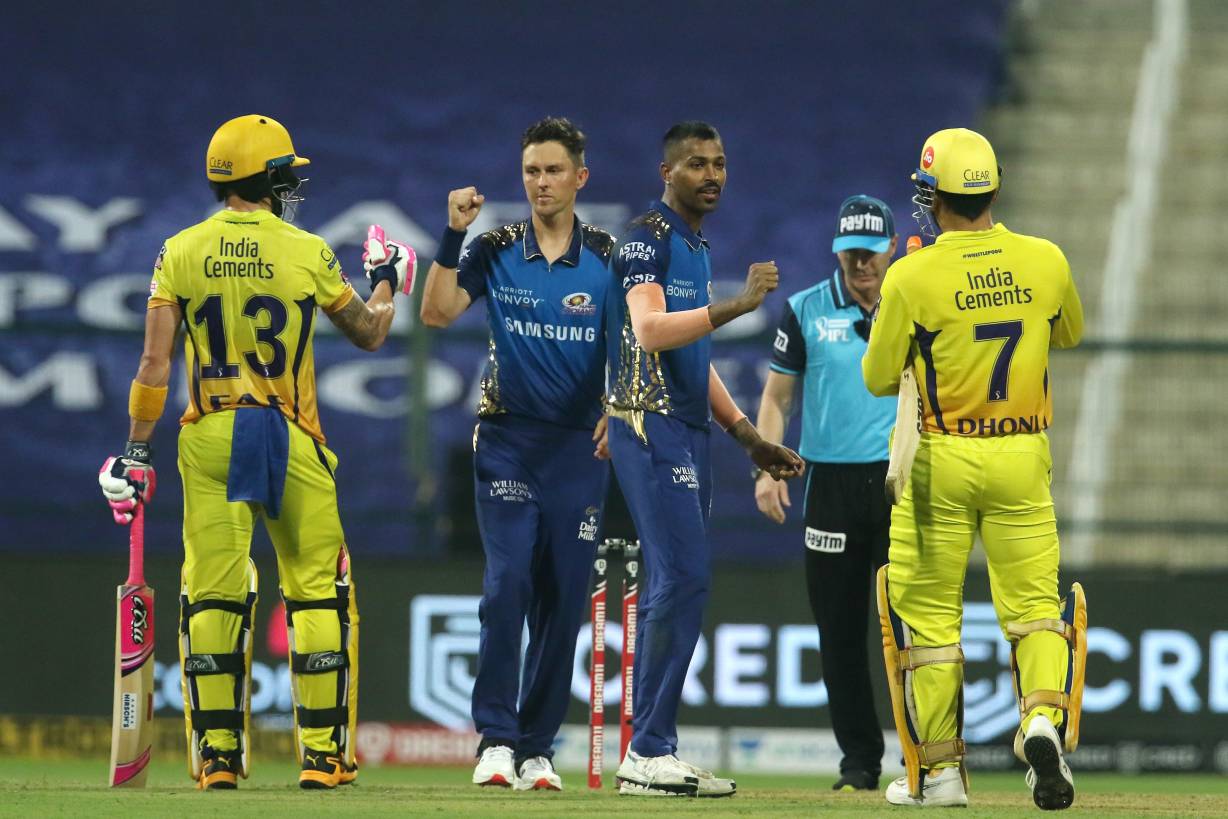 One of the tweets with #MIvsCSK read “Saurabh Tiwari hits the first six in the IPL 2020, there should be no surprises expected indeed”. The despondency of 2020 was surely turned into merriment with the return of, what some call, the greatest franchise league.

For those not following the tournament, the opening games of the Indian Premier League are an event by themselves. Since we are living in uncertain times, the game has adopted changes to embrace the 'new normal’.

Hard-hitting deliveries, animated conversations, controversial decisions on the field and the losing streak of the Mumbai Indians (they have never won an opening match since 2012) remained constant despite the numerous changes made off the field.

Chennai Super Kings were finally able to break their five-match losing streak against the defending champions, courtesy of the heroics from veterans Ambati Rayudu and Faf Du Plessis.

After being put in to bat first by the CSK skipper, MI was off to a flyer. Quinton De Cock and Rohit Sharma were flamboyant, to say the least.

An almost cliched story followed, with the MI skipper getting out to a leggie, batsmen throwing their wickets away and an extremely dull middle overs performance. Saurabh Tiwari, who has been with the team for a while (was also touted as the next Dhoni a decade ago), was the highest scorer for Mumbai.

After an anxious start, CSK's chase looked like a walk in the park. The 100 run partnership between Rayudu and Du Plessis put CSK in the front seat. They looked comfortable throughout - whether it was the spin twin or a left-arm seamer - nothing really seemed to deter them. With Mumbai’s hopes riding on the shoulders of Jasprit Bumrah, they were let down as the bowler conceded more than 40 runs in his quota of 4 overs.

Sloppy fielding and dropped catches, along with a rusty looking performance with the bat and ball, cost MI the match. Three stunning catches from Faf du Plessis, alongside Sam Curran’s contribution during both innings for CSK, added to their misery.

The big man, MSD, did not have much to contribute to CSK’s victory over their arch-rivals apart from his smart captaincy. What was missed though, was the loud cheer at the captain’s entry after 437 days of playing professional cricket, something no customized sound could match.

Here’s to an exciting season, more inspiring contests and hopefully, an early win for the Paltan.