Pushkar Sohoni, a cultural historian explored through the Jewish community in India. He also explained their origin, traditions, and heritage. 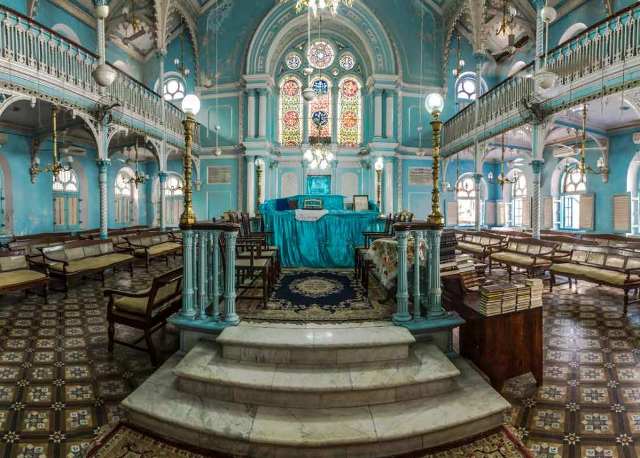 Bangalore: The Jewish diaspora has been in India for over 1000 years. But the archaeological legacy that the Jews have left behind dates back to 2200 years ago. Pushkar Sohoni, Associate Professor at the Indian Institute of Science Education and Research, Pune, spoke about Jewish heritage in India, the kinds of Jews that settled here, from where they originated, and what they did in India, at a recent event in Bangalore. He also engaged the audience with relevant pictures from his recent guidebook,’Jewish Heritage Of The Deccan’, to support the facts.

In India, there are three kinds of Jewish communities: Cochin Jews, Bene Israeli Jews, and the Baghdadi Jews. Their communities ranged from Bombay, Ratnagiri, to different parts of Kerala. The Marati-speaking Bene Israeli Jews lived in small villages and towns off the northern Konkan coast. “This community is well known for teaching Hebrew, in Devanagari script, to the newly converted Indian Jews,” said Mr Sohoni.

“In these small towns and villages, natives referred to the Bene Israeli Jews as “Shanivar telis” (Saturday oil pressers, in Marati),” said Mr Sohoni. This was because, according to Jewish tradition, they did not work on the Sabbath days which were usually Saturdays. In the 18th century, after the arrival of the British, several Bene Israeli Jews moved from the Konkan region to Thane and Kolkata. “The Jews were enlisted in the British service in clerical posts, and their community was anglicised,” said Mr Sohoni.

Today, the Bene Israelis are living in various parts of Thane. “The community is not as strong as before because they live in clusters, in different rural areas. To have a strong community, some traditions need to be followed, such as having a 11-member group that watches over weekly prayers and the local synagogue,” said Mr Sohoni. A synagogue is a temple, where Jews meet for religious worship. “The synagogues across India have certain features that are found only in Jewish architecture, such as the doorknob with inscriptions of the prayer that is recited at that particular synagogue. The seats are placed each against each other. All synagogues have one raised platform, in the centre of the rooms where the religious scriptures are placed,” said Mr Sohoni.

The Jewish community that started with more than 52,000 members, now has 4,000 living in clusters. “In a place like India, where we have to take equal ownership of everything, there aren’t enough people in that community to take ownership of what was theirs,” said Mr Sohoni.