In budget headlines, a hunt for 2022 deadlines

‘Azadi ka Amrit’ was to be reaped in 2022, instead, the country has been outfoxed into a make-believe world of ‘Amrit Kaal’. 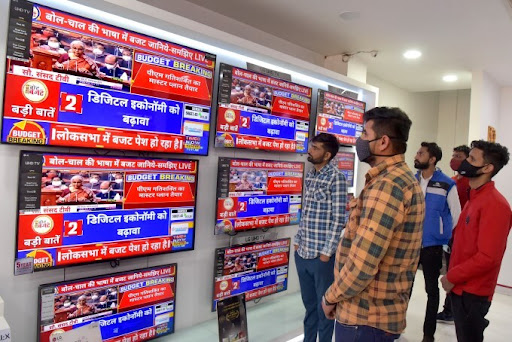 Attention ladies and gentlemen, ‘New India’ is running late and will arrive by 2047 only! Credits: PTI

The Union budget 2022 has got adulation from stock markets and as usual, India Inc has been left impressed. Shunning populism and crafting a ‘prudent’ budget even in a crucial election year received several accolades. Though this implied that a vast majority of the populace, devastated by a prolonged economic downturn, have been left wanting. However, that is not our only concern here.

On the 1st of February, when the finance minister Nirmala Sithraman presented the ninth budget by the Modi government, expectations to hear about the progress and completion of many ambitious targets ran high.

The year 2022, for years, was touted to be the year when ‘New India’ was supposed to see the daylight as independent India turns 75.

This ‘New India’, in all practical sense, was to be a milestone when several government programmes with 2022 as the deadline were to be implemented.

'India in 2022 will complete 75 years of Independence,' reminded Modi in March 2015 and vowed to fulfil the dreams of our great-grandfathers when the nation would be celebrating what he called ‘Azadi ka Amrit Parv'.

The same year, late Finance Minister Arun Jaitley too spoke in his budget speech about celebrating ‘Azadi ka Amrit Mahotsav’ in 2022. Since then, subsequent budgets and announcements had been given the deadline of 2022, 3 years beyond the 2019 Lok Sabha elections.

Marketed as a major agricultural reform step, all 22,000 mandis (including 7,500 APMC mandis) were to be linked to e-NAM (National Agricultural Market) by 2022 with the objective of unifying the national market for agricultural commodities. As of today, the number of such mandis totals to only 1000.

The ongoing financial year is also the year when the mega announcement of doubling farmer’s income was to be achieved compared to 2015-16 levels. It required income growth in double digits. Where do things stand today? The latest 77th Situation Assessment of Agricultural Household survey conducted by the National Statistical Office (NSO) pegged agricultural household income growth to a meagre 2.5 % (inflation-adjusted). Mrs. Sitharaman and the government maintain a deafening silence over it.

Be sure, it's not that these announcements are made out of thin air. They are backed up with several marketing gimmicks to demonstrate the seriousness behind them. The same promises and dreams are packed in a new marketing wrapper, time and again, with new, but rhyming slogans, to keep the ‘josh’ high.

Just like in August 2017, Prime Minister Modi launched the New India Movement of ‘Sankalp Se Siddhi’ on the lines of the Quit India movement of 1942 which lasted for five years.

“The pledge of ‘Do or Die’ in 1942 paved the way for India’s Independence in 1947. Today, with the resolve of ‘we act together to accomplish’ let us all 125 Crore countrymen come together and strive in spirit and soul to achieve the pledge for building a New India by 2022," the PM was quoted as saying.

Modi, while asking people to work shoulder to shoulder, pledged to free India from poverty, dirt, corruption, terrorism, casteism, and communalism by 2022. While others are for all to see, the status of poverty, here, deserves a comment.

The years of economic slowdown, followed by the pandemic-induced bloodbath, have not only slowed down the poverty reduction rate but have instead reversed the gains made in the immediate past. More and more continue to slide down. Oxfam’s inequality report this January stated that 4.6 Crore Indians slipped into poverty during the pandemic.

By World Bank qualification of a poor person (one who lives on less than $1.90 per day), Pew Research center estimates that the number of poor skyrocketed to 134 million from 60 million in just a year. In fact, NITI Aayog’s analysis, using key indicators like health, education, living standards, pins multidimensional poverty to over 25%.

Despite their own findings, the NITI Aayog too chose to be a part of the bandwagon when in 2018 it released a vision document for ‘New India’ to be achieved by 2022 while repeating several of the government’s deadlines. 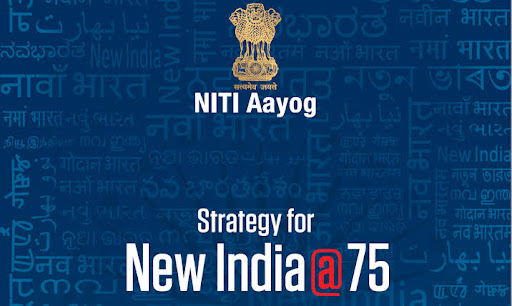 After five-year plans were scrapped in 2017, NITI Ayog in 2018 launched its first vision document for India. Credits: IDCC

One of the ambitious aims of India @ 75 was to elevate the country’s GDP to $4 trillion by 2023. With a year left to go, only a miracle could convert the figures from $1.5 trillion to $4 trillion. Similarly, the aim to double per capita income has stumbled as the figures (as per the government’s own admission) are even lower than 2017-18 levels at Rs 93,973.

Apart from opting not to talk about the progress on some of the key programmes, the budget also went on to repeat past announcements as if they were fresh and unheard-of.

For instance, both Arun Jaitley and Nirmala Sitharaman, in the 2015 and 2022 union budgets respectively, proposed to integrate over 1.5 lakh Indian Post Offices with the core banking system. They are indistinguishable. Is it having to do with the government’s propensity of rebranding things or does it actually believe people have short memories?

The many questions that arise here are how different is this Committee going to be from its ‘Smart City Team’ prototype? Aren’t their declared objectives and duties overlapping? Is this committee a curtain behind which an already extended deadline of 2023 is to be skirted to 2047 or, to stick with the government’s penchant for branding, India@100? 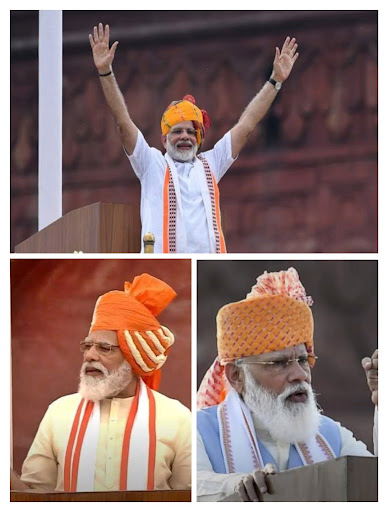 PM Modi has been repeating 100 crores infrastructure spending plans in his Independence Day speeches in 2019, 2020 and 2021. Credits: Image modified by author

The Budget laid out the plans regarding ‘PM Gati Shakti’, a digital platform for integrated planning and coordinated implementation of multimodal connectivity. Sitharaman announced 110 lakh crore expenditure plans over the next five years for developing infrastructure. However, this again isn’t unfamiliar to us. PM Modi in his last three Independence day speeches i.e, 2019, 2020, and 2021, has been making identical statements and bragging about the big 100 lakh crore number from the ramparts of the Red Fort. By any innocent standards, this lack of originality and reoccurrence can’t just be a coincidence.

Another notable aspect of the proposed expenditure plan is to create job opportunities for not less than 60 lakh people in the upcoming five years. Without venturing into a debate if it is adequate, one can be doubtful if the government would keep the promise since there isn’t any mechanism to confirm the same, according to the government itself.

Yes. In August 2021, the Textile ministry said in the parliament that the union government doesn’t fix employment targets. The response came for a question about the employment generation in the textile sector after a package of rupees 6000 crores was provided in 2016 and the creation of over 1 crore jobs in the next three years was assured. So how exactly does one in 2025, when the deadline closes in, verify whether the headline-making promise was met or not?

Already a full-fledged railway budget has now been reduced to a few lines. You may revisit your post-budget newspaper edition to corroborate the diminishing discussion over India’s largest employment generating PSU (Public Sector Undertaking).

What we are witnessing is a disappointing devaluation of budgets. After giving excessive attention to symbolism in the briefcase, ‘bahee-khaata’ (ledger account) and Vedic slokas in the earlier budgets, the strategy seems to have been shifted to making big and heavy pronouncements. Not for one year, but for 25! What is the point of presenting an annual budget if expenditures are proudly declared for many and not one year? What probably should have been a vision document is collated with the annual budget. Isn’t this a cunning trick to evade day-to-day accountability? Meanwhile, you may sit down and relax since we have entered ‘Amrit Kaal’.