I am because we are

The story behind the 2008 NBA champions. 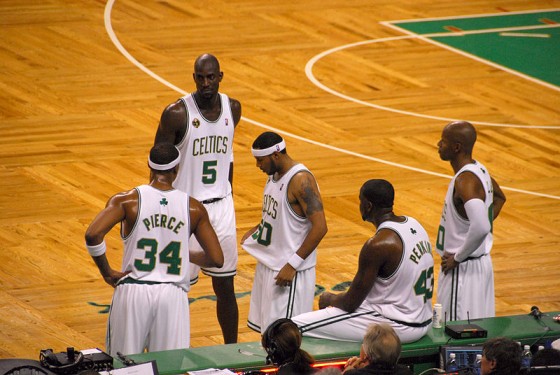 As racial injustice continues around the world, especially in the U.S., this story of how the essence of unity inspired the determination of the NBA team, Boston Celtics, is a beacon of hope.

Ubuntu, a Nguni Bantu (languages spoken in Southern Africa) term, means humanity or humanity towards others. It is not just a mere philosophy, but a way of life. It is a way of happiness and belief that humanity is bound inextricably with other individuals and when we dehumanize others we inexorably dehumanize ourselves. If a person wants to go fast he can surely do it alone, but if he wants to go far then it is always the bond he has with others that helps him.

Keeping in mind this very spirit, Doc Rivers, the head of the Boston Celtics from 2006-2013, thought that this would be a perfect idea to implement on the team to win. At the beginning of the 2008-2009 NBA season, all the players were seated together in the locker room. The squad consisted of rookies who were playing the first time, alongside veterans who were in the final years of their careers.

The spirit of unity and brotherhood was instilled in the team. They learned about humanity and the importance of the bond they share. Soon enough, the Boston Celtics became strong contenders in the league.

Their journey to winning the NBA championship was not an easy one. In the finals, the team faced the late legend Kobe Bryant and his team - the Los Angeles Lakers. In the seven-game series, the Celtics were up 2-0 in the series. In their third match, the Lakers dominated the game and eventually took the win. Devastation and a sense of helplessness swept across the entire Boston team. At one particular moment, Kevin Garnett, one of the best players on the team got up and yelled “1,2,3 UBUNTU”. And that was it. The Celtics clinched the series 4-2 to become the 2008 NBA Champions.

In an interview, a reporter asked Kevin,"how did you play so well in the closing minutes?” he replied: “Not me, it was us”

So this is what Ubuntu is all about - the pride that every individual holds within himself for being who he is. Sometimes the same identity is crumbled upon by social evils like racism, inequality, and injustice. It is time we unite and let the spirit of Ubuntu be our way of happiness.