Hope amidst many woes

Artistes are still seeing a ray of hope to perform in front of a large audience, despite the pandemic showing no signs of abating anytime soon in Karnataka. 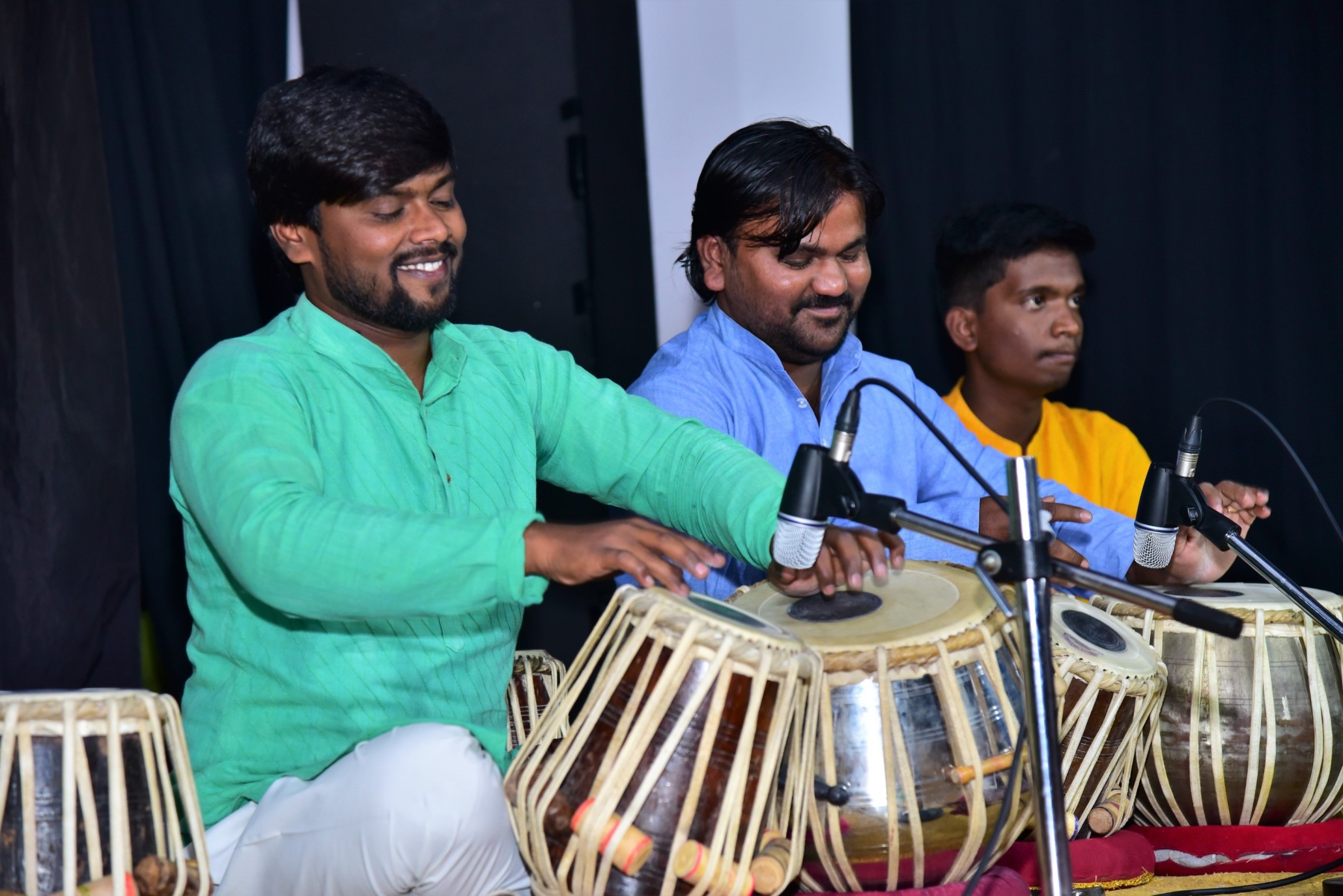 Bengaluru: Having hit hard by the series of lockdowns owing to the first and the second wave of the COVID-19 pandemic, several performing artistes of the state have been coping with just virtual concerts by live-streaming their performances on various social media platforms. Several live shows and concerts across the state have come to a grinding halt ever since the pandemic struck the country last year. The students of music, dance, and theatre are finding it difficult in learning the finer nuances of the art forms due to a lack of live teaching. Many music and dance schools have also been shut down because they could not bear the losses incurred.

The Indian classical art forms require a divine ambiance created for practising the finer intricacies in them. This can be brought about only under the guidance of an experienced teacher or a guru. The teacher-disciple sovereign relationship seems to have been severely affected because of the havoc caused by the pandemic.

Regarding conducting music classes online, Ms.Bhoomika B, a music student, said: “To impart music knowledge, there should be proper coordination between a teacher and a student. I miss out on learning a few lines of the song because of poor internet connection. In a physical engagement, I can listen to our fellow singers directly and learn from their singing. But the virtual way of learning has caused a big discomfort to me. However, because of restrictions in travelling, I am getting more time to practise at home.”

Well-known Hindustani classical vocalists from Dharwad spoke on how the change in concert repertoire had affected musicians during such uncertain times. They said, “The pandemic has affected local artistes more than the more well-known ones. The latter are performing in an online format that is ticketed and are sought after considering their name. The online platforms have enabled people from around the world to log in across time zones as was witnessed during the recently held very popular Ram Navami concerts on Fort High School grounds. But the local musicians are in dire straits. The not-so-famous artists perform in concerts from which they don’t receive any monetary benefit. However, these artistes have discovered some way of survival through digital workshops and virtual classes.”

Some Bharatnatyam dancers have expressed grief over the lack of enthusiasm and energy among them while performing in front of the screen. Ms Yashaswini G, a Bharatnatyam dancer cum tutor in Bengaluru, said, “ Being a dancer, I have not been enjoying my performances despite reaching a wider audience through online platforms. The accolade I receive from a live audience is inexplicable. The vibrance and the purity of the art form are best experienced only while performing on the stage.” She asserted that the ‘Guru-Shishya Parampara’ was taking the wrong route because of the digital form of interaction between the students and the teachers.

Some theatre artistes in the city are in agony as no live shows are being organised in any performing spaces theatres owing to the Covid-related restrictions set by the State government. On the support required for these artistes during these dire times, Mr Hanu Ramasanjeeva, Founder-Director of Pravara Theatre company, said, “ Senior Kannada artistes are in distress. The State government had promised to give them Rs 2000 honorarium during the lockdowns last year, but hardly 30-35 percent of the artistes have received it.

Even some stalwart theatre artistes who have been in the limelight for many years haven’t raised this issue to the government.” He said that his theatre group provided medical aid and food kits to these artistes from April to July last year and is planning to restart this initiative in the coming month. “We have helped around 250 theatre actors so far. We are coordinating with a few BBMP officials, theatre groups, and other volunteer organisations to help artistes who are in desperate need of beds now,” the director said. He added that the current grim situation would continue for another eight months at least, and hence their school had adopted the online mode of teaching.

Mr Nithin Raj, who is one of the founding members of Nrutyam Dance and Music Studio in Bengaluru, said, “We have closed three of the five branches of our dance institute across the city due to financial stress. Being a passionate dancer, I always wanted to impart some dancing skills to my students, but the pandemic has ruined this opportunity. Owing to the lockdowns imposed last year and the curfew reinstated now, several students have stopped coming to classes. He added that he was fortunate to have built a career in digital marketing along with running dance classes as a part-time endeavour.

Many artistes across the state have been suffering from the adverse effects of the pandemic since the very cruel unplanned lockdown. Though virtual sessions and concerts have become the new reality, performing artistes are still seeing a ray of hope to perform in front of a large audience, despite the pandemic showing no signs of abating anytime soon.