Holy and Sinful: A Great Dichotomy 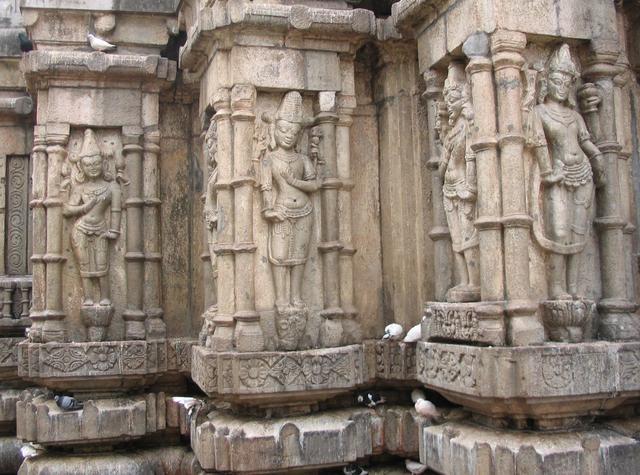 Premises of the Kamakhya temple, the abode of the revered goddess

Bangalore: The Kamakhya temple bells are rung aloud as thousands of pilgrims gather in its premises, clad in vibrant orange hued attire and merrily singing out prayers hailing the Kamakhya Devi who is taken in a procession around the temple as the Ambubachi mela commences with great flair in Guwahati, Assam. This ceremonious annual worship occurs when the temple doors are unlatched after being closed for three consecutive days, not allowing anyone to enter the temple or read religious text barring farming activity in the neighbouring areas is barred and people walk barefoot in the land for it is believed that the goddess and mother earth are menstruating during these three days. Kamakhya is resigned to a peaceful rest in her sanctum sanctorum tucked in a red cloth, she is bathed, worshipped and taken in a procession on the fourth day, the start of the glorious mela. A piece of the red cloth used to cover the goddess is offered to the pilgrims, a prasada which is revered as divine and pristine. This traditional mela also marks the celebration of Earth’s fertility with the onset of monsoon. Guwahati Plus reports that the government expenditure on this holy festival was Rs. 2.6 crore in 2019.

Heeding puberty and menstruation as a period of restful seclusion, celebration and sanctity steeped in Indian culture is evident in the Ambubachi festival, and similar traditions throughout the nation, including Keddasa (annual Tulu festival centred on providing three days rest to Mother earth) in Karnataka, and Raja Paravasa in Odisha.

An intriguing account from the ancient Indian text, Taittriya Samhita, furthers the concerns inherent in the arguments of how the ceremonies and the underlying traditions undermine the entity of womanhood. This account from the Samhita emphasises the ritual fear associated falsely with menstrual blood, equating this biological and natural phenomenon to the sin borne by women. The Samhita chronicles that when Lord Indra killed Visvarupa, he had sinned and cursed for his murder of the Brahm Sana, then Indra pleaded with the earth, plants, and a group of women to share his sin in return for the boons he would bestow on them. They yielded and the text states that it is this sin which has manifested in the form of menstrual blood in women. The stark dichotomy of puberty and menstruation being viewed as sacred on the one hand and sinful on the other invites a revision of these rituals which perpetuate unhealthy myths revolving around puberty and adolescence.

If at all we are to ritualise any aspect of puberty, it should be to encourage conversation, understanding and openness about it.