Halfway through, who stands where? (Part 1)

This closely fought tournament has had some pleasant surprises and some awful upsets so far. Here is an analysis of where the teams stand 28 games into the season. 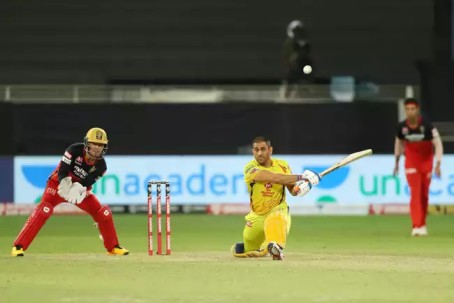 Chennai Super Kings
With 4 points in their bag after playing a total of 7 games, CSK finds themselves in a conundrum like never before. At the same stage in last year’s IPL, the Dhoni-led squad was well-placed with 6 wins out of their first 7 games and had the playoff seat booked for themselves.

“Intent” is the keyword here, as stressed often by both MSD and coach Fleming. CSK has always been praised for playing their brand of cricket, which is missing this time around. Batting, especially the middle order, remains the biggest worry for the team. In the absence of veteran Raina, there was a need for the less experienced Indian batsmen to step up, which unfortunately never happened.

Besides decent bowling performances, the form of the former Proteas skipper, Faf du Plessis, has been a plus. Except for the KXIP game, Watson has looked completely out of odds and the middle-order has often been chopped and changed (most of it done in haste).
There has been a lack of aggression from the Chennai team, "There are too many holes in the ship and when you try to plug one there is water flowing from another. But our main worry remains the batting department. In the coming games we'll try to be more expressive." said Dhoni in the post-match presentation against RCB.

To qualify for the playoffs, CSK needs to win at least 6 out of their 7 remaining matches, with a positive run rate.

Mumbai Indians
The defending champions have fared well in the first half of Dream11 IPL 2020. After starting with a loss, as always, Mumbai got their team together for clinical performances in the rest of the matches. Few teams have the luxury of a settled playing eleven this season and MI is surely one of them. Touted as the year’s favourites, MI had one of the best-looking squads after the auction, though a few were apprehensive about them playing in the UAE (in 2014 MI had not won a single game here). All the players have given at least one match-winning performance in the 7 matches. The team seems to have cracked the formula to consistently score 190-plus runs in almost every game.

There would be a couple of things the team would be looking to improve. Though consistent as a team, individually, the players have not quite been able to deliver match after match. It is working for them, nonetheless, but can hamper their performance in the playoffs. Secondly, MI was always falling short of a quality spinner, Rahul Chahar filled that up quite well. but they still lack an off-spinning option. With Pollard making up for Hardik Pandya’s overs, there might come a time when they would require a specialized off-spinner, probably against a team like Delhi with 4 left-handed batsmen.

Comfortably placed first, MI need to win 3 out of their 7 matches, with the best NRR in the tournament. The playoff berth does not look like a major worry unless things turn overly dramatic. 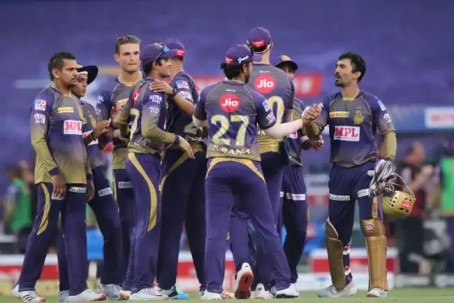 Kolkata Knight Riders
Kolkata was the last team to start off their season. Like MI, even after losing the first match, KKR seems to have found the XI they were looking for. A team with probably the best middle order, KKR seems a perfect example of having an equal amount of international and domestic blend. In one of his interviews, Nitish Rana said, “This is the best dressing room for youngsters”.

With Brendon McCullum at the helm, no one could think otherwise. Though it has not been smooth sailing for the Kolkata team in the first half of the season, one might say that there are plenty of problems still unsolved in this squad. The team had to change their opening pair after a few games, and when any team does so, it means things are not going well. Narine failed to deliver with the bat this season, the batting order invited reproval, and the big buys have still not delivered. Andre Russell, one of the most destructive batsmen in this format of the game, has utterly failed with the bat. Pat Cummins has been disappointing; even after displaying some quality bowling, he has failed to claim wickets.

Though there are a few things which the KKR fans would be rejoicing right now - like their skipper coming back to score - there has been a lot of confusion regarding Karthik’s batting position, as he has also failed to score big, after getting starts in the first few games. But, in the game against KXIP, Karthik turned out to be the game-changer, with his blistering 58 off 29 balls. With Narine bowling like his old self, it only added to the value of the team.

Out of their remaining 8 matches, KKR has to win at least 4, with a keen eye on their net run rate.

Delhi Capitals
Given how unpredictable this year has been, seeing DC on top of the table and CSK on the other end shouldn't come as a surprise. Under some fine captaincy by young Shreyas Iyer, the team has been one of the most complete squads of the season, the major positive being the strong Indian core and young overseas players, delivering regularly. One might not see many ‘superstars’ of the format in this team, but the team has been very smart with the limited resources they have. The opening pair has been doing good, giving them quick starts and creating a strong foundation for the likes of Hetmayer, Iyer, and Stoinis to end it well. The way the team has utilized Rishabh Pant has been a major positive. He may not be scoring as flamboyantly as before but his small, well-played 30s and 40s make all the difference.

Besides, the team seems to have one of the best bowling attacks in the tournament, with the purple cap holder Rabada in fine form. Nortje, who replaced Chris Woakes before the start of the season, has been the dark horse, bowling consistently at 145 kph and picking up wickets at regular intervals. The absence of Mishra hasn’t hurt them much, as veteran Ashwin stepped up in the last couple of games.

There are very few things to point out: Shikhar Dhawan’s form has been one of them. Chasing and pacing the inning has been an issue - thanks to the firepower in Stoinis - but it was quite evident against SRH, the only game they lost this season while chasing. Hitherto, to continue the dream run, DC needs to solve this issue promptly.

With 5 wins out of their 7 games, DC needs to win 3 more games to confirm the berth. Considering the positive NRR, it should not be an issue for them. 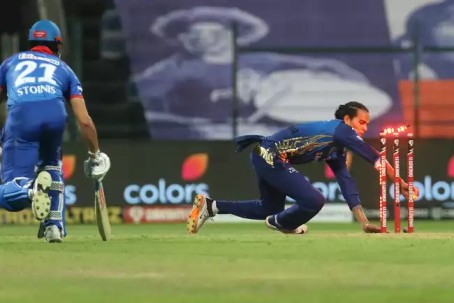 Photo credit: Cricbuzz
All stories that are reported, edited and published on this platform are original, produced by the students and faculty of National School of Journalism, sometimes contributed by guest faculty and speakers. If you would like to contribute, please email us at tannoy@nsoj.in NSoJ is a news organisation and a highly-selective Journalism school that trains India’s best journalistic talents to become ethical journalists who care deeply about truth, justice and democracy. If you are passionate about journalism and care about the core values of journalism as we do, please apply for a place in one of NSoJ’s programmes - Bachelor of Arts or PG Diploma in Journalism at www.nsoj.in.