Name-calling, interruptions and appeals to vote - this year's first Presidential debate saw it all. 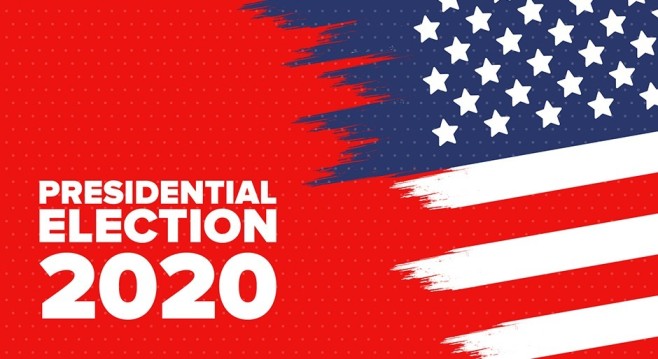 ‘President has no plans’, ‘47 years you have done nothing’ - these were some of the critical allegations made by both sides - led by President Trump and Democratic nominee Joe Biden - during the first of three scheduled presidential debates held at Case Western Reserve University, Cleveland.

The heated argument between the two presidential candidates touched on different topics including the supreme court, healthcare, the coronavirus pandemic, law, economy, etc which would determine the vote of the US citizens.

During the course of the debate, Biden’s argument and allegations seemed factual. On the other hand, President Trump stressed on defaming Obama's tenure and boasted about the citizen's support for his ‘successful’ administration.

The pandemic issue was brought up by Biden, reminding Trump about his statement that “it (coronavirus) will be gone by easter.” He alleged that Trump/s administration had failed in handling the pandemic. Trump countered the argument saying he handled the situation with the utmost care, else it would have resulted in the death of 2 million people.. Trump assured the citizens that the vaccine will be out soon, despite Biden’s allegation that it would take months for the vaccine to hit the market.

Closing and opening of the economy was also debated upon. Trump criticized Biden saying "he (Biden) wants to shut down this country and I want to reopen". Biden countered that “You can’t fix the economy until you fix the COVID-19 crisis,”. Both had their own versions of recovery graphs. Trump stated we are witnessing a V-shaped recovery while Biden believed it was K-shaped.

Both the opponents had a clear disagreement on climate change issues where Trump was firm on his opinion that the Paris Accord was a disaster and forest management needs attention. With a clear disagreement Biden assured that if he gets elected, he would rejoin the Paris Accord. He also focussed on his plans stating that he would build 1.5 million energy-efficient homes, which in turn would generate thousands of jobs as well.

Trump made it clear that he had paid millions of dollars as Federal Income Tax during 2016-17, scrapping the allegation by his counterpart. Riots and violence issues were raised by the moderator but it ended up with throwing allegations on one another. Biden allegedly said that “Trump is the first President to leave the office with fewer jobs than when he joined in."

For the majority of the debate, moderator Chris Wallace repeatedly requested President Trump, who was constantly interrupting the debate, to maintain decorum. The debate ended with the mail-in ballot issue. Trump appealed to the voters to vote in person and stated that he is counting on the supreme court to settle the dispute over mail-in ballots. Biden, on the other hand, ended with a clear message appealing to the voters to vote.