Looking back at the PUBG phenomenon that took the country by storm. 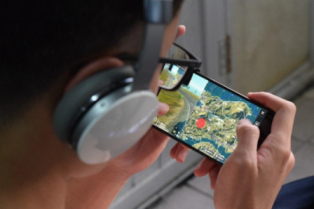 The video gaming scene in India has largely been underwhelming as compared to other countries. While other countries hosted “ESports” leagues with cash prizes in millions, gamers in India for the most part were circulating offline, pirated copies of games. This was before the arrival of PlayerUnknown’s Battlegrounds - commonly called PUBG - on everyone’s handheld companions. The mobile port of PUBG (initially released on PC) changed gaming in India forever.

Within weeks, PUBG Mobile became a cultural phenomenon. Download records on app stores were shattered, PUBG Mobile got it’s own spots for television advertisements and even Prime Minister Narendra Modi name-dropped it during a Q&A. Just about everywhere people would be seen with earphones plugged in and a horizontally held phone, shouting out commands and attacking instructions. According to a report by NDTV in 2019, the number of players was a staggering 50 Million at that time. The success of this game largely depended on the ease with which people could access the game. The free to play aspect coupled with the rise of Jio Network in recent years allowing for reasonable rates of data helped PUBG Mobile’s cause.

More than just a game

One of the first official PUBG Mobile tournaments to be held in India was the PUBG MOBILE Campus Championship 2018, which saw nearly 250,000 registrations from all over the country. Mumbai’s “The Terrifying Nightmares” team emerged as champions in the final held in Bengaluru and took home the prize money of Rs 15 lakh.

One of the persons who was a driving force for the Indian e-sport scene to gain such traction was Animesh Agarwal, aka 8BIT THUG. A lot of the popularity that PUBG Mobile has now can be directly attributed to Thug, who was also one of the members of the Indian roster when it competed at PUBG Mobile Star Challenge (PMSC) 2018 held in Dubai. Naman Mathur aka SouL Mortal, is one of the most recognizable faces in the Indian esports scene now, and he has inspired countless other players to follow in his footsteps and enter the sphere of streaming.

As PUBG Mobile grew in India and more and more people learnt about the exciting opportunities it presented, players turned to streaming or making YouTube content. YouTube is filled with people showing off their PUBG gameplay as well as skills, and even prominent Indian YouTubers like CarryMinati, Tanmay Bhat etc also stream the game live with their legion of followers, often inviting some of their fans to play with them. Many companies have seen the potential of PUBG Mobile in India, and have heavily invested in sponsorship deals with many players. Big names like Corsair and Aorus have recently partnered with Thug, and mobile giants One Plus had recently sponsored SouL Mortal.

There have been a number of deaths that have directly been linked to addiction towards PUBG Mobile in India. Just this week a teenager passed away due to dehydration and skipping meals for days. The psychological impact the game has on players is of greater scale than any other game - with mood swings, erratic and irrational bursts of anger, an improper sleep cycle just a few examples of what the game can do to a person’s mental well-being.

The arrival of PUBG to handheld devices in India has been a turning point in the gaming industry, and at the pace at which it is running - it doesn’t look like it’s going to slow down any time soon. In a country where gaming has always been in the shadows, it is going to be mainstream. As competitive gaming continues to rise in popularity, the future of gaming in India looks brighter than ever. However, the mental health challenges caused due to such games will be on the rise too. These games exist for our entertainment but they should be dealt with care as well as caution.