In India, between the months of March and May, the country’s film industry has potentially suffered loses to the weight of Rs.2,500 crores. 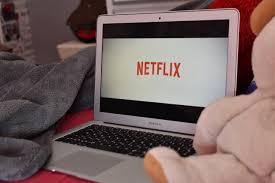 Let’s examine the price of watching a movie at a cinema and one at home. A movie ticket can vary anywhere in between Rs.150 and Rs.350 and slightly higher when you book them online. To experience a movie at PVR Gold is almost threefold the original price of a regular ticket and all that, for one single movie.

A subscription to Netflix for one month is Rs.199 for a mobile subscription and Rs.799 for 4 screens and all this with 3342 films on the platform in India. Whereas Amazon Prime Video has a subscription at Rs.999 for a year.

Bringing together the costs of food at the cinema, you could easily buy a subscription with access to a large variety of genres and sub-genres. Although, you cannot discount that watching a movie at the cinema is an experience in itself. From a study by KPMG Media and Entertainment, the Indian OTT market will reach Rs.138 billion by 2023 with India taking second place after the US in market size. A study by Financial Express shows that during the lockdown, Netflix subscriptions grew by 65% and Amazon Prime by 67%.

In India, between the months of March and May, the country’s industry has potentially suffered loses to the weight of Rs.2,500 crores. As Amazon had announced acquiring streaming rights to 7 Indian movies, INOX and PVR that are leading multiplexes expressed disappointment in the production houses and directors over the decision. What experts say is, OTT platforms are not only economical but also convenient and in a post Covid-19 world, it is likely that they will hold their ground and continue to grow.

There also seems to be a buzz around drive-in theatres and the possibilities of them making a comeback. Some countries got creative and re-opened drive-in theatres and a local government in Madrid even made it possible for people to watch movies from their balconies. While those of us who have never been to a drive-in theatre are already making plans, there has been no official announcements.

As India is easing out of the lockdown, the film industry still is on hold for the most part. Some people are of the opinion that films made on a lower budget can be released on streaming platforms and face minimal or no losses while the possibility of a 100 crore film on a streaming platform is unlikely.

As with most other things, we will have to wait it out to see how the industry adapts and if cinema experience will be the same. Or if we’re going to watch our favourite movies in bed or maybe even head to a drive-in a theatre and catch a classic from atop our bonnets!