Fact-checking and Disinformation Workshop at NSOJ

“Information empowers, but its overload cripples" 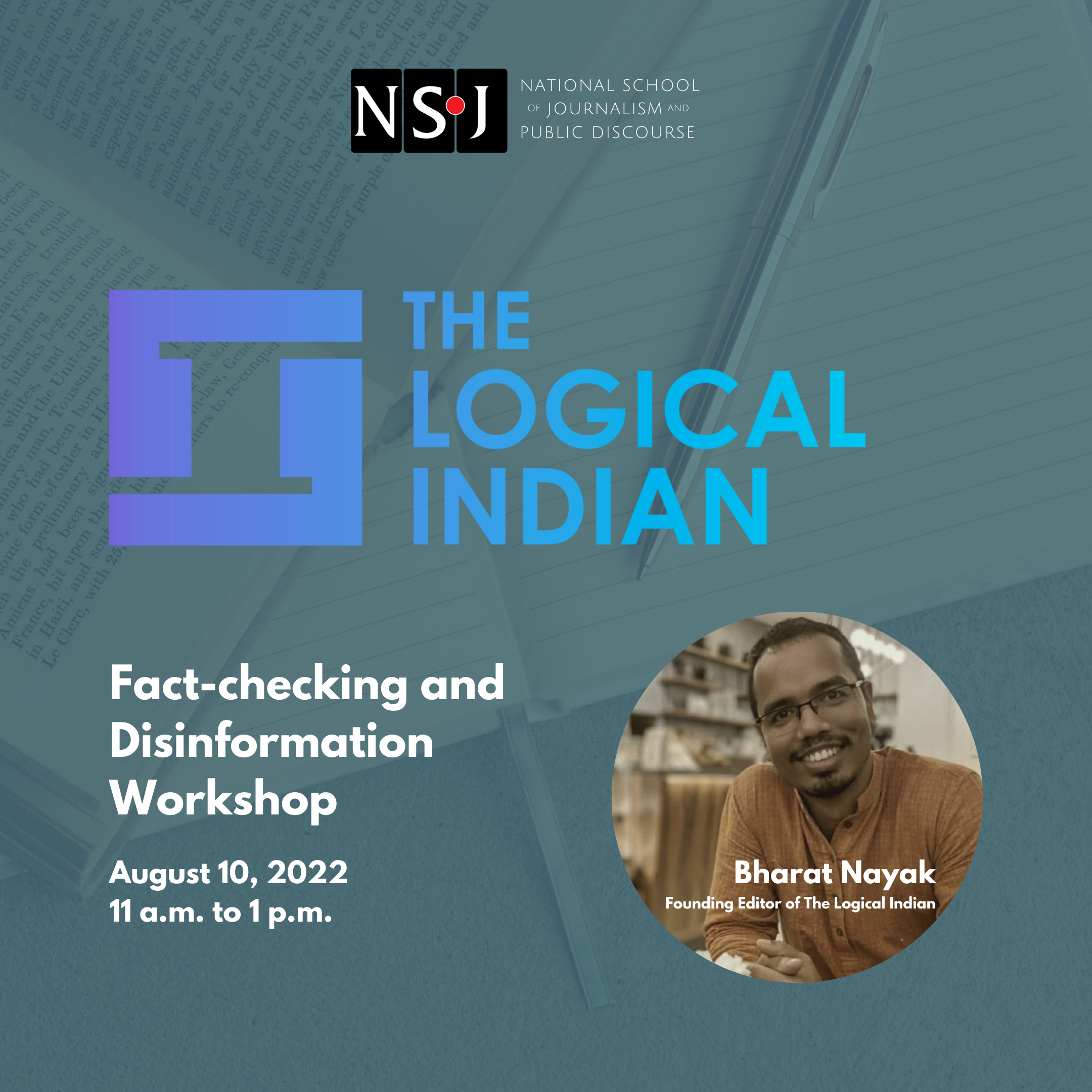 An informative workshop on Fact-Checking and Disinformation was held recently, at National School of Journalism. The workshop led by Bharat Nayak, the founding editor of The Logical Indian, aimed to enlighten students regarding the spread of false news and how to verify the same.

In his introductory remarks, Mr. Nayak said, “One media house does false reporting and other media houses follow it.” He also added that fact-checking is one of the growing fields in media. As false information is one of the biggest threats to news, Bharat continued to say that, people must become media-literate to differentiate between the false and the truth.

Before writing any news, a journalist should have an answer to the following questions - whether the news is important, whether it is viral and, will it harm the citizens. Mr. Nayak also explained why social media is prone to misinformation and mentioned points that differentiated traditional media from social media. The main difference he pointed out  was that there is no gatekeeping for the news published on social media platforms.

To make the session more interactive, the instructor displayed a few pictures and asked the students whether they were fake or real. Students actively participated and gave their views. Mr. Nayak added that instead the term fake news and misinformation ecosystem should be used.

He went on to explain the difference between misinformation and disinformation and their variants.  Before ending the session, Mr. Nayak gave some tips and sites to verify the facts. Tools like Reverse Image, Google Lens etc., were mentioned. When one of the students asked whether social media pages should have a fact-checking mechanism, the founding editor of The Logical Indian replied, “Hope something comes up soon".

The speaker urged the students and staff of National School of Journalism, not only to refrain from being a part of the “misinformation ecosystem”, but also use the various fact-checking tools introduced, to prevent and contain the spread of false news.