The Bhopal tragedy made way to bring out such environmental protection acts for controlling the pollution, hazardous waste etc. 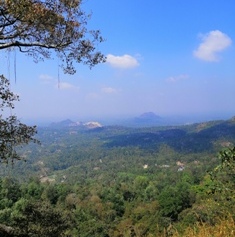 How green was my valley

how and where did this start from?

After the tragic event of Bhopal in December 3rd 1984, the environmental protection act came into force in 1986.

The Bhopal tragedy made way to bring out such environmental protection acts for controlling the pollution, hazardous waste etc.

EIA is a process that is included under the EPA 1986.

What is EIA draft all about?

The company can get permission from the government without the need of going through the environmental impact assessment procedure conducted as per the law of Environmental Protection Act 1986.

Did the environment just become a second priority?

We followed sustainable development all these years but in the current scenario, we aim only at development. The forest area percentage has come down. In the future, landslides, drought and floods are awaiting us. The occurrence of calamities will increase in number in the upcoming days.

In 1986 the law was more concerned about the conservation of the environment which later became an issue for the industrialists and businessmen, as they could not start off as easily as before without getting permission from the government.

Later in 2006, the government put forth a new EIA policy which is currently present, which did not have much pressure on the factory owners and other businesses people, including the environment.

The newly introduced EIA draft of 2020 is more industrial friendly than the 2006 policy.

In the earlier act of 2006, the post-facto clearance had to be approved before the start of the project, only if there are no further complications.

● Post facto clearance which should be taken before the project begins, has been changed to that the post-facto need not to be taken before. The company can take the clearance within the two years after they have begun working.

● Usually, clearance given to a factory or anything as such is not only by the approval of the study on the environmental factors alone but also by the opinion of the people in that locality, according to the public consultation process. The public could submit a response within 30 days but now, it is reduced to 20 days.

● Every six months, i.e. two times in a year the company's report has to be submitted which says that the industry of companies working according to the rules and regulations of government is changed and now the companies are asked to submit the report only once in a year.