Novak Djokovic has broken Roger Federer’s record for the most number of weeks as the world No.1 in Tennis. 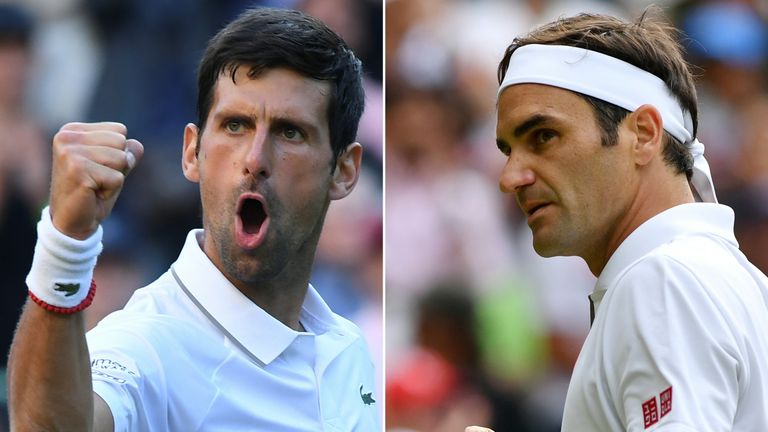 Bengaluru: Novak Djokovic has created history after breaking Roger Federer’s record for the most number of weeks as the world number one (310 weeks) on the Association of Tennis Professionals (ATP) Tour. He started his 311th week as the top player on March 1 and has been in the pole position since then.

The 18-time Grand Slam champion has held the ATP's top-ranking position for 36 consecutive weeks since claiming the top spot from Rafael Nadal in February 2020. He finished the season as the world number one for the sixth time, tying the record set by Pete Sampras.

"It excites me to walk the path of legends of this sport. To know that I have earned my place among them by following my childhood dream is a beautiful confirmation that when you do things out of love and passion, anything is possible," Djokovic has said, in a statement released by the ATP.

The top four in the latest men’s tennis rankings are unchanged with Nadal remaining at No. 2, followed by Daniil Medvedev, who lost to Djokovic in the Australian Open 2021 final, and Dominic Thiem at No.4.  Stefanos Tsitsipas has moved up one spot to No. 5 ahead of Federer, who has fallen by one spot to No. 6.

Mr Andrea Gaudenzi, ATP Chairman, has said: “Novak’s achievements in tennis are nothing short of extraordinary. Among them, this record may stand as one of his greatest accomplishments. Reaching No.1 is something many players dream of and very few ever fulfil, and to have held the top spot for longer than anybody is a testament to the levels of sustained excellence that Novak has redefined in our sport.”

Djokovic first made it into the top 100 in July 2005, just weeks after Nadal had won his first Roland Garros. He reached the top 50 in June 2006, top 20 for the first time in October 2006, and reached the top 10 by March 2007. He first became the world number one at the age of 24 on July 4, 2011, the day after winning Wimbledon for the first time, beating Nadal in the final. Since then, the celebrated duo (Federer and Nadal) have occupied the pole position for just 132 weeks.

Djokovic has won 82 ATP singles titles, including 18 Grand Slam singles titles, five ATP finals titles, and a record 36 ATP Tour Masters1000 titles. He is also the only male player to have won all nine of the ATP Tour Masters1000 tournaments, not just once but twice. After winning the Australian Open last month, the Serb has acknowledged that he will "adapt" and "adjust" his tournament schedule, with the priority of surpassing Federer's and Nadal's shared record of 20 Grand Slam titles.