Didi in dilemma as BJP surges ahead

With the BJP’s presence in West Bengal getting emphatic, it won’t be easy for the TMC in the coming elections. 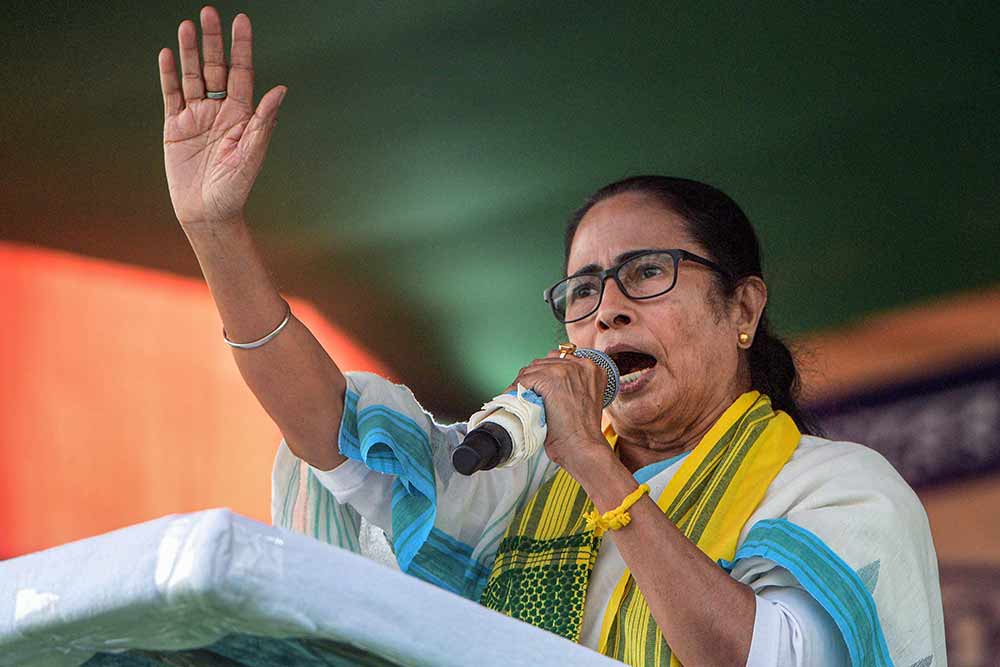 Bengaluru: The political tussle between the Bhartiya Janata Party (BJP) and the All India Trinamool Congress (TMC) in West Bengal on account of the coming State Assembly elections is getting fierce each day. After grabbing 18 seats in West Bengal in the 2019 Lok Sabha elections, the BJP has been planning to make it to the Vidhan Sabha’s Treasury Benches this time. Chief Minister Mamata Banerjee, on the other hand, aims to continue ruling Bengal with the support of the minority voters. The political arena also consists of small players such as All India Majlis-e-Ittehadul Muslimeen (AIMIM) and the Muslim cleric Abbas Siddiqui’s party, the Indian Secular Front (ISF), intending to emerge as an alternative for the voters.

The BJP has been expanding its base in the State since the last Lok Sabha elections. The voters’ response in 2019 with 40 per cent vote-share to the BJP proves that it is seen as an alternative to the TMC. Though the saffron party has no popular face in the State, it is riding on Narendra Modi’s charisma and Amit Shah’s campaigning ability. The 'migration' of party leaders from the TMC to the BJP is a proof of its hold in the State. Till now, 19 Members of Legislative Assembly and a Member of Parliament have shifted the camp. "By the time of the election, she (Ms. Mamata Banerjee) will be left alone," said Amit Shah in a press conference.

Minority votes are an inevitable dimension of the Bengal electoral politics. The population comprises 30 per cent Muslim voters who play a definite role in the elections. These voters were in Ms. Banerjee’s camp during the last two Assembly elections, helping her ‘rule’ the State. The TMC government claims to have built new madrasas and generated jobs for Muslims. However, Mr. Siddiqui and the Chairman of the All Bengal Minority Youth Federation, Mohammad Quamaruzzaman, alleged that the TMC has just enjoyed their support and done nothing for the minority. This time, the entry of the AIMIM and Mr. Siddiqui opens options for these voters.

Ms. Banerjee’s resentment against those chanting Jai Shri Ram highlights her slant towards the minority. But considering the BJP’s strong presence in the State there is a fear that the party will lose the Hindu votes. To balance her favouritism towards minorities, the Banerjee government has come up with scheme offering houses and stipend to the Hindu priests. The government has also allotted a 700-acre land to the International Society for Krishna Consciousness (ISKCON).

The entry of the BJP and the AIMIM along with Mr. Siddiqui may cause substantial damage to the TMC. The discontented voters of the TMC now have several options. The Hindu voters may end up with the BJP, while the Muslim voters may extend support to the AIMIM. To continue the decade-long ‘regime’, Ms. Mamata Banerjee needs to consolidate votes of both the communities. The dynamics of the Bengal politics seem to have left Didi in a dilemma.