A hard-hitting portrayal of reality.

Bengaluru: ‘Delhi crime’, the 2020 Emmy Award-Winning web series, written and directed by Richie Mehta, is based on the Delhi gang-rape case that sent shock waves across the nation. The series steers clear of melodrama. The emotional portrayal of each character is powerful, yet delivered subtly, making the viewer go through a mixed response of rage, sadness and, most importantly, shock. An outstanding performance by Shefali Shah, ably supported by the rest of the cast, makes this a must-watch. ‘Delhi Crime’ was named the Best Drama series at the 48th International Emmy awards recently.

A few minutes into the episode, we are met with the sight of two injured people lying on the side of the road with a crowd gathered around them. The gruesome nature of the crime imposed on them soon comes to light as the victims painfully narrate their story. Deepika (Abhilasha Singh) was gang-raped in a moving bus by six men, one of whom had also plunged a metal rod inside her while her boyfriend Akash (Sanjay Bishnoi) was beaten up.

As the series progresses, it follows the police investigation of the case providing a fresh point of view to the infamous horror story that was the Delhi gang-rape case. DCP-South Vartika Chaturvedi, played by Shefali Shah, is a strong-willed, passionate woman who is the driving force behind the investigation. She assembles a special task force which goes on a manhunt trying to locate the perpetrators of the crime while gathering enough evidence to ensure conviction. As the hidden layers of the plot slowly begin to unravel, the series becomes all the more gripping. 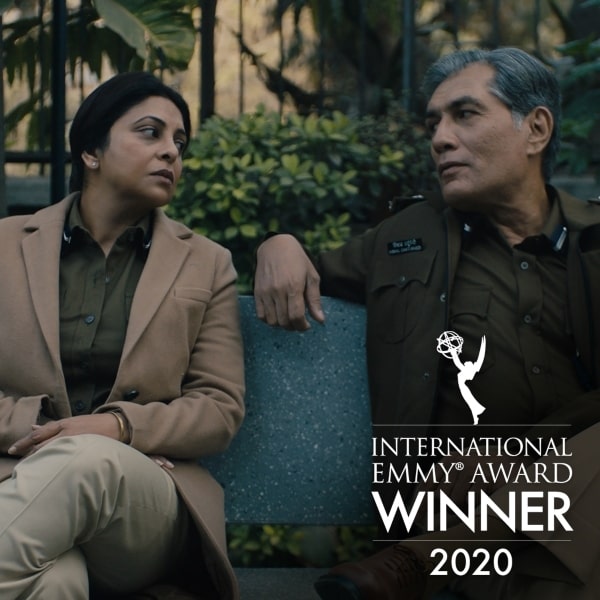 The police force meticulously and tirelessly goes about nabbing each criminal. One particular scene that is really disturbing is when Jai Singh (Mridul Sharma), the most brutal of them all, remarks that he feels no remorse for what he has done. The dialogue delivery and performance is so apt that it inspires anger and hatred in the viewer.

We are also introduced to the numerous hurdles the police face during investigations. For once we get to hear from the side that is usually the most criticized. Mounting political, public, and media pressure does not help the situation either. What is worse is the media fabricating stories based on rumours. Widespread protests and unrest cloud the city with officials blaming the police of shoddy work. Despite all this, the police manage to deliver. However, the question arises whether it is a cause for celebration.

Officer Neeti Singh played by Rasika Dugal is another strong character who is given the task of tending to both the victim and the family. She is shown working tirelessly attending to her other police duties while at the same time becoming the emotional crutch for the victim’s parents. She is also depicted as the moral compass of the series.