Explore the reasoning behind temple structures with Lathashree Kolla. 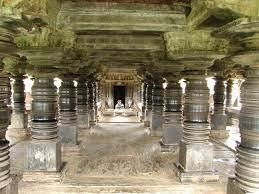 We drive past many temples built centuries ago, many of them neglected and without even a board giving information about its history, age, and architecture. Karnataka has many like these as the state has the second-highest number of historic structures in India, many totally neglected and vandalised.

In an attempt to create awareness about the science behind the structures of temples, Lathashree Kolla, an archaeologist, gave an insightful talk in the Chai with History (CWH) series.

"Everything is pretty coordinated," she says, adding that buildings are a functional concept made for a specific purpose”.

A temple structure can be mainly divided into three areas — Ardha Mandapa, porch connecting the space outside and the deity inside; Mukhamandapa, where people would have assembled and justice was delivered in the historic times; and the Navaranga, an elevated hall for worship.

“According to Yajur Veda, a Hindu scripture with elaborate methods of sacrifice, the Yajna Kunda, the square brick structure where rituals and sacrifices are performed in front of a sacred fire, should not be a permanent structure. Tantric mantras should be chanted every time it is constructed according to the floor plan. Now, though, since the tradition isn’t strictly followed, yajna kundas are built as permanent structures in ventilated areas to ensure that the smoke doesn't blacken the interiors”, she added. 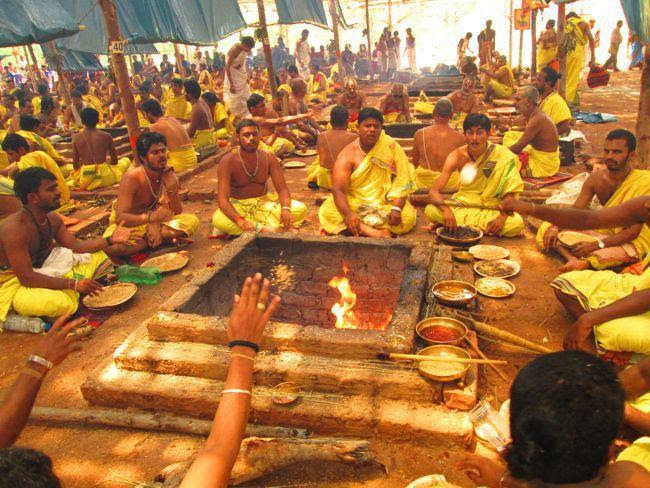 A fire altar built for a sacrificial ritual. Credit: templepurohit.com.

"Temples also change in their semantics and meanings with rituals, and temple architectural planning has to also suit the local community's needs to survive”, she added.

Citing the example of the stunning Sri Ranganatha Temple built in the year 817 CE by Hambi, a female dancer in Tamil Nadu, she says that the main idol is usually placed in the centre of the temple complex.

Comparing the past and the present, Ms. Lathashree says that Abhisheka or the coronation by pouring water or milk was initially done only on humans such as kings and emperors and not on idols, as it is done today. Therefore, many of the ancient temples didn't have paraphernalia to perform Abhisheka.

Referring to Buddha's advice on self-inquiry, she states, "People are expected to elevate their consciousness higher and higher," which is reflected in the structure of Buddhist stupas.

The circular movement of devotees around a god is called Pranali or Pradakshina. The course of motion has changed over the years with developments in technology. After the Abhisheka of Linga, which represents Lord Shiva, the water initially flowed out in one direction, and devotees half-circumambulated the deity without stepping on the water believed to be sacred. 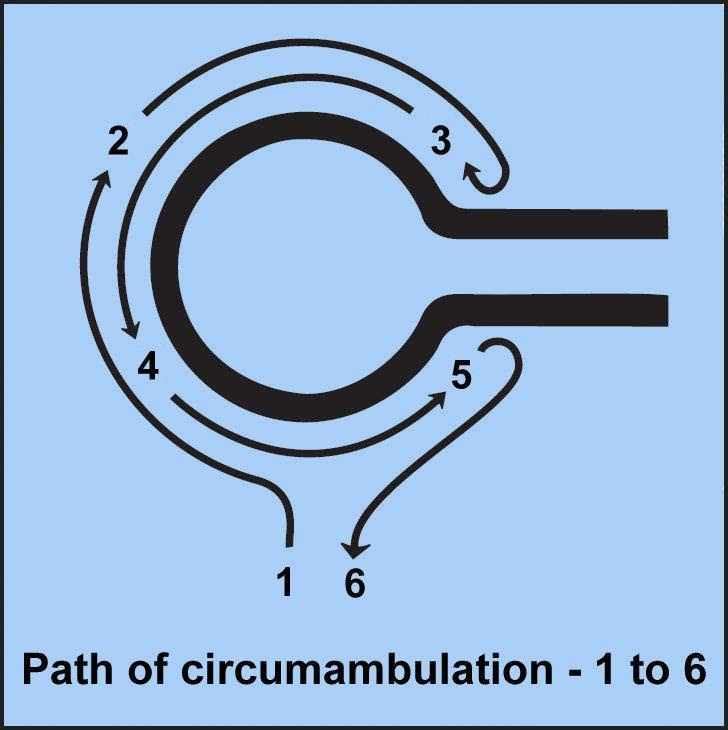 However, with the advent of the drainage system, the water has a pathway to flow through the ground to the temple's exterior and later to the city's sewerage system. Now, devotees, ignorant of the liquid flowing below the ground, make a complete circle around the deity.

Temples are found in every nook and corner of India waiting to be restored, studied, and celebrated. The Chai with History (CWH) sessions, which Ms. Lathashree conceptualised in 2013, is a great way of learning to transform one’s perspective about temples and various aspects of Indian culture and its past.