The journey of students during the lockdown. 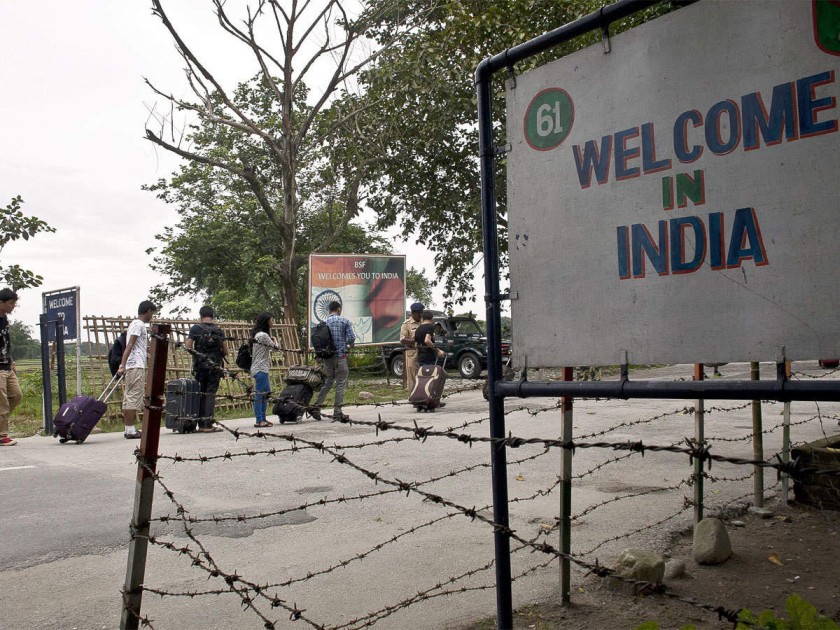 Bengaluru: Nepal and India have always been open to cross-border movements. Many students from Nepal pursue higher studies in India. Most of them preferred to go back when the COVID-19 pandemic broke out. The journey back home was an arduous experience for them.

Saugat Karki, a second-year Civil Engineering student, was travelling by train to his home town when the lockdown was announced in India. "The news sent a chill down the spine. Everyone in the train was worried. People were doubtful if they would reach their destination safely. The train dropped me at Darbhanga. My next destination was Forbesganj, but owing to the lockdown it became extremely difficult to travel further as buses were not available. From 11 am to 6 pm I was left stranded at the bus stop. Finally, a crowded bus arrived. The fare was five times the normal. I had no other option but to agree to pay Rs 500. After travelling for five hours standing in a crowded bus, I reached Forbesganj at around 11 pm. I spent the night sleeping outside a house. The owner was kind enough to allow me to sleep there," says Karki.

The next day he started walking without waiting for a bus. The urge to reach home kept him going. After a few kilometres of walking, a tractor gave him a lift. It was then followed by an ambulance. Finally, he was at the India-Nepal border. Owing to COVID-19 fear, the border-crossing rules were stringent. He spent the entire day standing in a queue completing the procedures. At night he was in his country. After spending the next 21 days in a quarantine centre, he could reach home in Biratchowk city.

Mandip Budhathoki from Bangelakhuri reached home before the Nepal government imposed a lockdown. There was no Internet connectivity in his village. Even though the college was physically shut, online classes resumed soon. To continue his studies, he rented a room in Khalanga city. "Even though I was in Nepal I had to stay away from my family. The rent was high but I had no other option. I stayed there for two months. During this time, I did all the daily chores such as cooking and washing clothes to save money. When an online transaction shop’s owner near my village allowed me to use his internet service I shifted back to my village. Studying there continued till I decided to return to Bengaluru," says Budhathoki.

After the lockdown was lifted students decided to return to India. But that was not easy either. They had to take the local government’s permission and undergo a COVID-19 test. After crossing the border, they stayed at Siliguri for two days as they could not get train tickets. Finally, a broker arranged tickets for Rs.4000, which generally cost Rs.2000. After spending more than half-a-year at home and travelling for 78 hours, they finally reached Bengaluru.