Every one of us have had terrible nightmares. But have you done anything to fight the anxiety that comes with nightmares? 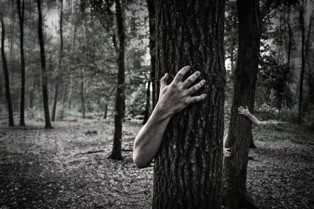 Sometimes I feel like I’m falling off a cliff or tripping as my body suddenly experiences a jerk while sleeping. This is called a hypnic jerk. It is the state where you’re about to fall asleep after a very tiring day or if you’re sleep deprived. Your brain enters sleep more aggressively while your body is not prepared for it.

Nightmares are most commonly some kind of physical aggression, a serious accident, a disease or any fearful incident. These nightmares may be a sign that a bit of the social code that keeps us in line during the day and is fundamental enough to who we are that it apparently operates even in our sleep.

The seeds of nightmares are planted during the ‘infantile’ period. This period gets disrupted if the child experiences significant trauma during this sensitive time-window— for example; physical abuse, witnessing domestic violence, or being placed in rotating foster care with no consistent attachment figures. Psychologist Tore Nielsen, of the University of Montreal, dubbed the Stress Acceleration Hypothesis (SAH). The idea behind SAH is that early adversity of these sorts can accelerate the development of skills that govern fear and crisis management. These are useful for the child, but unfortunately, these could facilitate nightmares and psychopathology later in life.

Transcranial Stimulation is one method that involves introducing low levels of low-frequency energy into the frontal and temporal lobes of the brain. It changes ordinary dreaming to lucid dreaming as shown in experiments. The most convincing experiment was in a 2014 study published in Nature Neuroscience and led by Ursula Voss, a psychology professor at J.W. Goethe-University in Frankfurt, Germany. Lucid dreaming is when the brain is aware that the experience is just a dream. The individual can stand back from it and observe it as a third person’s point of view. Sometimes, the individual can also take control of the nightmare, for example, if the nightmare shows a ghost chasing you, you turn back at it and chase the ghost instead of getting chased. This is how the narrative of the brain can be taken in control.

‘Desensitization and Exposure’ is yet another very powerful nightmare treatment. In a 2018 paper in the Journal of Sleep Research, a team of scientists explored some lower-tech nightmare treatments. In the first step of Desensitization and Exposure treatment, the patients are asked to practice relaxation exercises, including steady breathing and alternately tensing and relaxing muscles throughout while they imagine the nightmare vividly. Post this, they were asked not to take any therapeutic steps and imagine the nightmare. In this non-tech exercise, the first step teaches them to take control over the nightmare and the second step exposes them to the raw nightmare in a controlled setting. Over time, this can strip it of its power to cause distress.

‘Image-Rehearsal Therapy’ is a simple way not to get distressed by a nightmare. The patients imagine the nightmare multiple times a day in a quiet and focused setting. Then giving it a softer and happier ending. Let’s say, a tiger chasing you turns into a kitten. It’s a simple, but apparently empowering method. Multiple studies in the 2010s have shown that it can decrease nightmare frequency and severity—even among PTSD patients (Post-Traumatic Stress Disorder)—and improve overall sleep quality.

Nightmares can not be controlled but the way we approach it and the way we understand it can certainly reduce the anxiety and distress about nightmares. The new technologies are the solution for such disturbing nightmares although they can not completely eliminate them but can help in mental peace.