A glance into one of the most successful approaches to work. The calmness and the silent energy which he exhibits through his practical approach to the game has not only lifted the team mates but has also jolted the opposition very often. 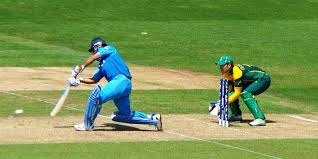 2 times world winner, 2 times IPL champion, thousands of runs and millions of memories. The man and his making

More than 550 international matches, around 13 thousand runs across formats, 3 ICC championships, plenty of wins and plenty of losses. MS Dhoni has undoubtedly been one of the best leaders of the current generation. Even though quite a few captains in history have had better captaincy records, what puts him on a different level is the approach he’s had throughout his career.

What MS Dhoni did was something that every sports person is encouraged to do, but only a handful of them have successfully been able to do that, handling emotional Intelligence. According to Oxford English Dictionary, Emotional intelligence is the ability to be aware of, control and express one’s emotions, also to handle the interpersonal relations emphatically. A leader irrespective of the field he or she is in is supposed to have high emotional intelligence. This isn’t any single entity but an amalgamation of few components. Daniel Goleman, an American psychologist drew out five elements of the same :-

The success story of MS Dhoni is itself a testament to the level of motivation he has had since the beginning of his career. Be it the selection in the team, leading the team to the first T20 championship or winning the CB series in Australia, all of it came from a very intrinsically motivated self. Another example of this would be nurturing the young players for the future. The likes of Suresh Raina, Ravi Ashwin, Rohit Sharma and even the current Indian skipper, Virat Kohli were a part of this process.

Empathy, in this case, is a bit different than what we experience in daily life. In sports, it is more about thinking from the opponent's point of view. This out of all is something MSD has mastered. Making Joginder Sharma bowl the final over, bringing Ishant in 18 overs in the Champions trophy finals or opening the bowling with Ashwin against a left handed Gayle. Here Dhoni showed that how a leader with his innate empathizing capabilities can very tactfully triumph over the opponent.

This is where the skipper scores the most. He is extremely high on this front. Totally aware of his strengths and weaknesses as a player and a leader. This is evident through his approach in run chases, defending the score, wins and losses. Being self aware he has changed the tables very often. The calmness and the silent energy which he exhibits through his practical approach to the game has not only lifted the team mates but has also jolted the opposition very often.

This element by Mr Goleman is one of the most important qualities required for a leader. MS Dhoni has touched unattainable highs and has also seen ugly lows, what remains common in all of them though was the ‘captain cool' approach. Not many people can manage a wry smile after winning the World cup after all.

In his 9 years of captaincy, MS Dhoni has changed the brand of Indian cricket. Besides him, many young players were coming into the scene, the major positive though was the proper utilization of this young team – which led to ICC trophies and No. 1 test ranking. Though his equation with some senior players always remained under scanner.