Working with theatre doyen, Alyque Padamsee boosted his confidence to just keep the interest alive. “Someone saw me in ‘Legend of Lovers’ and wanted me to work in Taj Express,“ he says. 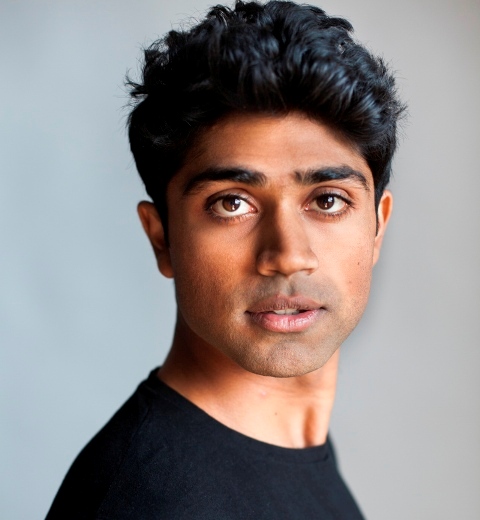 In this episode of the NSoJ Tannoy Podcast, we speak with Mikhail Sen who is isolating in the scenic town of Tring in England. He talks about how the pandemic is weaving a new style of storytelling and how he landed a role in Mira Nair’s A Suitable Boy which is set to close the Toronto International Film Festival.

“In many ways theatre chose me,” he says while crediting his parents for the actor he is today. Born into a family of theatre artists, his parents Ashish and Munira Sen, tagged him to most of their rehearsals. Fascinated by the eccentric voices and the theatrical aesthetic, theatre eventually became a part of him.

The Bengaluru boy fell in love with the city’s repertory theatre and its artists. It was at this time, ace theatre persons Jagdish Raja and Arundhati Raja noticed his talent and gave him an opportunity in the Czech satirical play “Insect Play” where he made a cameo appearance as a cockroach. Despite it being a two second appearance, “they were two brilliant seconds,” he says. When he saw the audience clap for him, he was oozing with confidence, something he did not feel otherwise.

Mikhail honed his theatre skills while pursuing a history honours programme at St. Stephen’s College, Delhi, where he eventually became the secretary of the Shakespeare Society. After dabbling in a few successful plays, he got to direct Macbeth in his final year of college.

Wrestling between a hobby and career

It dawned quite late that theatre could be a career for him. After graduating from St. Stephen’s, Mikhail took a year off and managed to attend a theatre workshop in the United Kingdom. At this point, he decided to make a career out of theatre, and joined Jehan Manekshaw’s Drama School in Mumbai “It was not very easy and my heart wanted more,” he says as he went on to do his Master of Arts in Acting at the Drama Centre in the University of London.

How Taj Express turned his wheels

Talking about his first lead role in Alyque Padamsee’s ‘Legend of lovers’, he says, “At the end of his Masters programme, they do this showcase where they invite everyone from the industry to see you perform. If you are able to impress the veterans, then you are offered a role or two and I was really lucky to get a couple of opportunities to work but unfortunately my visa was about to expire due to which I was not able to continue working”,says Mikhil.

Working with theatre doyen, Alyque Padamsee boosted his confidence to just keep the interest alive. “Someone saw me in ‘Legend of Lovers’ and wanted me to work in Taj Express,“ he says.

The Taj Express took him all over the world with 64 shows in 53 cities and 85 days and opened doors for him. Initially, it was tough because “theatre doesn’t pay,” he says as he recalls his trying times in Mumbai

“Taj Express was a show he never imagined to be a part of. It played out to all the stereotypes but at the same time it was clever,” he adds.

He articulates the life of a young actor who is trying to break through in this industry. “Mumbai is a great city but will not give you things easily. You really need to work for it,” he says as he learnt what struggle meant while couchsurfing and auditioning in Andheri. While his Hindi was fairly good, he was labelled “too dark” or “too brown” at the doorstep and wanted the industry to atleast give him a chance to audition.

Thank God I took that catch

The turning point was when he was playing for a cricket club chaired by Harold Pinter and took a catch of this director’s bowling. “Thank God I took that catch as he offered me a job at the Royal Court,” he says in jest. He met a casting director of the Royal Shakespeare Company who offered him an audition. “The amazing thing was, that day when I was doing the reading at the Royal Court, Mira Nair was in the audience,” he says after which they worked together for A Suitable Boy.

Rethinking how we do theatre during the pandemic

Undoubtedly, theatre has come to a grinding halt. On the brighter side, he sees a vibrant future. He says the hiatus is useful as it is giving him time to reflect on what theatre truly represents at the moment and the kind of stories he wants to tell people. According to him, the pandemic has opened doors for artists to work creatively as rehearsals have moved to meeting platforms.

“It is nothing compared to the real thing. It lacks the liveness that a theatre set would give and there is no way to connect with the audience. However, it is a great place for research and development and to conduct rehearsals,” he says. He adds you don't necessarily have to perform for 1000 people in an auditorium and it is time for small scale theatre shows and rooftop theatre to make use of this period of isolation.

Pandemic or not, theatre never stops

He believes that technology is only getting better and the economics of theatre might bring out a situation where rehearsals are done at home and when it is fit to be brought to the stage, theatres can be booked. “This would cut costs,” he says. Despite the current situation with COVID-19, he is able to work with artists across the UK and is also keeping an eye on India’s theatre scene. “We have come closer in terms of not having to be in the same place to make a piece of art,” he says highlighting how this period is bringing ingenious ways to tell stories and reach a global audience.

You will be able to watch Mikhail Sen in Mira Nair’s ‘A Suitable Boy’ on BBC and is soon to be released on Netflix.