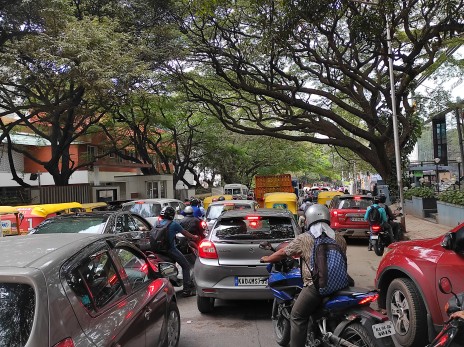 Bengaluru: The chaos on roads has been hampering the city’s brand value and has become a nightmare for the citizens to drive through the prime locations of the city. Growing population density and poor public transport have also contributed to the traffic congestion in the city.

Several bikers, who are more vulnerable to road-accidents, are seen riding without wearing helmets with impunity. Traffic police risk their lives to stop these fast-moving vehicles, especially during peak hours.

Mr Srikanth, Madiwala Traffic Police Officer, Silk Board Junction, said:” Traffic is very high during peak hours”. He said that the traffic congestion starts at 8 am, slightly relaxes by 1 pm, and then picks up again by 5 pm and continues till 8 pm. However, he added that there had been a significant drop in traffic compared to the pre-pandemic times. “I see only 60 per cent of vehicle-movement now." Probably, owing to the work-at-home system adopted by various IT companies, a few professionals have stopped commuting." Even collection of fines owing to traffic violations has come down drastically. Mostly by next month we can expect to witness the usual Silk Board traffic”, he said. 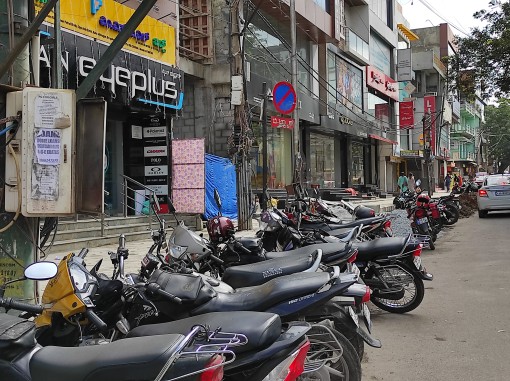 Triple riding has become a common traffic offence on the city roads. Towing away vehicles parked in No-Parking zones has also become a norm. People park their vehicles either wilfully or without noticing the circular Black-P display board and eventually end up paying hefty fines. Despite the proper implementation of a few stringent rules such as the collection of fines and a three-month suspension of the driving licence, a number of motorists still defy the regulations. 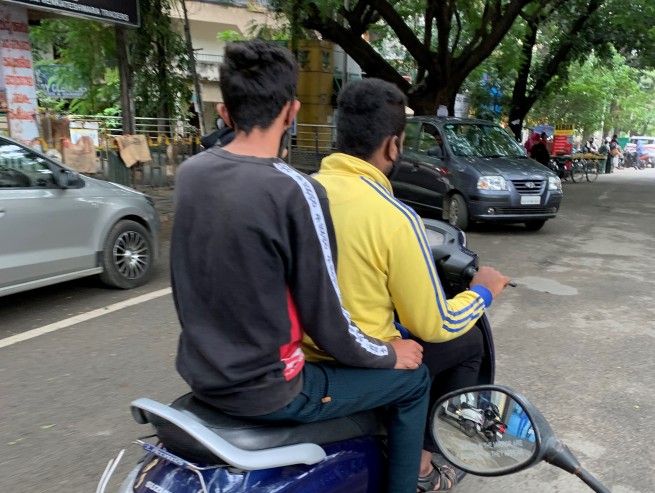 Mr Arif, an Auto rickshaw driver in RT Nagar said that traffic congestion picks up there by 5 pm. ”More than the traffic jams, I see a large number of people riding motorcycles without wearing helmets, youngsters triple-riding, and parking of vehicles in the No-parking zones''.

“It takes more than three hours for me to travel from Electronics city to KR Puram owing to traffic chaos,” said Ms Deeksha, an IT Professional who commutes more than 60km up and down. She said: “At the Tin Factory Bus stop, I wait for more than 45 minutes to catch a second bus to reach home. Traffic is acute after 6 pm and the too many signals in between annoy me”.

Mr Shivanand, a BMTC bus (Route 500D) driver, said: “Yes, traffic is common at SIlk board and near the Hebbal Flyover, but separate bus-priority lanes provided there have benefitted us in saving a considerable amount of time. Using such lanes, they were able to finish their first round-trip two hours before the stipulated time,” he added.

It was only during the series of lockdowns imposed owing to the COVID-19, the roads wore a deserted look with fewer vehicles. There was a significant improvement in air quality. But the chaos on the roads of the city has now returned to its pre-pandemic levels with no restriction in vehicular movement.