Celebrating The Women Of Today

A movie that portrays men in a rather stereotypical manner. But the women of the 21st century are feisty, fierce and more than equal, to them. 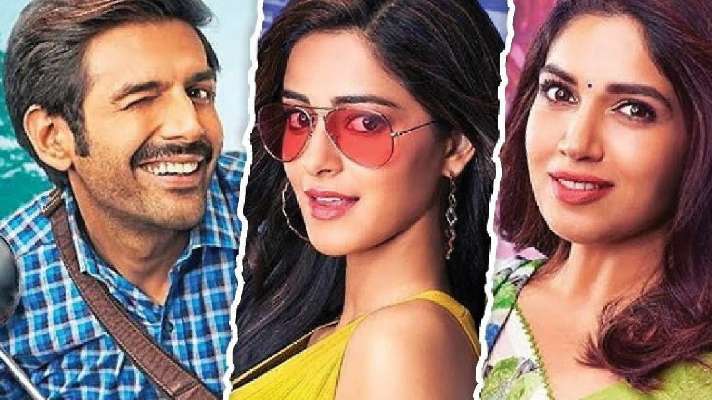 A poster from the movie Pati Patni aur Woh

The women, however, are no longer helpless and hapless beings but financially independent decision-makers, for whom “husband” is no longer a refuge. His infidelity is not something a woman has to bear with for the rest of her life. “To be or not to be” the prototype of a good wife is no longer a valid question. If “fun” is what men are salivating for all the time, women can lap it up in equal measure. Or, more.

Mudassar Aziz’s Pati Patni Aur Woh celebrates the woman of today who doesn’t shy away from her sensuality and sexuality, dreams big, has a firm spine and champions the bonding of sisterhood. No sautan (second wife), only saheli (friend) for the 21 st century woman.

Abhinav Tyagi aka Chintu (Kartik Aryan), a government employee from Kanpur, is smitten by the feisty Vedika (Bhumi Pednekar). They get married. Vedika dreams of shifting to Delhi for a better life. Chintu is cosy in his comfortably predictable world of a nine-to-five job and smoke-breaks with friends. There is marital bliss until Tapasya Singh (Ananya Pandey) walks into their life. She adds a dash of sass in Chintu’s otherwise mundane existence. He now wants to spend time with the young girl who is in Kanpur to expand her Delhi-based boutique. When Chintu feels that his marital status is coming in the way, he spins a yarn. Adding to the madness is his friend Fahim Rizvi (Aparshakti Khurrana), who sometimes aids Chintu in his exploits, and at times adds to his troubles. Predictably, things go haywire.

Of course, Vedika finds out about Chintu’s good times. She leaves. Only to come back. This time with a friendly caution. Does she forgive and forget? Knowing Vedika, no chance! But she does leave. She doesn’t create a scene but intelligently acts to salvage her self-respect.

Bhumi is top-notch as the feisty Vedika. Her effortless flair makes her a delight to watch. Kartik Aaryan is cute as Chintu, but has a long way to go when it comes to expressing and emoting. Ananya Panday looks sparkling fresh, but is listless when pitted against Bhumi.

Pati Patni Aur Woh gets it funniest moments from the film’s character actors. Be it Aparshakti who plays Chintu’s friend Fahim Rizvi or the seasoned actors who play various family members and other side roles-- Rajesh Sharma, Navni Parihar, K.K. Raina, Geeta Agrawal Sharma, Neeraj Sood. Their comic timing is spot on!

Pati Patni Aur Woh is an entertainer that underscores the message -- men will be men.