This unique form of therapy is slowly gaining momentum in India as one of the foremost holistic health treatment methods. 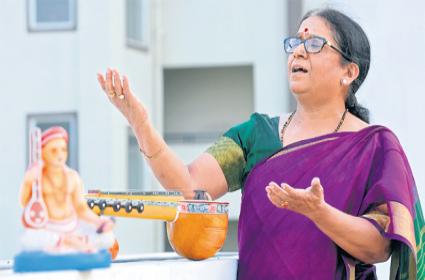 Bengaluru: Along with the passion of teaching Carnatic classical music to aspiring singers, this stalwart classical vocalist has been working tirelessly for more than three decades with the sole purpose of making music therapy an integral part of treatment and rehabilitation in the field of medicine and psychology. Being the first family counsellor of Karnataka, she has worked as a psychosocial consultant for 15 years in various social welfare organisations.

By setting up Manollasini trust, a branch of Meera School of Music Therapy, Education and Research, in 2000, Dr. Meenakshi Ravi has been the guiding force in bringing happiness to her clientele through the divine intervention of thousands of ‘ragas’ and varieties of ‘taals’ of Indian classical music. The trust expanded its horizon by opening a new music therapy centre, ‘Nadamaya’, in Hyderabad in 2014. This one-of-a-kind music school also trains students in bhajans, slokas, folk songs, mrudangam, and devotional light music.

Dr. Meenakshi has organised several state, national and international level workshops and conferences for training professional counsellors and has published articles on women’s issues and other social health matters. She worked as a secretary of the Indian Music Therapy Association (IMTA) two years ago and has been a student of Carnatic music for the last 45 years and a performing artiste for 20 years.

Excerpts from an interview with Dr. Meenakshi Ravi:

Q. What is the definition of music therapy? How did this concept arise?
A. It is one of the non-invasive therapeutic interventions used in psychology. It provides solutions to the psychological, neurological, social, and behavioural problems of an individual. The tunes, melody, and rhythm of music bring in calmness, positivity, and instant energy in a person. The birth of this concept goes back to Vedic times and has its roots in Nada Yoga. Some of the ragas such as ‘Anandabhairavi’, ‘Neelambari’, and ‘Kedaragowla’ have been sung during wars since the 18th century.

Q. How does raga therapy impact an individual? Are there any specific ragas used for treating a particular mental disorder?
A. Music healing is given according to the needs and ability of our client. For example, people with speech disorders are advised to chant ‘OM’. We focus mainly on Carnatic music and its different forms such as ‘slokas’, ‘akharas’, bhajans, and ‘vachanas’ to treat our clientele. After the therapy, they get rejuvenated by going through a meditative experience.

Based on an experiment conducted on some of my clients, I have concluded that there are certain ragas used for the healing process. Ragas such as ‘Abhogi’, ‘Kanada’, and ‘Vakulabharanam’ bring calmness to an individual. Ragas such as ‘Kapi’, ‘Mohanam’, and ‘Hamsadhwani’ bring joy, and ragas such as ‘Shankarabharanam’, ‘Bilahari’, ‘Atana’, and ‘Kedaragowla’ stimulate energy within a person’s body. All these ragas have proven to free an individual from anxiety and depression, and the observations have shown significant improvements in their psychological well-being.

Q. Can you elucidate a few other health benefits gained after undergoing this therapy?
A. The self-esteem and self-confidence of a person are boosted, and the ability to express oneself at ease will enhance. There will also be an improvement in eye-to-eye contact, concentration, memory power, and coherence in communication skills. I have enumerated all the benefits of music therapy in my book, ‘Music and Mental Health.

Q. What was your motivation to start a school dedicated to music therapy? Does being a singer add to your advantage in providing better service to the needy?
A. During my 15 years of counselling, I realised that all problems could not be solved by normal psychological practices. Gradually I began to understand that I provided answers to my client’s queries through music. Some of the songs by Purandara Dasa helped me answer their worries. I was suffering from asthma and was cured of it by daily music practice. I had a tough time balancing personal and professional work but was able to manage both because of vocals.

I conducted the raga therapy experiment on few women clients who used to approach me for marital counselling. I asked them to lie on the floor in Shavasana (Yogic pose). I selected a few compositions and sang for an hour interpreting the lyrics of each song. After the entire healing process, their reactions were priceless. Some of them were in tears of joy and soon started singing songs with devotion. Their suppressed emotions had vanished and they felt relaxed. These results of the experiment gave me the confidence to treat any patient. An article on this experiment was published at a national conference in Delhi in 2002. I have also penned this experiment in my book.

Music has been an integral part of my life. I have learned the art from veterans in this field and have got an honorary doctorate in ‘Music and Music therapy’.

Q. Can you quote an example of a person who has recovered from extreme mental illness through your therapy?
A. Initially, I started my therapy sessions with specially-abled children who were suffering from cerebral palsy (Abnormal brain development), mental retardation, speech disorders, and other health issues. I was the first one to start a music therapy centre in Bengaluru. Five to six therapists help me in providing sessions to around 35 children and adults suffering from Autism (difficulty in social interaction) and other mental complications. We have dedicated 45 to 60 minutes twice a week to address each student’s area of difficulty. We have started online sessions since the outbreak of the pandemic.

One of my students approached me for music therapy classes when he was just 12 years old. He was coping with cerebral palsy (Brain disorder) and diabetes. He was blind, hearing-impaired, and could not speak voluntarily. After the therapy process, he became free from most of the health issues and now sings very well. He has also completed a certificate course in music. 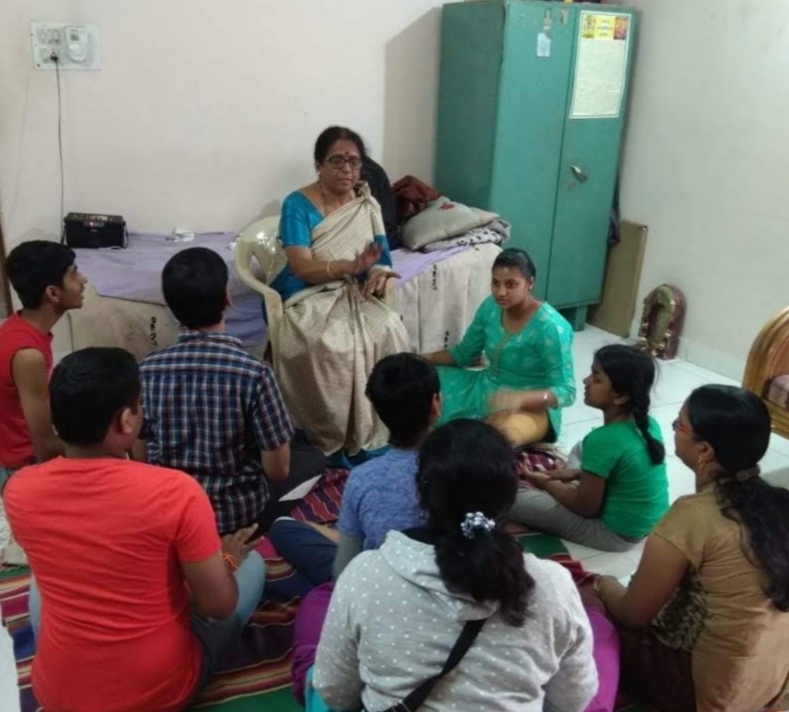 Q. How are you promoting music or raga therapy as a form of psychological intervention across the city and state?
A. I have been spreading this knowledge by teaching and conducting workshops. We have conducted lecture-demonstrations at Bharatiya Vidya Bhavan on ‘Scientific Aspects of Music Therapy”. I have written a couple of books such as ‘Nadamanthana: Impact of Music on Personality Development’ and ‘Strength and Harmony: A Basic Guide to Holistic Health’. I also conducted a workshop with differently-abled children in the USA and its outcome was overwhelming. I have been teaching students from Japan, Germany, and the USA music therapy for the last few years. I have conducted raga therapy workshops in several IT companies across the country. There are also some of our therapists in Hyderabad’s Nadamaya centre who are helping our clientele.

Q. Do you feel there is a requirement for more music therapists in the country?
A.There are three to four music therapy centres in the city that are providing good service. Owing to the increase in demand, I am planning to start a music therapy course next month to train therapists across the state. I strongly believe that this form of therapy should be administered in hospitals, rehabilitation centres, and pediatric care centres. Just like how Yoga, meditation, and physiotherapy are being encouraged as different forms of treatment methods, music therapy should also be promoted by the AYUSH (Ayurveda, Yoga, Naturopathy, Unani, Siddha, and Homeopathy) ministry. Raga therapy has already been widely accepted in western countries, but in India, it is still gaining momentum. I am confident and assure you that this form of therapy is holistically beneficial to a person’s health and well-being.