Bus Crew Misbehaviour On The Rise

A look into how BMTC bus conductors not only fleece the passengers but also misbehave with them. 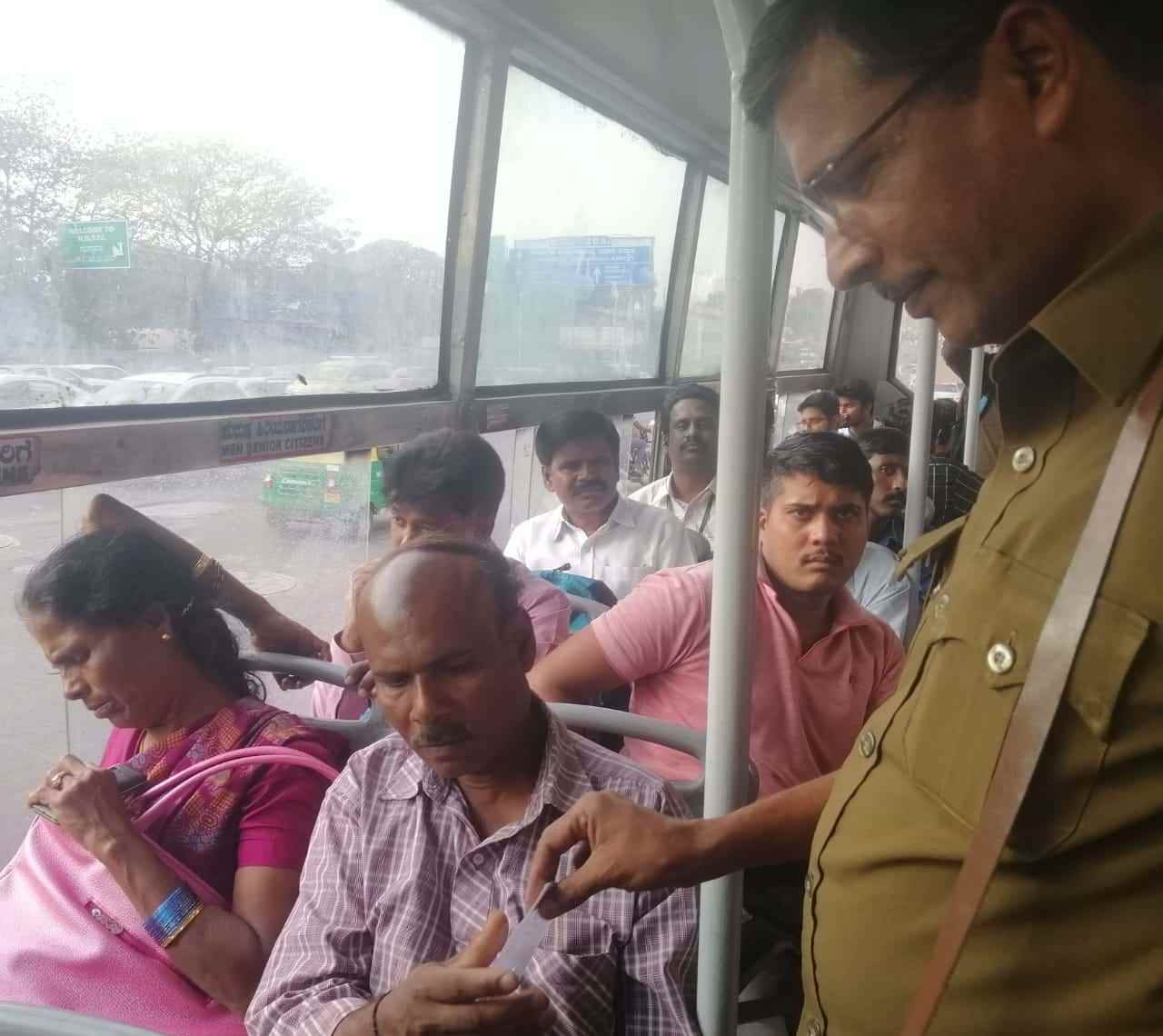 Not every bus conductor is rude to passengers, there are many of them who deal with commuters politely, displaying a great sense of patience

By Nisha Singh and Sreemayi. S.R.

Bangalore: “The conductor misbehaved with me and my friend in front of the other passengers when we were traveling to an examination center, asking us why we didn’t go to him to buy the ticket. He said we had to pay a fine of Rs. 200 for not having bought out tickets, although it was only two minutes since we had boarded the BMTC bus,” said Yamini a daily student commuter.

“I was coming from the airport; I gave the conductor Rs 500 and my fare was Rs. 240. He told me that he would give back the change at the next stop but even after three stops went by, he did not give back the change. I asked him twice. After a while, I also forgot about it and got off the bus, losing. 260,” said Rahul, software engineer.

Bangalore Metropolitan Transport Corporation (BMTC) buses are the primary mode of public transport in the city. It has the highest fares in the country with little concern for passenger convenience. Conductors are regularly seen arguing with commuters and often not returning the change even after being asked for it.

“I was going to Agara from Koramangala Signal and the fare was about Rs. 10, but the conductor issued the ticket to Ibblur and the fare was Rs. 17. when I told him that he had issued the wrong ticket, he started a quarrel,” said a daily commuter. Often not knowing the local language is a big hassle, and the bus crew can be quite harsh.

Conductors’ work is not easy. Throughout the day, they travel 40 km in a trip for six or seven times daily, and during this hectic schedule, they tend to become impatient and harassed and take it out on the passengers who themselves are helpless.

BMTC operates a fleet of 6,023 buses and has a daily ridership of 35.8 lakh.According to the news reports, 4,118 misbehaviour cases against BMTC crew have been reported in the last two years. So far, this year, 1,335 complaints have been filed through WhatsApp, Facebook and Twitter accounts, letters and calls. Will there be some quick action?