Bitten By The Beat

Uniting through a common love of instrumentalists from India and the United States working together at “An Evening Blend: Jazz + Hindustani Traditions”, explored the intersections of Hindustani music, jazz and beyond by using a unique combination of instruments and cultural backgrounds. 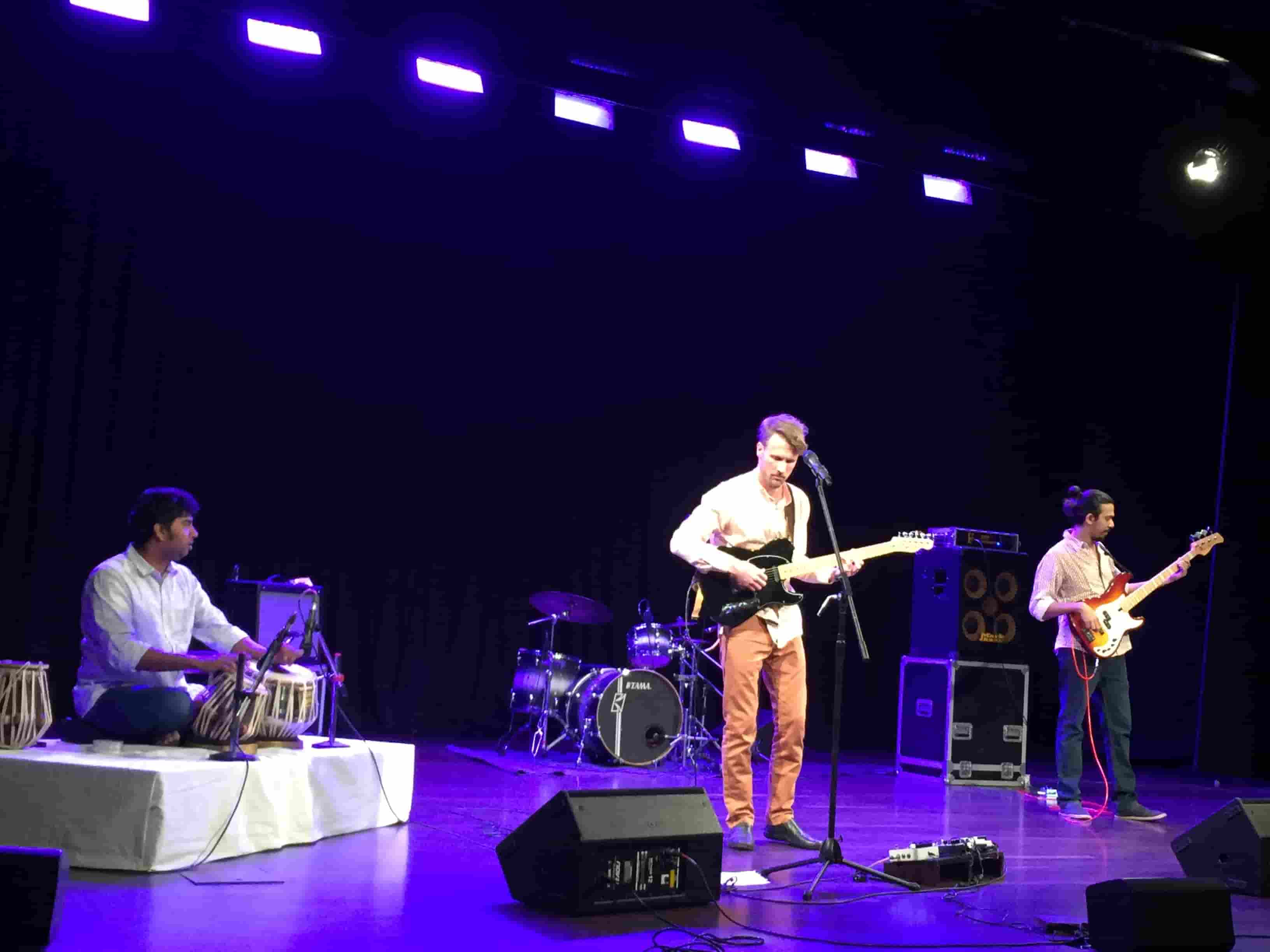 Bangalore: Music is a joy for all. Whether it is Indian or western, classical or modern, it is the string that sways the body in the eternal dance of life. On the February 17 the noisy ambience of Bangalore was disturbed by the melody seeping out of the auditorium of Bangalore International Centre in Domlur. An unlikely combination- Jazz and Ragas, but one that formed a balance of harmonious melody. An unlikely group of musicians came together to perform their songs with the combination of Jazz and Hindustani classical music.

Xander Naylor, a guitarist and composer, from the metropolis of New York, Kedarnath Havaldar, a vocalist and percussionist from Bangalore, Vinay Kaushal, a guitarist, composer and music educator, and Shreyas Iyengar, a passionate drummer, came together and gave a performance that enthralled the audience. They started with their rendition of Raag Yaman. This remarkable performance was delivered by Xander on the guitar and Kedarnath on the tabla. They were soon joined by Vinay on the bass guitar, in their rendition of the Raag Marwa. Shreyas joined them on their next song, an original called Riddling. The group then intensified the atmosphere in the auditorium with the title song of Vinay Kaushal’s debut album, Naked on a Train. Their music captivated the audience and put them in a sort of trance and they unknowingly started tapping their feet to the rhythm.

The music of the group took the audience to a different plane. The musicians were requested for a song for the road after their performance was over. They happily performed a melody which will not fade from the memory of the audience for a long time to come.