Balachandar and Pratima at the top

The Tabebuia Open 2021 saw 38 players from across the country participating in it. 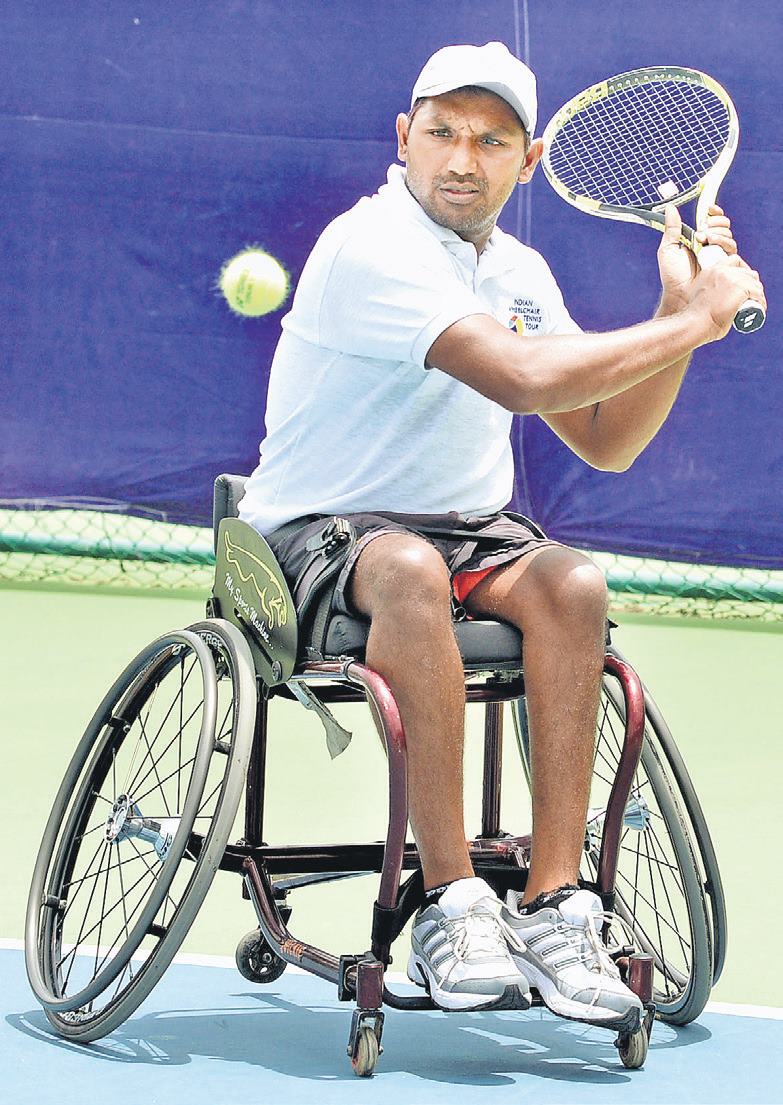 Bengaluru: The Indian Wheelchair Tennis Tour (IWTT) organized the Tabebuia Open 2021 in association with the Karnataka State Lawn Tennis Association (KSLTA), which is the first official tennis tournament for people with physical disabilities since the outbreak of the COVID-19 pandemic. The tournament took off from February 25 with the finals on March 2 at D Cube Sports Club, Yelahanka. It saw 38 players from across the country competing for the top position in singles and doubles matches for men and women.

IWTT is an initiative by Astha-- a non-profit organization working to empower people with physical disabilities through sports, education, and voting rights. They promote wheelchair tennis which is a thriving Paralympic sport which creates a vibrant, accessible, and competitive environment that allows the players to push to their potential.

“Every year we organize three tournaments including the Tabebuia Open. We conduct a workshop, the First Serve, in which we select the best players from across the country and train them for a year by providing them with all the facilities. We have conducted this workshop in other States including Maharashtra, Tamil Nadu, and Andhra Pradesh and are planning to conduct it in ten other States this year,” said Sunil Jain, founder and chairman of IWTT.

Balachandar S won the men’s singles against Karthik Karunakaran and Pratima Rao won the women’s singles against Shilpa P. in the finals. Pratima Rao, who took home her 10th title for wheelchair tennis, said: “I started in 2012, but coming from a middle-class family, I couldn’t afford to pay the fees. KSLTA allowed us to play on weekends and practise. Initially, I faced a number of problems and struggled in moving the wheelchair but got used to it after a month. Mr Niranjan Ramesh from KSLTA recognized my potential and started coaching me.”

The tournament is named Tabebuia as a tribute to the Trumpet Flower that blossoms at Cubbon Park in winter. It is hosted in accordance with the AITA and International Tennis Federations’s (ITF) rules and regulations.