A detailed report about the implementation of FASTag and its implications. 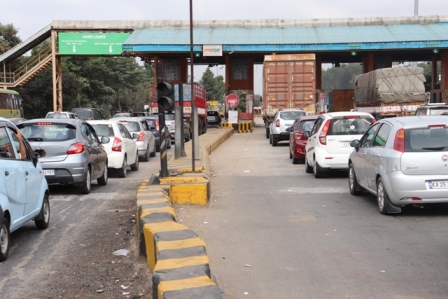 Lines of vehicles at a toll plaza. Will FASTag end these endless queues and make travel hassle-free?

Earlier this year, the Union Minister for Road Transport and Highways, Nitin Gadkari announced that FASTag would be made mandatory for all vehicles, from December 1, 2019. However, the deadline has now been extended to December 15. The government has announced that after December 15, vehicles will be charged double the toll amount if they pass through a FASTag lane without having the device installed.

"I have been using FASTag since I bought my car in 2017. It has worked fine in many tolls. However, I did face a number of glitches. I hope they have made all the preparations before taking such a decision," said Vinayak, a software engineer. People are buying the tags and preparing to meet the deadline. However, the bigger question is how prepared the toll plazas are. According to reports, almost 90 per cent of the toll plazas are ready with FASTag infrastructure as of now and only some new plazas will face teething problems. Mr. M N Sreehari, Advisor to the Government of Karnataka for Traffic, Transport & Infrastructure, said that "This is a practical project, and almost all the toll plazas are ready with the equipment."

How safe is it?

At a time when cyber crimes are increasing rapidly, how has the department made sure that the details collected are stored in the right way? A leak in the database or mechanism could put the customers in trouble as money can be directly deducted from their bank accounts. Expressing his concern over safety, Mr.Ananth, a bank employee, said: "As there are no OTPs or passwords, my major concern is about the safety measures initiated by the government. I do not want to end up losing money."

According to the Ministry of Road Transport and Highways, over 70 lakh FASTags had been issued till November 27, with the highest per-day issuance of 1,35,583 tags on November 26, 2019. The average daily issuance had grown by 330 per cent from July to November 2019.

The transport companies are also working towards procuring the tag for their vehicles. "I have bought tags for my 15 trucks. It was an easy process and helps me track my expenditure as well," said Santhosh, who runs a transport business.

However, KSRTC and BMTC had asked for an extension as they would have to call for a tender and acquire the tags. "We had asked for an extension when the deadline was December 1. Since it was eventually extended to December 15, some of our buses are already equipped with the tag. We are working towards it and we will be completely equipped within the deadline," said Mr.Chandramouli, the District Transport Officer, KSRTC South.

Since the project is being used for the first time on such a huge scale, there might be a few hiccups such as failure of sensors, double payment and so on. However, the NPCI (National Payments Corporation of India) website states that customers can raise such issues with the customer care and they will be resolved at the earliest.

What are the benefits?

According to the National Highways Authority of India (NHAI), the union government agency implementing the project, FASTag comes with a number of benefits. Firstly, it helps decongest the toll plazas and in turn, reduce the waiting time for travellers. What's more, it will help motorists cut down on fuel expended during the waiting time. Also, it promotes the use of digital payment methods. From the government's point of view, this brings down costs involved in storing and transporting large amounts of cash and lessens the manpower required at the toll booths too. This also provides a means for the government to track the vehicles and build up a database.

Going further, FASTags could act as an identification for each tagged vehicle. In the future, automated payments may be possible at petrol stations or even, parking lots. If implemented in the right manner, this could go a long way in promoting cashless transactions-- digital India. 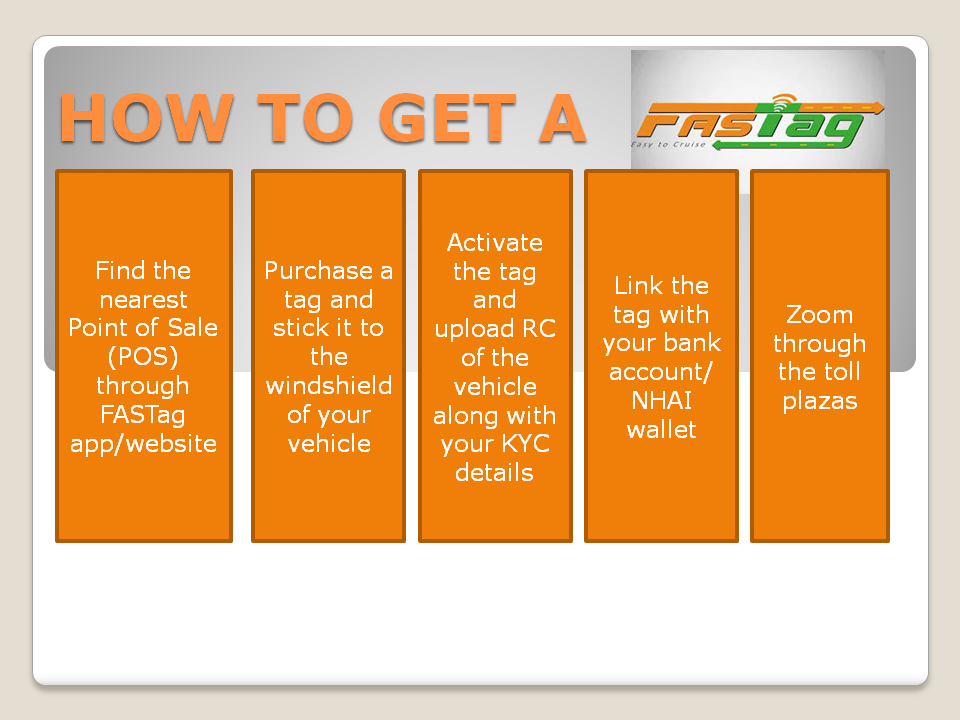 Box: FASTag is a reloadable tag which enables automatic deduction of toll charges and lets one pass through the toll plaza without stopping for the cash transaction. It is based on Radio Frequency Identification (RFID) technology. In simple terms, the tag comes with a code similar to a barcode, which is linked with the vehicle and account details. These barcodes are scanned by a sensor at the toll plazas and the amount is deducted from the respective accounts.