A tragic accident in Mahesh's life tried to confine him to a wheelchair but his perseverance and determination kept him going. 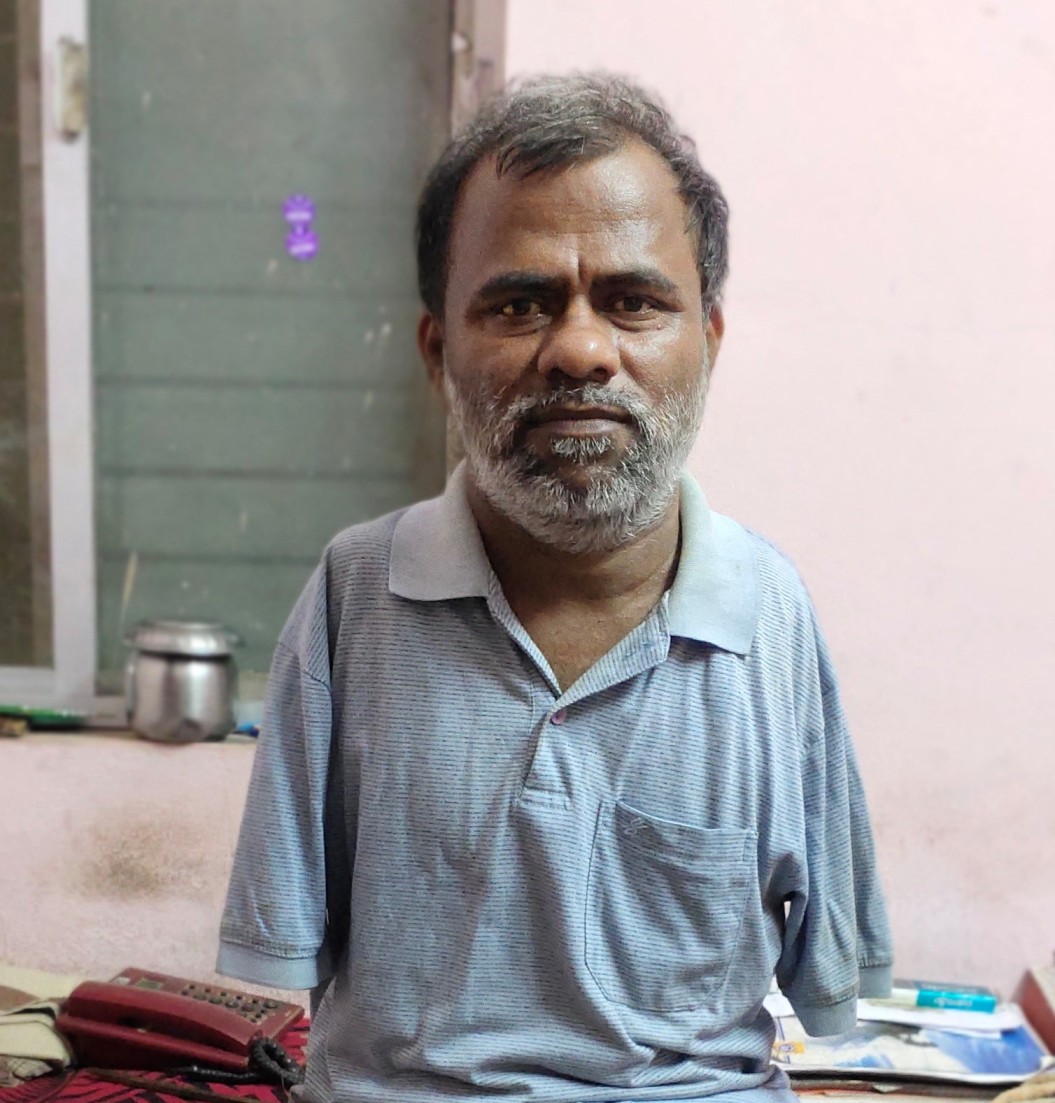 Kolhapur: A child who visited his uncle's house, thirty years ago for a family function, was oblivious of the events which would change his life forever. While playing on the terrace, the iron stick in his hand accidentally touched a high voltage transmission line and his life took a tragic turn.

When he gained consciousness, he realised that he was without his hands and legs. Doctors had to amputate them in order to save his life. He was in utter despair and pain at that time. However, that was not the end of his story. Against all odds, he fought and today he is earning enough to support his family.

The child is Mahesh Deshpande, who did not allow the accident to hinder his spirit of life and proved that one needs determination, perseverance, and willpower to bounce back in spite of hard times.

After the operation, he was in Mumbai for his physiotherapy. Dr. Mukesh Doshi motivated and trained him to walk on his knees. He partially recovered after his treatment and physiotherapy. He was then brought back to Kolhapur. His parents enrolled him in a school again. He learned to write by holding a pen in his mouth. He fought against all odds and secured 78 percent marks in 10th standard which boosted his confidence.

"Those were difficult days. However, my parents and my brother helped me to recoup both mentally and physically. They encouraged me to study. After gaining success in the 10th standard, I realised that I have the potential to excel in academics irrespective of my physical condition. I continued my studies and secured the first rank in my 12th standard. I eventually completed my graduation and started looking for a government job," says Mr. Deshpande.

The search for a job continued for three years but was of no avail. He finally decided to drop the plan and started his own endeavour of a tuition centre conducting English classes for students from 5th standard to 12th standard.

Nishikant Bidwe, a student of Mahesh fondly recalls his sessions. "I was a student of Mahesh sir for four years. He is an excellent teacher. I have learned not only English but several life lessons from him”. The current situation has made it difficult for students to attend Mr. Deshpande’s English classes. However, he is eager to resume classes post-pandemic.

"I am proud of him. I have seen his struggle and his success. He has never been a liability to the family, instead, he is supporting us financially," quips Meena Deshpande, mother of Mahesh.

Mahesh’s life continues to inspire all around him as he shines a light on possibilities in a world desperate for hope.