A Weekend Spent with Music

The NSoJ choir debuted with a very special performance in a glorious setting. 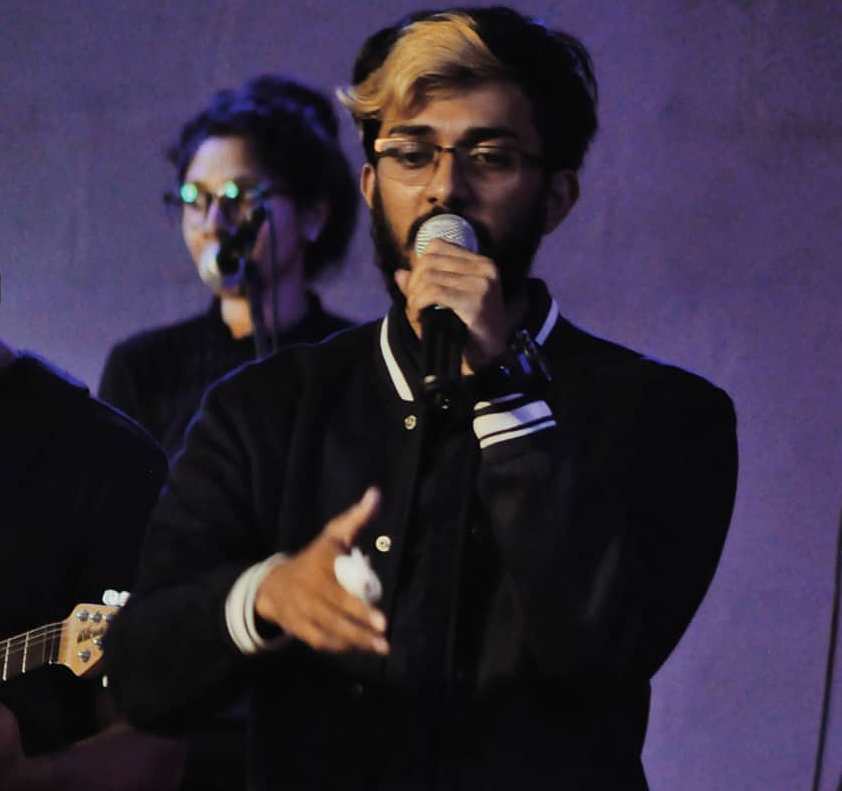 Avik from UG second year rapping at the NSoJ performance

It was a cold Sunday morning and as I stood by our college gate, waiting for the bus, I couldn’t help but think to myself, “Today will be the first time that the NSoJ choir performs live in front of an audience!” This thought made me extremely proud and at the same time, it made me nervous.

Amidst greenery and the echoing of calming birdsong lay our venue, the Glorious Promised Land, at the foothills of Nandi Hills, where we were to take part at the 29 th Glorious Gospel festival. As our bus packed with members of the NSoJ choir pulled up at the venue, we were taken aback by the beautiful sight of the mist-covered peaks of the Nandi hills.

We were greeted by a host of volunteers who led us towards the dining hall where we had breakfast alongside students belonging to choirs from across the city.

The event was to start at 10:30 a.m and, as the clock struck 10, hundreds of people began to trickle into the auditorium. The festival began with a heart-warming service conducted by The Harmonics, a Chennai-based choir comprising members who may be older than most of us in age, but were still young at heart.

Following their performance, we got to witness some of the best student choirs from across Bangalore, light up the stage. A few of the standout performances were that of St.Joseph’s college and Christu Jayanthi college.

As we grew closer to the lunch break, I knew that on the other side awaited us our performance. It was 1:30 p.m, the audience began taking their seats once again. Soon, the host announced, “Next up is the choir from the National School of Journalism!” As we got onto the stage, I could feel all eyes on us. We knew that everybody in the audience expected us to give them what every other group did, your standard choir performance. But we had a little something up our sleeve that nobody expected.

Our choir performance included entire verses rapped by our very own up-and-coming college rapper, Avik. This surprise got the crowd roaring in appreciation and they cheered us throughout our performance. This was our very first performance as a choir and it fills me with immense pride to say, we pulled it off, and how!

Our performance was followed by a power-packed session by Bangalore-based rock band Level Rode, who had everyone singing along to gospel rock.

Finally, a blissful day came to an end with all the choirs singing together and showing their eternal gratitude.