A troubled town, a twisted tale, an eye-opener

A series that makes you ponder over some of the deepest aspects of humanity, and cinema. 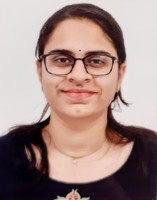 Dark is Netflix’s first original German mystery-drama series which traces the story of four families in a small town called Winden. Two children go missing in a cave amidst the woods, and the families embark on a desperate search for them, across three generations. You read that right.

Directed by Baran bo Odar, the cast, including Louis Hofmann, Lisa Vicari, Oliver Masucci and several others, does a phenomenal job as they slowly unravel the dark secrets of Winden that they themselves are unaware of, along with other sub-themes like mending family relationships and human emotional struggles. Amidst the developing storylines, we, as an audience, are left trying to grasp every little detail, trying to make sense of every small development.

Sci-fi at its best
Dark is a show that is spread across various timelines in the past and the future, taking us several decades back and forth in time. To top it off, there are four families who are much more connected than what we might come to believe.

Halfway through an episode, you might think you know a character, just to realise by the end of it that they’re a completely different person in a completely different reality. Or, the same person in a different timeline. Furthermore, the second and third seasons intersect the concepts of space and time, which means we need to keep track of multiple worlds at the same time. Enough work for our “little grey cells”, don’t you think?

Developing such deep plots with something that does not exist in reality, the creators really took some of the major sci-fi elements to the greatest possible extent. You cannot simply watch the series, you have to solve it. I had to make note of timelines, family trees and phone a friend, just to make sure I was on the right track.

On a deeper level
As an audience, we can’t help but wonder whether our lives would be different if sci-fi elements like time-travel existed in reality. What if everything in our past is affected by what might happen in our future? Would we live a different life today, make different choices, if we knew?

Creating a show which is in no sense an easy watch by making the best use of today’s advanced technology, the series makes us dwell on the power of human imagination. Can humanity achieve wonders by converting pure imagination into reality? It makes us ponder over one of the most debated topics - will technology really replace humans, when there is so much potential in humanity? It’s an endless debate, much like the series itself.

Dark also addresses certain philosophical concepts like good and evil, which makes us wonder whether beyond a point all that matters is perspective in life. If something that is evil in the present results in a greater good, would we perceive it as good, or evil? It’s all about perspective.

Finally, we come to realise that probably, events in our lives really are inevitable. We all have our stories to live, whether it’s already written or it’s something we write, which we might never know. We simply have to confront all the challenges life throws at us and enjoy the journey at the end of the day.

Weaving such deep ideas into an already complex storyline, making us question a lot of things we have come to believe in our lives, Dark is truly a masterpiece worth watching, if you haven’t already.