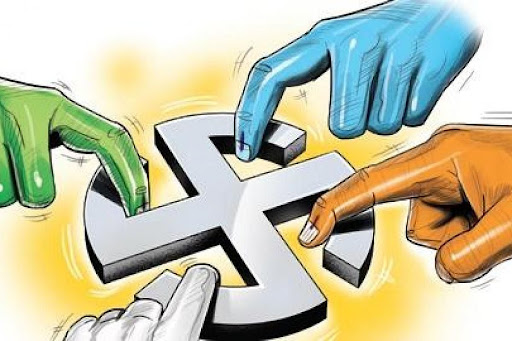 A trailing candidate and his ardent supporters often keep reassuring their other anxious compatriots of a reversal when a certain ‘bakhsa’ (EVM or Electronic Voting Machine), as in North India, would ‘open’. It is on those bakhsas and associated emotions of optimism or pessimism that we will focus on in this article.

Democratic India and elections have more than seven decades of shared history. As with the country itself, the dynamics of elections have evolved, arguably for the better. Easily, the most notable and impactful is the switch to EVMs from ballot boxes. One of the fundamental benefits credited to this has been the secrecy that it offers. However, the transparency extended by the Election Commission (EC) to the political parties by way of divulging details of every EVM, essentially demystifying the voting pattern of each and every booth, has sprung certain repercussions.

If the availability of voting data has made it easier for political parties and local leadership to tweak their campaign next time (so that their message better assuages the unimpressed voters), it has also armed them with ammunition to stereotype and segregate sections of voters.

Lack of electoral support from a voting booth (read, a village) may discourage the elected leader (say, an MLA) from working or listening to the grievances of people belonging to such a booth. In fact, this is actually happening. Hearing voters in the run-up to the crucial Uttar Pradesh assembly elections corroborates my concern.

The unhealthy side effects occurring due to supposed electoral transparency have the potential to trickle down to an individual level and not just be limited to a booth in general.

Most big parties or, even a local strongman testing his luck in the poll fray for that matter, has workers drawn from the most basic subdivisional entity of any constituency i.e, a booth. These workers, by the virtue of their social, geographical, and, at times, personal proximity, help identify and profile unsupportive voters.

This kind of profiling can spell serious trouble for a poor person in particular, who is more likely to be dependent upon his/her local representatives in order to access government schemes or navigate through day-to-day administrative hurdles. Since we live in times of deep and widespread religious polarisation where fear of violence and riots loom large, a section of voters may be indirectly forced to vote for the winning candidate/party to ensure their security in case of any untoward events.

In such prevalent scenarios, a voter is likely to trade his political awareness with that of fear and adversity.

So how does such a mindful voter take the call on his vote? This is where the ‘hawa’ comes to his aid. ‘Hawa’ or which way the wind is blowing, is nothing but the rife speculations surrounding the election result, and this dictates the choices of many voters.

Opinion polls have time and again been at the centre of controversy during every election. This time around too, such polls are being accused of manipulating voters' minds. Samajwadi Party chief Akhilesh Yadav has been demanding a complete ban over the practice.

These exercises, despite their claims of authenticity and transparency, have been consistently criticised, mainly on the grounds of the methodology's inadequate sample size. Most of these opinion polls eventually turn out to be incorrect, lending credence to the criticism.

For those rare ones ending on spot, to quote political economist Praveen Chakravarty- “a survey being right in some elections is not proof of its credibility or robustness, just as a broken clock is right twice a day.”

Despite their credibility being a subject of suspicion, opinion polls, in all real probability, could be influencing people’s voting choices. A simple examination like the Television Rating Point (TRP) of an opinion poll adds heft to the argument. In other words, the common public follows such an ‘election anemometer’ very closely.

This puts in context the fact that at least one-fourth of the voters remain unsure about who to vote for till the polling day. A post-poll survey by Lokniti-CSDS in 2019 estimated that out of every 100 voters, 65 made their minds at the very end of the campaigning. 30 out of every such 100 voters made a decision at the last moment.

It is here where, even if distrusted by many, seemingly malignant opinion polls have a huge scope of influencing voters. This phenomenon encourages bloc voting and further discourages distinct choices.

Prior to the introduction of EVMs, ballot boxes from 15 booths were intermingled. Therefore, the votes polled would lose their booth identity. The practice ensured ‘secrecy’. However, with EVMs brought into use, changes in the counting process have undermined ‘secrecy’ to a great extent.

As per The Hindu, in 2008 the EC had proposed ‘a totaliser which allows for counting of 14 booths at once’. However, it got little support from political parties. Till today, all of them unanimously oppose any such proposal. The Union government had recently informed the same to the apex court which is hearing a petition on the matter.

However, the need of the hour is to reconsider the practice of revealing booth-level data by subjecting it to the test of proportionality and weighing the benefits against the apparent drawbacks. Subsequent marking of voters dilutes the promise of secrecy. ECI and political parties must initiate fresh discussions and find a way out. Otherwise, this can manifest more pervasive and massive effects and diminish India’s electoral efficiency as well as the spirit of adult franchise.