A long way to go

A closer look at the first year of Maha Vikas Aghadi government in Maharashtra. 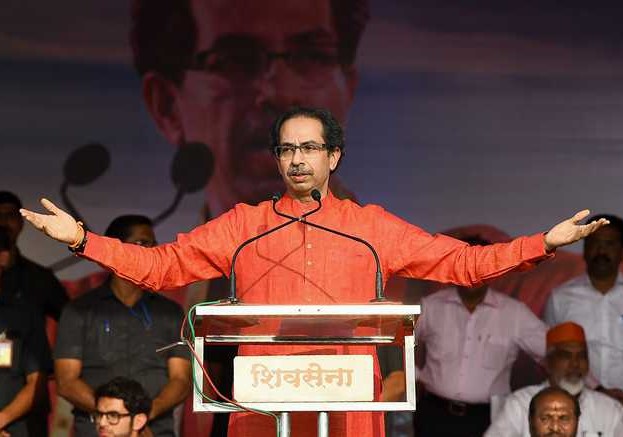 Bengaluru: The Maha Vikas Aghadi government in Maharashtra has been successful in maintaining its balance on three distinct pillars for a year now. Chief Minister Uddhav Thackeray has the steering wheel in his control, but the gears are operated by the Nationalist Congress Party (NCP) and the Indian National Congress. The Bhartiya Janata Party (BJP)’s leaders have constantly been speculating about the fall of this government. However, in spite of internal politics and aggressive opposition, the Maha Vikas Aghadi has completed its first year, and has provided a stable government.

The saffron alliance had a clear majority with 161 seats in the 2019 Legislative Assembly election. But the conflict over the Chief Ministerial post between the Shiv Sena and the BJP altered the course of State politics. It was assumed that the Shiv Sena would settle for less as the Devendra Fadnavis-led BJP had solid numbers. But Mr Thackeray, who was constantly criticised for his defensive stand, played it big this time. Under the guidance of NCP chief Sharad Pawar, the three-party coalition was born. When everything seemed to fall in place, a theatrical incident raised everyone's eyebrows. The presidential rule was revoked in the early morning of November 23 and it was followed by the swearing-in ceremony of Mr Devendra Fadnavis as Chief Minister and Mr Ajit Pawar as Deputy Chief Minister, thanks to the alacrity of Governor Bhagat Singh Koshyari. But this 'instant' government could not sustain more than four days as it had no majority. On November 28, Mr Thackeray was sworn-in as the new Chief Minister.

The past year has been a roller coaster ride for the government. It was criticised as being run by the bureaucrats instead of by politicians.

Maharashtra is the worst-hit state with the highest number of COVID-19 patients.
The government’s approach towards the pandemic has received mixed reviews. Internal politics has also been a concern for the Chief Minister. The conflict behind the curtains first showed up when more than a month was required to allocate ministries. Along with this, demolition of actress Kangana Ranaut’s unauthorised building, on a very short notice, and arrest of journalist Arnab Goswami were constantly making headlines along with the Sushant Singh Rajput death case.

In its first year, the government altered a few important decisions implemented by former Chief Minister Devendra Fadnavis. It has stopped the work of the Mumbai-Ahmedabad bullet train project which is considered to be Prime Minister Narendra Modi's dream project. It has also shifted the metro car shed from Aarey to Kanjurmarg. Samruddhi highway, which connects Mumbai to Nashik, is named as 'Hindu Hridya Samrat Balasaheb Thackeray Maharashtra Samruddhi Mahamarg.'

The Light bill issue is heating up with each coming day, farmers’ loan is yet to be resolved, and COVID-19 cases are spiking post-Diwali. In spite of all these challenges, it will be interesting to see whether or not Mr Thackeray takes full control of the government or Mr Fadnavis's bold claim "me punha yein" ( I will come back) will come true.